Super funds brace for admin blowout, call on ATO to do more

The superannuation industry is bracing for an escalation in the already mounting demand for services and the potential for identity fraud, as the body representing the non-profit sector calls on premiers to exclude the sector from city lockdowns.

Extreme market volatility has led to a spike in spooked account holders picking up the phone to demand answers from funds. AustralianSuper has seen call volumes blow out to 6500 per day, a third more than normal. This, combined with the federal government’s emergency scheme to allow early access to super for those whose jobs have been affected by the coronavirus pandemic, is putting an unprecedented strain on the administration capacity of funds. 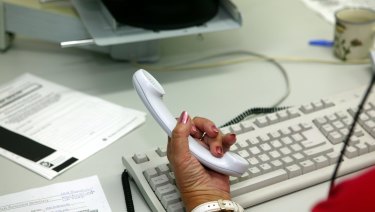 A spike in spooked account holders demanding answers from funds and an emergency scheme to allow early access to super is putting pressure on the administration capacity of super funds.Credit:

The Australian Institute of Superannuation Trustees has called on state premiers to recognise superannuation as an essential service to enable employees to continue working from call centres and other office locations. The letter, signed on behalf of 40 of the largest funds, said government changes to super "mean the volume of payments to members is likely to increase substantially in coming months".

"While some core services can be provided remotely by some super funds and their administrators and insurers, not all super funds have the functionality to process transactions or manage call centres remotely," the letter said.

"We urge you to consider including superannuation funds and their key providers, in particular administrators and insurers, as essential services … this would allow super funds that need to, to have staff on site to manage the influx of payments to those who need to access their super due to the current crisis, as well as those under claim for insurance and retirees who already receive regular payments."

While early access to super funds has already been available in times of extreme hardship and there are mechanisms in place, the volume of expected applications has never been handled before, prompting concerns about how to manage the situation.

AIST chief executive Eva Scheerlinck told The Age and Sydney Morning Herald super funds were "not transaction businesses" used to dealing with large volumes of outgoing payments. "Some people think their super is like a bank account, that there's a great big vault with all this cash in there but the reality is very different of course," Ms Scheerlinck said.

The majority of members are still in accumulation phase, meaning funds do not have bank account details stored. Under the system brought in by the government, Australians will go through myGov and the Australian Taxation Office to apply for early access to super. Those approved applications are then sent onto the funds to "manually" process payments. But Ms Scheerlinck has joined a chorus of superannuation groups in calling for the government to be fully responsible for the processing.

"They [the ATO] have really good processes around proof of identity. They also have access to people’s bank account details," she said. "If this measure is all supposed to be about trying to get people their money as soon as possible, to cut out administrative hurdles for super funds and have the ATO do the initial administering, that would get the money into members hands a lot quicker."

A major provider of admin services for the super sector, Link, supported AIST's demands, as it dealt with a 50 per cent rise in member queries.

"These have ranged from questions about the investment strategy and asset allocation of their portfolio, queries regarding the early access policy, and an increase in members seeking financial advice through their superannuation fund," Link chief executive Dee McGrath said.

"We are prioritising particularly urgent services such as requests for access to superannuation under hardship, increasing insurance coverage and pension payments.”

Dr Martin Fahy from the Association of Superannuation Funds Australia agreed and reminded account holders to refrain from calling their funds about early access right away. 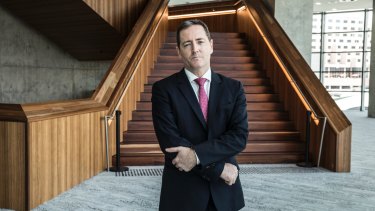 "They're not eligible until mid-April. Keep an eye on your fund's website. Please do not contact your fund today about this. It's not open, the legislation has not been passed. Let's deal with this in mid-April," Dr Fahy said.

Hostplus chief executive David Elia flagged concerns about fraud, claiming there was a "real and heightened level of risk around this early release scheme arising from identity fraud".

Industry Super Australia said that co-ordination with government and the Australian Tax Office will be "vital" to ensure it runs smoothly.

Labor sources also flagged fraud concerns saying it could give rise to a cottage industry of go-betweens offering the public help to access their super in order to take a cut or get access to their myGov details.

Smaller funds are particularly concerned about their ability to handle a flood of applications, particularly given the majority of their employees are working from home, which they said makes it harder to bring in drastic changes. One of the proposed measures is for real-time reporting to make it clearer which funds may be under pressure due to a spike in applications, such as smaller funds and those serving the hard-hit retail and hospitality industries.

The government's legislation will allow Australians to access up to $10,000 of their super between mid-April and July, and a further $10,000 in the three months following.

Get our Coronavirus Update newsletter for the day’s crucial developments at a glance, the numbers you need to know and what our readers are saying. Sign up to The Sydney Morning Herald’s newsletter here and The Age’s here.