Home » Markets » SoftBank funds tech giants. But they're not all successes

SoftBank funds tech giants. But they're not all successes

Hong Kong (CNN Business)SoftBank announced a mammoth plan Monday to sell $41 billion worth of assets, buy back shares and shore up its finances, giving the company’s stock its best day in more than a decade.

The plan involves selling or liquidating up to 4.5 trillion Japanese yen ($41 billion) worth of holdings, which the Japanese tech group says will help it repurchase up to 2 trillion Japanese yen ($18 billion) in stock, its second big buyback in a month.
The remaining funds will be used to pay off debt, buy back bonds and improve cash flow, according to the company. It said the transactions would take place over the next year.

SoftBank (SFTBF) stock skyrocketed 18.6% in Tokyo after the plan was announced. It’s the company’s biggest daily percentage jump since November 2008.
SoftBank Group shares have lost nearly half their value in the past year as its splashy $100 billion Vision Fund struggles to move past a string of embarrassing losses. The company last month reported an almost complete knock-out in profits for the quarter ending December, largely due to the tech fund’s bad bets on companies such as WeWork and Uber (UBER).

Fallout from the coronavirus pandemic and fears of its impact on global business and the economy, meanwhile, has shaken investors everywhere. SoftBank hasn’t been immune: Its stock has cratered more than 30% since the start of the year.
The company said in a statement Monday that it “believes its shares are substantially undervalued.” It did not specify which assets were being considered for sale, and a spokesperson declined to comment on the matter.
The Japanese firm had already recently taken steps to shore up its flagging share price. Earlier this month, the group announced plans to buy back up to 500 billion Japanese yen ($4.5 billion) in stock, vowing “to enhance shareholder returns.” Taken together with the new measures, it now plans to buy back 45% of shares.
“This program will be the largest share buyback and will result in the largest increase in cash balance in the history of [SoftBank Group],” CEO Masayoshi Son said in a statement. “This will allow us to strengthen our balance sheet while significantly reducing debt.” 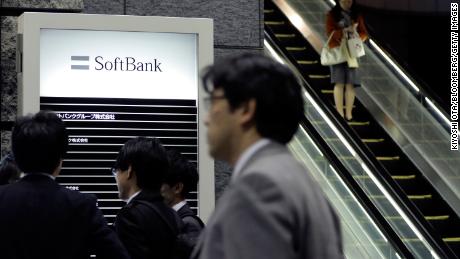 Son, who is also the company’s billionaire chairman, has suffered a major crisis of confidence as a result of the Vision Fund’s woes. But he has promised to address investors’ concerns, saying that he has learned from his experience dealing with startups such as WeWork.
SoftBank has also vowed to step up its corporate governance efforts. It said Monday that it had hired an independent search firm to look for up to three potential new board members that could join the company later this year.
Source: Read Full Article