Australia’s ambitious plan to ban the exportation of plastics, paper, glass and tyres by June 2020 has spurred entrepreneurial minds into action.

Small businesses around the country are using recycling innovation in an effort to reduce the whopping 67 million tonnes of waste Australians create each year.

Stephen Richards plans to open up to 26 plastic recycling facilities in major cities across the nation with five set to open before July this year. 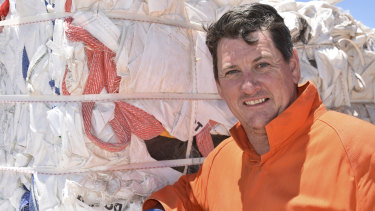 The recycling plants will specialise in transforming bags used to hold materials weighing 15kg and more.

This year his business is launching a campaign called Big Bag Recovery to collect bags from businesses across the agricultural, retail and hospitality sectors.

"We had been planning for 12 months to build a network of regional processing facilities to actually turn recovered plastic bags back into resin and then start to manufacture products here in Australia regionally," he says.

"It really focused us in terms of knowing we were on the right track for the Big Bag Recovery Program."

Recycling plants will convert the plastic bags into sound reduction panels used alongside highways and evaporation balls to preserve water storages. The difficulty for Richards is not only securing private investment, but obtaining the actual recycling equipment.

"What people don’t understand is there is a global shortage of recycling equipment," he says

"We are competing with America and here in Australia, every single state is bustling to get in front of the other to put legislation and facilities in place.

"Each of these plants costs around $6.5 million."

Thanks to partnerships with big businesses such as Incitec Pivot and Impact Fertilisers, Industry Waste Recovery currently recycles bags offshore under a stewardship business turning over $2.5 million per year.

With the support of Tyre Stewardship Australia, Australian entrepreneur Gary Bullock is recycling 10,000 tyres from Australia and 500,000 globally per year into blast-proof materials.

Bullock, a structural engineer, set up his company Flexiroc Australia in 2014 after buying the rights to a rubber concrete made from recycled tyres.

It has since been used as a surface material for racecourses and more commonly as precast, blast-proof panels. 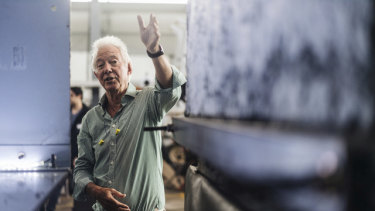 Gary Bullock is the founder of Flexiroc Australia which recycles 10,000 tyres from Australia. Credit:Aristo Rizzi

"It’s great for sports surfaces and absorbs a lot of energy, so I thought ‘Why don’t we hit it with some bullets?’, so we did some ballistic testing and it exceeded the NATO requirements of ballistic protection," Bullock explains.

"Ballistics and blast took over after that, particularly in the US market. I started to play with precast concrete, making precast panels, and it went off fantastically – better than anything else around.

Bullock estimates Flexiroc has spent $1 million in research and development in the past year, outstripping its revenue of $750,000, which is largely generated from licences and royalties.

Thanks to a newly signed deal with a Middle Eastern country’s defence department (a confidentiality agreement means Bullock cannot reveal the exact country) and development of a spray-on rubber concrete, the company hopes to lift next financial year’s revenue to $1 million.

Fellow entrepreneur Rhianna Knight is also hoping to raise the revenue of her company, Team Timbuktu. The outdoor fashion brand, which sells clothing made from recycled plastic bottles, made $100,000 in 2019. Now in its third year of trade, she is aiming for $200,000.

"It’s pretty wild when I think about it, that’s a lot of stretchy pants!" Knight says.

"The message is resonating with people, they can see that it’s not greenwashing and I’m not doing it just to sell more product for the sake of selling product. 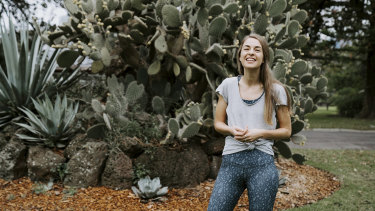 Rhianna Knight is hoping to increase the revenue of her company, Team Timbuktu.

"I’m trying to educate my customers about the impact of fashion and what they can do to reduce their footprint and also get off the couch and do something cool."

Approximately eight to 10 plastic bottles are sterilised then melted down and converted into fabric to make one pair of leggings.

With her sustainability branding, Knight says she occupies a niche space in fashion. But not for long.

"I think within a couple of years we’ll be losing our competitive edge on that, which I’m completely fine with because I think that’s where all businesses should be heading," she says. "They should be looking to reduce impact and customers are starting to demand that as well."