Investors are piling into ASX pot stocks as the local industry is buoyed by hopes a Biden presidency will help accelerate a new era of cannabis research.

Lifespot believes it is the first time a major US cannabis investor has taken a stake in a local startup.

"I think Australia is one of the leading areas in research medical cannabis," Lifespot chief executive Matthew Golden. "After law changes that we saw a few years ago, Australia has been able to capture much better clinical research capabilities." 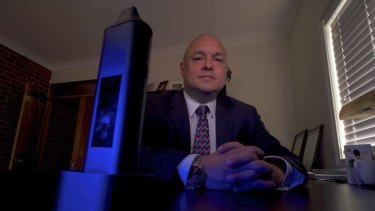 The company is focused on bringing a cannabis inhaler called Medihale to market, believing the vaping product can attract global demand.

Ela's initial stake in the business, which will be worth just under $800,000, will help boost the company's strategic position as global cannabis stocks eye opportunities after President Joe Biden's inauguration this week.

The President-elect has traditionally been tough on drugs but the industry hopes a Democrat-led administration could help research-focused cannabis businesses thrive.

The Democrats look likely to allow financial institutions to work more freely with cannabis companies and help boost scientific research behind the drugs.

"Regardless of whether it was the Democrats or Republicans, the industry was going to move towards a more open market," Mr Golden said.

"I think with the Democrats, you are probably going to see a more science-based approach, and … whether there is scientific evidence which is supportive [of products]."

Local cannabis stocks spiked at the end of 2020 after the House of Representatives voted in favour of the MORE Act, which was seen as a major first step towards national decriminalisation of marijuana in the United States.

This helped to build momentum that was already growing among some small cap cannabis companies. Alex Waislitz-backed Zelira Therapeutics is up 75 per cent over the past 12 months. 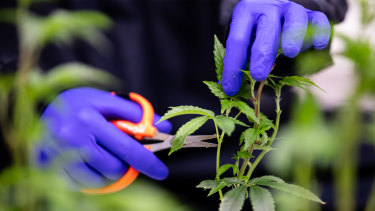 Shares in Incannex, which counts former Ellerston boss Glenn Poswell among its investors, has gained 112 per cent over the past year as it advances trials for cannabis and magic mushroom-based therapies.

Co-founder of Lifespot investor Cannvalate, Darryl Davies, said he expected 2021 to be a big year for medical cannabis as the push to further deregulate products in the US continues. "It will likely transition towards being regarded as part of mainstream medicine," he said.

Australian companies now had the opportunity to build up clinical evidence that products that were previously only used on the "black market" would be effective.

"There will no doubt be an influx of new players coming io the market, both in Australia and internationally," Mr Davies said.