Activist superannuation fund Future Super is aiming to triple its funds under management by the end of this decade, amid a push by regulators to name and shame dud funds and force greater industry consolidation.

Future Super chief executive Simon Sheikh said mergers will be a key part of the superannuation fund’s strategy to grow to $30 billion in assets by 2030, after announcing a deal with global insurer Aon’s superannuation business, SmartMonday. 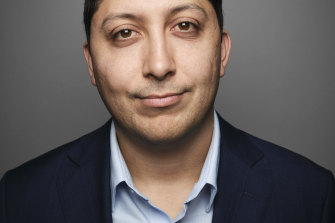 In the deal announced on Tuesday, the two funds will merge back-end operations but retain independent branding and Mr Sheikh said the funds will be eventually combined under a single ethical investment strategy to create a $10 billion entity.

Once complete, the merged entity will leapfrog ASX-listed Australian Ethical, which manages around $6 billion, to claim the title of the country’s largest ethical super fund.

The Australian Prudential Regulation Authority (APRA) has increasingly put pressure on the $3.4 trillion superannuation industry to consolidate, and has forecast that funds with less than $10 billion will struggle to compete.

Future Super’s product tailored for women, Verve Super, was named last week in APRA’s heatmaps as having excessively high fees and Mr Sheikh said the deal with Aon’s subsidiary will reduce fees across all its products.

Mr Sheikh, who was formerly the national director for activist organisation GetUp, said his fund had not received direct pressure from the regulator, but he was conscious of the trend towards creating larger super funds that can use their scale to reduce fees and boost member returns.

“We are not one of those funds that puts our head in the sand and says these things don’t matter,” he said. “We want to make sure fees are not a barrier to members investing ethically.”

Mr Sheikh said APRA had articulated that $10 billion was a “red line when it comes to size” and said the fund was in active discussions with a “large number” of funds wanting to merge, adding he would prioritise partnerships with technology-focused funds.

“Future Super is most definitely announcing through this transaction that we’re open for business when it comes to mergers and acquisitions. We have ongoing discussions with other potential partners happening right now.”

However, Mr Sheikh said the majority of Future Super’s membership growth came from member referrals, and he continues to see this as being integral to its growth.

The superannuation industry has undergone a period of rapid change this year, with the federal government introducing a wide range of reforms that dismantle the default system and encourage consumers to make informed choices about their super.

Future Super does not invest in fossil fuels and uses social media to run campaigns targeted towards millennials. Mr Sheikh said his fund would benefit from tailwinds including the rising popularity of ethical investment strategies and the new ‘stapling’ measure that ties a worker to one fund.

Future Super has relied on marketing to grow its membership base rather that deals with employers, and Mr Sheikh said this will continue to be the case, adding the fund’s average member was 29 years old so the fund’s assets will naturally grow over time.

“Every single member in Future Super has made a choice to be there,” he said. “There is no default offering for the core Future Super fund. That positions us beautifully when it comes to the shake up of the default system.”