New York (CNN Business)Bitcoin prices continue to skyrocket and the cryptocurrency is now within striking distance of its all-time high from December 2017.

Bitcoin briefly surged above $18,000 on Wednesday, having passed the $15,000, $16,000 and $17,000 milestones in the past few days. The record high for bitcoin is just below $20,000. The total value of all the bitcoins in circulation is now more than $300 billion — also near an all-time high.
The cryptocurrency, which has more than doubled in value this year, has picked up steam lately for a variety of reasons.

Bitcoin, like gold, has benefited from a weaker dollar. Investors increasingly view bitcoin as a viable alternative to paper, government-backed currencies.
The dollar could remain in the doldrums for awhile — especially since most market experts expect the Federal Reserve to keep interest rates at zero for the foreseeable future.

“There is a lot stimulus happening globally,” said Rich Rosenblum of GSR Markets, a crypto trading firm. He noted that the devaluation of the dollar and other currencies could push bitcoin even higher.
Top investors like hedge fund managers Stanley Druckenmiller and Paul Tudor Jones have embraced bitcoin as an investment lately. Financial technology giants Square (SQ) and PayPal (PYPL) are endorsing it as a viable form of payment.
“This bull run is different than 2017. We’re seeing adoption from major players,” said Alex Adelman, CEO and co-founder of Lolli, a bitcoin rewards company, in an email to CNN Business. “They’re all betting big on bitcoin as a safeguard against inflation, uncertainty, and the turmoils of 2020.”
Bitcoin bull Mike Novogratz, who runs crypto asset firm Galaxy Digital, told CNBC Wednesday that he thinks bitcoin prices could climb as high as $60,000 next year. And a strategist at Citi wrote in a report this week that it was possible for bitcoin to soar all the way to $318,000 by the end of 2021. 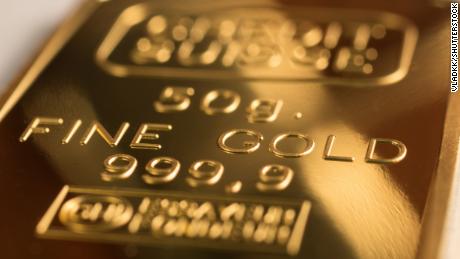 Still, bitcoin is not for the faint of heart.
The price has often soared and dipped — sometimes in a matter of hours or minutes — and is subject to mini flash crashes. Prices also plunged in March — along with just about everything else — when coronavirus ground the US economy to a standstill.
Some experts wonder if bitcoin will have trouble moving much higher from here given how explosive the current rally has been.
The $20,000 level could be a “psychological barrier,” said George McDonaugh, managing director and co-founder of cryptocurrency and blockchain investment firm KR1, in an e-mail to CNN Business.
McDonaugh said that some long-time bitcoin bulls, people known in the crytpo community as HODLers (which is either a misspelling of hold or acronym for “Hold On for Dear Life” depending on who you ask) may finally look to take some profits and sell if bitcoin passes the $20K milestone.
“Be warned…as we’ve seen so many times in the past, Bitcoin can surprise,” McDonaugh said.