Home » Markets » Nature risk is the next big theme in responsible investment. But what is it?

Nature risk is the next big theme in responsible investment. But what is it?

As the weather becomes more unpredictable and extreme, Leather has trained herself to stop being surprised.

“We started to think, there’s nothing that couldn’t happen,” she says. “That thought process of, ‘that wouldn’t happen here’, is probably not true.” 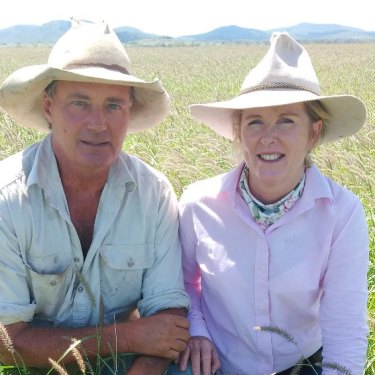 Over the past two decades, Leather has become a leader in sustainable agriculture. Diesel generators on the property have been replaced with solar-powered pumps. Cattle rotate through paddocks to graze and Leather has ramped up planting of Leucaena, a fast-growing crop that tackles soil health, water retention, cattle emissions and biodiversity all in one hit.

The changes are partly driven by shifting consumer demand that favours ethical farming, partly because Leather believes it’s the right thing to do, and partly because banks and investors have started to require it.

“To have a successful business, you have to protect your environment,” she says. “Without doing that, you’re putting yourself at financial risk.”

Farmers are at the forefront of an emerging type of financial risk that investors are starting to factor into decisions around whether to provide finance, and at what price.

‘Nature risk’ is related to climate risk, but looks beyond carbon emissions to measure how a company is impacting a broader range of natural assets, including biodiversity, water, soils and landscapes. 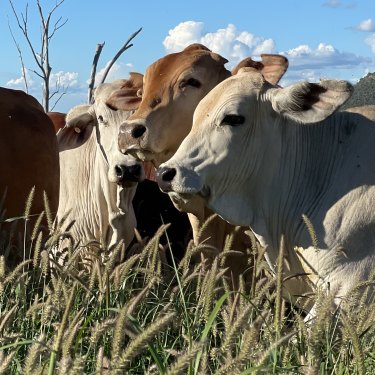 Cattle that feed on Leucaena (pictured) release between 2 and 14 per cent less methane emissions. Credit:Melinee Leather

The World Economic Forum’s Global Risks Report this year ranks two nature risks – biodiversity loss and ecosystem collapse – as among the top five economic risks for this decade. Similar to how financiers have divested from industries such as thermal coal to reduce climate risk, farmers could soon find it harder to secure a loan if they fail to address nature risk.

Research by global asset manager First Sentier Investors found $44 trillion, more than half of the world’s total gross domestic product, is moderately or highly dependent on nature, with agriculture being in the top three industries that are most exposed to nature loss.

“With such a big chunk of GDP dependent on nature, it poses incredible financial risks,” First Sentier’s responsible investment specialist Kate Turner says. “It’s very connected to climate change…. but it’s very much a risk in its own right.”

Much like climate risk, Turner explains there are three main types of nature risk: physical risks through the degradation of natural assets that a company relies on for profits, transition risks including harsh penalties for damaging natural assets or new regulations, or systemic risks.

The current health crisis is one key example of systemic nature risk. Without commenting on the origins of COVID-19, Turner says there has been an “extraordinary increase” in the number of zoonotic diseases, where germs are spread between animals and people.

“What the research is suggesting is, as there is more and more loss of nature and the habitat for wildlife, then wildlife is coming into closer contact with humans, and we’re seeing a much higher instance of diseases being transferred from animals to humans.”

At the heart of the problem, Turner says, is that nature has been under-valued.

“We don’t properly value nature in an economic sense. Nature has been providing us with all these goods and services for free, therefore it is open to exploitation, and we have exploiting it for many years now and we’ve landed in this situation where demand is outstripping supply.

“So we need to start to value nature more appropriately.”

The National Australia Bank is the largest lender to the country’s agricultural industry and the only major bank to sign the Natural Capital Declaration in 2011 – a commitment from CEOs around the world to integrate nature risk into decision-making.

NAB’s head of sustainability governance and risk, Rosemary Bissett, says biodiversity is the “canary in the natural capital coal mine”. For example, species extinction among animals that pollinate plants is a major risk to profitability for farmers. 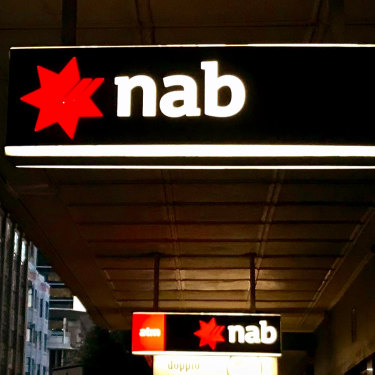 The National Australia Bank is the largest lender to the country’s agricultural industry.Credit:

“Much of our system of food is dependent on pollination,” she says. “Two thirds of the world’s pollinators are at risk. These are material issues, they’re being noted and now coming to prominence.”

NAB is now working with its agricultural customers to ensure they’re protecting themselves against biodiversity loss, as well as other natural capital risks, such as soil health and water availability.

If recognising the risk is the first step towards minimising it, measuring the risk is the next. In September, Australian executives from Macquarie Group, Deloitte and KPMG joined a global group working to develop standards for disclosing nature risks.

While Europe has already mandated corporate disclosure on biodiversity, Turner says there is a long way to go. “In Australia and globally, we’re still at the very beginning of our journey on this,” she says. “As disclosure gets better, that will set the path for being able to manage the risks better.”

This year, COP15, the UN Convention of Biological Diversity, was regarded as the most important biodiversity conference in a decade. In a parallel meeting to COP26, countries signed off on a post-2020 Global Biodiversity Framework – a set of goals and targets for the next 10 years that countries, including Australia, will seek to deliver together.

‘There’s always a risk of regulation if we do nothing. We as an industry need to be proactive. We need to be transparent.’

As governments prioritise protecting biodiversity, Turner says this raises the broader suite of nature risks for investors. She provides the example of washing machine manufacturers that have been hit with greater regulations to protect oceans.

Turner says First Sentier Investors has been engaging with these manufacturers to encourage the use of filters that prevent microplastics from being released into the oceans. “Because one, it will reduce a major source of pollution, but also because we’re seeing countries have either introduced or are starting to introduce regulation to require them to do this. That’s obviously a big commercial risk for the washing machine manufacturers we invest in.”

Large investors are also taking note. The Australian Council of Superannuation Investors (ACSI) released a report in November calling on its members, which manage more than $1 trillion, to start prioritising biodiversity loss in boardroom conversations.

“The investor response to climate change risks and opportunities holds several lessons for the treatment of biodiversity. The two risks are closely interlinked, and are similar in scale and urgency,” the report said.

Leather is taking note of the international developments and says the agricultural industry should be on the front foot. “There’s always a risk of regulation if we do nothing. We as an industry need to be proactive. We need to be transparent.”