London (CNN Business)Oil prices have surged this week on hopes that an effective coronavirus vaccine could be approved before the end of the year. The rally is starting to look premature.

Major oil producers and the International Energy Agency (IEA) are slashing their forecasts for demand, saying that the resurgence of the coronavirus in Europe and the United States is weighing on fuel consumption again.
The IEA said Thursday that it now expects oil demand to decrease by 8.8 million barrels a day this year, compared to its forecast last month of a reduction of 8.4 million barrels. It downgraded demand forecasts for the second half of this year, and the first quarter of 2021.

“Vaccines are unlikely to significantly boost demand until well into next year,” the Paris-based group said in a report. It expects demand to rise by 5.8 million barrels a day next year, 300,000 barrels a day more than its previous forecast. That will leave global consumption still well below levels seen before the pandemic collapsed demand for jet fuel and gasoline. 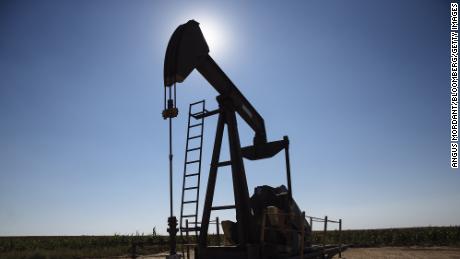 Preliminary data showing that a potential Covid-19 vaccine developed by Pfizer and BioNTech is highly effective pushed Brent crude futures above $45 a barrel earlier this weak, their highest level in more than two months, as traders bet that a vaccine would spur economic activity and encourage a return to travel. Brent was around $44 a barrel on Thursday, with West Texas Intermediate, the US benchmark, trading at $41.50 a barrel.

But a second wave of coronavirus lockdowns across Europe, and the threat of further restrictions in the United States could delay the economic recovery and will depress oil demand. Just last week, oil prices were sliding on fears that major economies will shrink in the fourth quarter.
“In our view, oil prices are enjoying the last leg of a vaccine-rally which may fade out soon, as fundamental realities start to sink in,” Rystad Energy’s head of oil markets, Bjornar Tonhaugen, said in a note to clients on Wednesday.
“The problem is, acceleration in demand will not happen just because of positive news from vaccine trial results — it’s the lockdowns that must succeed in bringing spiraling Covid-cases under control,” he added. 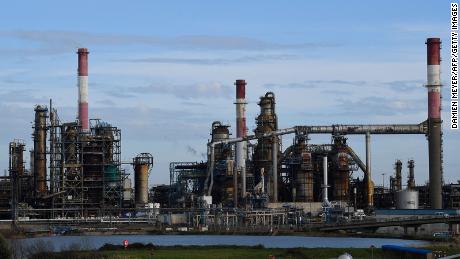 The Organization of the Petroleum Exporting Countries (OPEC), which includes Saudi Arabia, said Wednesday that weaker than expected demand in the US transport sector and lockdowns in Europe will be a drag on crude. “The oil demand recovery will be severely hampered and sluggishness in transportation and industrial fuel demand is now assumed to last until mid-2021,” the group said.
It expects world oil demand to contract by around 9.8 million barrels a day this year, before growing by 6.2 million barrels a day next year, a downward revision on last month’s assessment.

For now at least, oil prices are holding on to gains in the expectation that OPEC and its allies, including Russia, will hold back scheduled supply increases. “There have been many indications from both Saudi Arabia and Russia — the de facto glue of the oil-cutting alliance — that it will be possible to delay production increases [of 2 million barrels a day] starting January 2021,” Rystad’s Tonhaugen said.
Discussion among OPEC members suggests the group could postpone the planned unwinding of production cuts by around three to six months, according to Commerzbank analysts. But this will not be enough to prevent oversupply, particularly given rising production in countries that have not agreed to cuts, such as Libya, they said in a research note on Thursday. Oil prices face a “fundamental unfavorable environment,” they added.
Source: Read Full Article