Magellan chief reflects on ‘winners and losers’ in post-coronavirus world

Magellan chief executive Hamish Douglass has questioned who the "winners and losers" of the coronavirus pandemic will be, as sliding asset values caused the company's funds under management to slide by $6.6 billion in one month to under $100 billion.

Mr Douglass warned investors the crisis could lead to fundamental and permanent changes to consumer behaviour in an update on the fund's global equities strategy via video link last Wednesday. 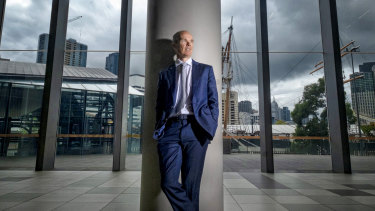 "We know significant events, like a world war or depression, have lasting impacts on consumer behaviour," he said. "The cruise line industry would be an obvious example."

"This will create relative winners and losers."

The travel industry would be one of the hardest hit by the fundamental and lasting changes, Mr Douglass warned, as retirees could come to fear international voyages and businesses may determine travel expenses are discretionary.

Mr Douglass said the fund had been asking questions about wider consumer trends and tweaking the investment strategy based on these discussions: "Will people dine out less in restaurants? Will there be less conspicuous consumption? Are people going to change their hygiene habits? Is there going to be a fundamental change in how people work? What is going to happen to the personal savings rate? Are people going to delay renovations on their houses?"

The chief executive also reiterated the recent changes to its global equity portfolio's investment strategy, including increasing the cash component from 6 per cent to 15 per cent.

The companies that make up the bulk of the portfolio include utilities, telecommunications infrastructure, technology stocks, like Microsoft and SAP, Chinese tech platforms, including Tencent and Alibaba, and "consumer staples" like Nestle and Pepsico. "We believe these companies are likely to be resilient in this environment," Mr Douglass said, before adding the balance sheets of the companies were being closely monitored. 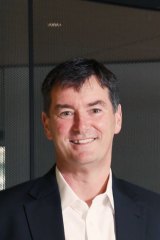 The portfolio held no stocks in industries deemed most vulnerable to the crisis: banks, energy companies, airlines, travel-related companies and property trusts.

"This is a complex, fast moving and unprecedented situation and we will continue to manage the portfolio to protect capital … as Warren Buffet says, ‘To finish first you must first finish’."

In a disclosure to the ASX on Monday morning, Magellan declared its funds under management had dropped from $100.6 billion to $93.9 billion, as the coronavirus pandemic continued slow global growth and push asset values down.

This came as Magellan's head of infrastructure, Gerald Stack, last week defended the fund’s infrastructure portfolio, claiming investments in essential services such as energy, communication and transport will suffer in the short-term but remain "attractive" in the long term.

"While we expect that some of these companies will reduce their dividends in the short term, our experience of previous demand shocks in the transport industry gives us confidence that the demand for transport will recover over the longer term, which will lead to resilient earnings and dividends," he said.