Insurance Australia Group will refund travel insurance premiums for holidays that have been cancelled or cut short, and allow stricken small businesses to defer their premiums, as the insurance industry works on plans to support customers hit by the coronavirus crisis.

The country's biggest general insurer, which trades under brands including NRMA, CGU and SGIO, this week announced a support package for customers affected by the global pandemic. 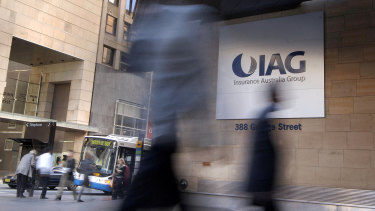 IAG said it would allow small businesses to defer premiums for up to six months.Credit:Bloomberg

Other big insurers including QBE and Suncorp are working on similar measures, which require regulatory approval and are expected to be announced shortly.

Under the changes announced by IAG, the company said it would allow travel insurance customers to get a refund on the portion of their cover that had not been used, without charging cancellation fees. For example, someone who has come home two weeks into a planned four-week holiday would get a 50 per cent refund, while a customer who has not gone on their trip will get a full refund.

IAG also said all of its small business customers could suspend their regular premiums, while still retaining their cover, for up to six months. If customers make a claim during the deferral, their premiums would be deducted from any payout, it said.

With thousands of shops being forced to close to slow the spread of coronavirus, IAG said unoccupied premises would normally attract higher premiums because leaving buildings vacant leads to higher risk. But it said it would not increase premiums for firms that were forced to close and wanted to retain their insurance.

"We are working hard to implement these measures as soon as possible and we recognise that this
is one more disaster our communities have to face in what has been a catastrophic start to 2020," IAG chief executive Peter Harmer said.

The announcement comes as the wider industry, including Suncorp and QBE, prepares a support package for clients affected by the coronavirus crisis.

A spokesman for QBE, which provides types of general insurance but not travel cover, encouraged customers in hardship to contact the company to discuss assistance that could be provided. 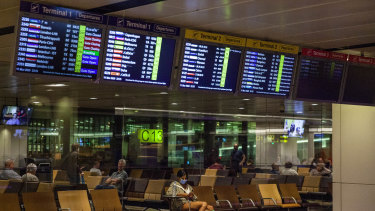 The travel industry has been hit hard by the coronavirus pandemic. Credit:Bloomberg

"The industry has been collaborating on a package of measures that can be extended to support Australians at this time, in addition to the support that insurance cover will already provide. These require regulatory approval and QBE will fully implement the package as soon as approvals are received," the spokesman said.

As large companies face calls from the government to support the economy during a severe shock, IAG also said it would halve the time it takes to pay suppliers from 30 days to no more than 15 days.