The Insurance Group of Australia has been forced to downgrade its profit forecasts after the major insurer underestimated the number of claims related to extreme weather, prompting calls for government intervention to stop premiums becoming unaffordable.

IAG shares fell over 6.5 per cent in early afternoon trade to $4.52 after reporting it would exceed expectations for natural perils claims by $280 million, which would hurt its insurance margin (a key indicator of profitability) guidance for the financial year by around 3 per cent. 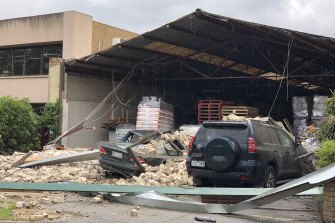 The Insurance Council of Australia declared an insurance catastrophe last week to prioritise claims related to the severe storms, hail and flash flooding that wreaked havoc on property and infrastructure across South Australia, Victoria, Queensland and Tasmania.

IAG, owns brands including NRMA Insurance, CGU and WFI, reported it had received around 14,000 claims to date, with the numbers expected to continue rising this week, surpassing the maximum retention of $169 million allowed under IAG’s catastrophe program.

IAG has consistently underestimated the cost of extreme weather claims, and last week suffered a shareholder strike over remuneration after the company sought to award bonuses and pay rises to executives despite posting a $1 billion loss amid mounting governance failures.

Allan Gray managing director Simon Mawhinney, who does not own IAG stock but has holdings in QBE and Suncorp, said insurance premiums are going to rise to ensure pricing reflects the rising risks of natural perils, that is becoming more severe and frequent as a result of climate change.

The insurance industry has warned policyholders may soon be priced out of home and business insurance in areas that are more prone to extreme weather. Mr Mawhinney said rising premiums may impact house prices in affected areas or cause migration and called for some form of government “safety net” to ensure insurance remains affordable.

“Premiums are going up, they have to go up otherwise these companies will go bankrupt and this essential service can no longer be given to households,” Mr Mawhinney said.

“It’s not to say there is an emergence of geographical areas in Australia that is uninsurable, everything is insurable. The issue here is the people living in those areas cannot afford to pay the premiums.”

“We have people on the ground across South Australia and Victoria assessing claims and commencing repairs, and our drive-in specialist hail repair sites will be open from next week in Elizabeth and Salisbury South in Adelaide to assess and triage hail-damaged vehicles,” he said.

“We remain confident in IAG’s operational momentum in FY22, after the strong start in the first quarter that we reported at the recent AGM.”