But signs are growing that demand could be tapering off as expenses rise.
What’s happening: High construction costs and supply shortages are weighing on confidence among builders, which fell in August to a 13-month low, the National Association of Home Builders said this week.

There were fewer people were shopping in Home Depot (HD) stores, too. The company reported 481.7 million customer transactions, down nearly 6% from the same period a year ago. Shares shed more than 4% Tuesday.

There’s more: US retail sales for July, which arrived Tuesday, indicated that spending on home improvement projects had pulled back.
Lumber prices have dropped significantly after hitting a record high earlier this year. But the cost of materials remains elevated, causing some people to think twice about housing investments.
“Buyer traffic has fallen to its lowest reading since July 2020 as some prospective buyers are experiencing sticker shock due to higher construction costs,” NAHB Chairman Chuck Fowke said.
The NAHB predicts that housing supply bottlenecks could ease in the coming months, and “the market should return to more normal conditions.”
But amid an unpredictable pandemic, only time will tell if high prices will start to moderate, bringing skittish buyers back into the fold.
Watch this space: Normality definitely isn’t here yet. The United Kingdom’s Office for National Statistics said Wednesday that housing prices in the country rose more than 13% in the year to June, the highest annual growth rate since November 2004.
The average UK house price reached a record high of £266,000 ($365,780), which is £31,000 ($42,630) higher than in June 2020 last year.
In the United States, the National Association of Realtors said last week that the median sales price of single-family existing homes rose almost 23% to $357,900 during the second quarter, an increase of $66,800 from 2020.
Big picture: The state of the housing market has major consequences not just for consumers looking to sell their homes or make purchases, but also for the broader economy. It’s a major point of contention for central bankers, who are debating when to pull back pandemic-era support.
The Federal Reserve, which is preparing for its big conference in Jackson Hole next week, has been accused of contributing to the housing frenzy by continuing to purchase $40 billion of mortgage bonds each month.

Big companies around the world are adding to massive piles of cash, a sign that corporations are increasingly nervous about how the highly contagious Delta variant of Covid-19 could damage the global economy. 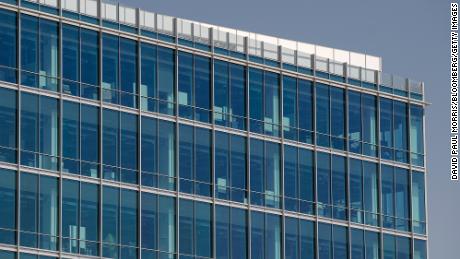 The latest: The world’s largest nonfinancial companies had a record $6.85 trillion in cash on their balance sheets as of the end of the second quarter, according to data from S&P Global Ratings.
The second-quarter totals are up slightly from the end of 2020, my CNN Business colleague Paul R. La Monica reports. Gareth Williams, global head of corporate research for S&P Global Ratings, estimates that the cash level could hit $7.1 trillion by year’s end.
Tech giants are a major part of the story. Apple (AAPL), Microsoft (MSFT) and Google owner Alphabet (GOOGL) have a combined $460 billion in cash on their balance sheets. Amazon (AMZN) has nearly $90 billion. Facebook (FB) has more than $64 billion.
But tech firms aren’t the only ones adding to cash stocks. Warren Buffett’s Berkshire Hathaway (BRKA) had more than $144 billion on its balance sheet at the end of June as the company struggles to find investment opportunities.
Businesses have also been taking advantage of low interest rates to borrow more money, which has helped boost both cash — and debt levels — for blue-chip firms.
“Companies are spending on buybacks, dividends and mergers. The capital markets are wide open,” said Christopher Harvey, head of equity strategy at Wells Fargo. “The cost of funding is incredibly cheap so companies are issuing debt and cash is still accumulating.”

Tesla’s Autopilot comes under the microscope

Regulators have serious questions about Tesla’s Autopilot feature, and their concerns are weighing on the company’s stock.
Earlier this week, the US National Highway Transportation Safety Administration said it was investigating at least 11 accidents involving Tesla cars using Autopilot or other self-driving features that crashed into emergency vehicles when coming upon the scene of an earlier incident.
The agency said seven of these accidents resulted in 17 injuries and one death, and that its investigation will allow it to “better understand the causes of certain Tesla crashes,” including “the technologies and methods used to monitor, assist, and enforce the driver’s engagement with driving while Autopilot is in use.”
US lawmakers are also paying attention. On Wednesday, two senators asked the Federal Trade Commission to probe Tesla, saying its claims about Autopilot and self-driving systems misled consumers and endangered the public, according to Reuters.
“Tesla and [CEO Elon Musk’s] repeated overstatements of their vehicle’s capabilities … put Tesla drivers — and all of the traveling public — at risk of serious injury or death,” Senate Democrats Richard Blumenthal and Edward Markey said in a letter to FTC Chair Lina Khan.
Investor insight: Tesla shares closed 3% lower Tuesday on news of the investigation. They’re up 1% in premarket trading Wednesday. But scrutiny from regulators of a key Tesla feature will remain worth watching as the company ramps up deliveries.