Home » Markets » ‘Hacked to death by random reviews’: Liberal senator warns regulators to back off on Afterpay

‘Hacked to death by random reviews’: Liberal senator warns regulators to back off on Afterpay

An influental Liberal senator has warned regulators to back off the booming buy now, pay later sector, arguing companies such as Afterpay and Zip should be left to innovate and not be hamstrung by random policy reviews.

Senator Andrew Bragg, who chaired the Senate inquiry into fintech regulation, told a StartupAus seminar on Friday, the fast growing buy now, pay later (BNPL) sector was "a perfect example of Australian innovation" and self-regulation of the industry was working.

"It's the elected government and elected Parliament which dictates policy," he said. "And we should never be held to ransom under our democratic system at the mercy of regulators, that are misguided or unfocused. I want to see ASIC [ corporate regulator, the Australian Securities and Investments Commission] enforce the law not pontificate on policy. 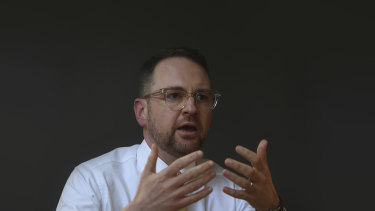 "Certainly, I do not want to see ASIC inflict market damage, which results in a loss of choice, innovation and competition."

ASIC released its long awaited report into the BNPL sector this week which found that although users were struggling with repayments and there was consumer harm, the sector should be trusted to self-regulate.

Senator Bragg said the BNPL sector had shown it was able to assess whether consumers were struggling with payments and raise standards through an industry body. "It is important that innovation like BNPL is not hacked to death by random regulatory reviews. This sort of innovation should be supported by Canberra," he said.

Analysts have described regulation as a key risk to the soaring share prices of buy now pay later firms such as Afterpay, which have been among the strongest performers on the ASX during the coronavirus pandemic.

At the seminar, Afterpay co-founder and chief executive Anthony Eisen said regulation was "hugely important" for every industry, but it must be appropriate and not too onerous. "It's never been for us about not wanting to be regulated or thinking that it's less important, or having differentiated systems across the board," he said. "I think what is the key aspect of regulation is that it just needs to be fit for purpose."

Senator Bragg said he was also concerned about the Australian Competition and Consumer Commission [ACCC] "straying" into policy after chairman Rod Sims last month said he would press the federal government for tougher anti-merger laws including stopping the big banks from buying emerging fintechs.

"It is not the policy of our government that banks and financial institutions cannot purchase or invest in fintechs," he said. "It is important that people know in the market that those additional rules that were proposed by a regulator will not be our law, will not be our policy. And it's important that we don't damage investment in the market in this way, and I look forward to the ACCC also being much more focused in its lane."

Mr Bragg said if the regulators were not properly coordinated or focused Australia ran the risk of sabotaging its own future success.

"People like Rod Sims at the ACCC doesn't get to make those sort of judgments in relation to banks, for example, investing or already investing into fintechs, I mean that is a judgment that that is not really his to make."