New York (CNN Business)No matter what happens next to shares of GameStop and AMC or the price of silver, average Joes and Janes are now an undeniable force to be reckoned with on Wall Street.

The short squeeze last week that propelled GameStop (GME) and other momentum investments popular with the Reddit crowd now appears to be on hold. GameStop plunged more than 50% Tuesday while AMC (AMC), silver prices and silver mining companies also fell sharply.
That’s partly due to trading restrictions from Robinhood and other brokers on how many shares of volatile stocks like GameStop, AMC (AMC), Express (EXPR) and Nokia (NOK) that retail investors can purchase in a single stock at a time.

But heavily shorted stocks could wind up rallying again. In fact, on Tuesday Mark Cuban urged members of Reddit’s WallStreetBets community to stay the course with stocks like GameStop.
“I have no doubt that there are funds and big players that have shorted this stock again thinking they are smarter than everyone on WSB,” the Dallas Mavericks owner and Shark Tank investor said on a Reddit AMA. “I know you are going to hate to hear this, but the lower it goes, the more powerful WSB can be stepping up to buy the stock again.”

After all, retail investors have proven that they can push hedge funds around — and they are likely to start focusing on other stocks and commodities that they think can (and should) move higher.
“Social investing is not going away,” said Kerim Derhalli, CEO and founder of Invstr, a trading app. “This is a powerful commercial trend and we are just at the beginning of it. People have more information and power.”

Younger investors have taken control of the market

Derhalli pointed out that as younger investors increasingly start buying and selling stocks, the market will need to adapt. He said the rise of other popular stocks, such as Tesla (TSLA) and Beyond Mea (BYND)t are due partly to Millennials and Gen Zers investing in brands that they know and like.
“Younger retail investors are in touch with changes taking place. They understand consumer trends because they are the ones making and creating them,” Derhalli said. “There are some Millennials making a lot of money and there are hedge funds pissed off that retail investors have joined the game and are beating them at it.”
Yet a number of Wall Street veterans are concerned that this won’t end well for smaller investors.
They point to the dot-com/tech stock collapse in 2000 as a sign of what can happen when retail investors get too excited and lose focus of fundamentals such as sales and earnings — not to mention valuations. 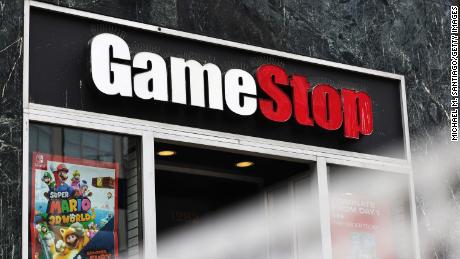 Back then, the trading frenzy was built on message boards like Raging Bull and Yahoo Finance as opposed to Reddit and Twitter.
“This is troubling and disconcerting. It could be like March 2000 all over again,” said Richard Smith, CEO of The Foundation for the Study of Cycles, a research firm.
“What this has done more than anything is expose how gamified the stock market environment is, and it will hopefully have people ask questions about whether or not this is how we want markets to work,” Smith added.
If average investors wind up getting burned by stocks like GameStop, that could lead to less confidence in Wall Street and the wider market.
Some lesser experienced investors may just give up on owning stocks altogether — as many individuals did after the 2000 crash and again when Lehman Brothers imploded in 2008.
“The market is going to be destabilized. Too many people will lose money. Fewer people will participate in the stock market — not more,” said Sergey Savastiouk, founder and CEO of Tickeron, an artificial intelligence platform for traders and investors.
“What’s going on with GameStop and AMC is like driving without a license,” he added.

This time might actually be a little bit different after all

But there are some major differences between now and two decades ago — not to mention the Great Financial Crisis of 2008-2009, a time when social media and free online trading weren’t as ubiquitous as they are now.
Average investors can now trade more efficiently and in a cost-effective manner thanks to no-fee brokerage firms such as Robinhood — a move that essentially forced all the other major brokerages to drop commissions.
The rise of fractional trading (i.e. owning a set dollar amount of a high-priced stock like Amazon or Alphabet) and the popularity of index ETFs also makes it easier for investors to buy small pieces of many stocks.
And Reddit’s megaphone is significantly louder and more influential than the old chat boards of the late 1990s.
“This trend will not end anytime soon. There are some investors who play in the individual stock arena just the one time. But there is a fear of missing out,” said Gust Kepler, founder and CEO of BlackBoxStocks, a trading software firm.
“That may not sound much different from the late 1990s with day traders, but now social media augments the ability for groups of investors to band together and share information in real time,” Kepler added. 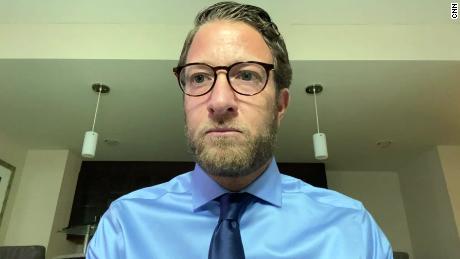 Barstool CEO on why Robinhood story goes ‘beyond business’

Along those lines, even Smith of the Foundation of Cycles expressed begrudging admiration for the Reddit traders who figured out how to stick it to the short sellers.
“I have respect for those who saw what was going on, how it worked and exploited it,” he said. “But what value has been created?”
Stocks like GameStop and AMC aren’t increasing in value because they’re producing high revenue and profit, paying big dividends or adding significant juice to the economy by creating thousands of jobs.
But that misses the point. There is no rule that says investors should only buy large blue chip companies. Some investors are growing tired of buying safer, passively run index funds and want to gamble.

“Individual investors are often thought to be risk averse. But not all of them are,” said Josh White, a finance professor at Vanderbilt University and former SEC economist. “Some have a preference for what’s more like a lottery.”
“They may actually lose often but every now and then they will hit a home run like GameStop,” White said. “As long as there is that one big hit that takes place, people will keep gambling.”
Source: Read Full Article