PG&E Corp. has agreed to plead guilty to felony involuntary manslaughter charges for its role in starting the deadliest wildfire in state history.

The indictment in Butte County, where 85 people died during the 2018 Camp Fire, charges the company with 84 counts of manslaughter and one count of unlawfully causing a fire.

The company disclosed the charges Monday morning in a regulatory filing. It filed for chapter 11 protection last year, citing billions of dollars in liability costs it faces because of its role in sparking wildfires in 2017 and 2018 that collectively killed more than 100 people and destroyed roughly 15,700 homes.

“PG&E acted with criminal negligence, which is a much higher standard than ordinary negligence,” Mr. Ramsey said. “They acted in a way that created a high risk of death.”

California fire investigators previously determined the fire started after a worn piece of metal known as a “C-hook” broke free from a transmission tower, releasing a high-voltage power line that sparked and ignited the brush below. Much of the criminal probe centered on the hook. Fire investigators found it had worn through by as much as 80% before it snapped. The investigation produced more than 90 witnesses and nearly 1,500 exhibits detailing the circumstances that led to the fire, Mr. Ramsey said. 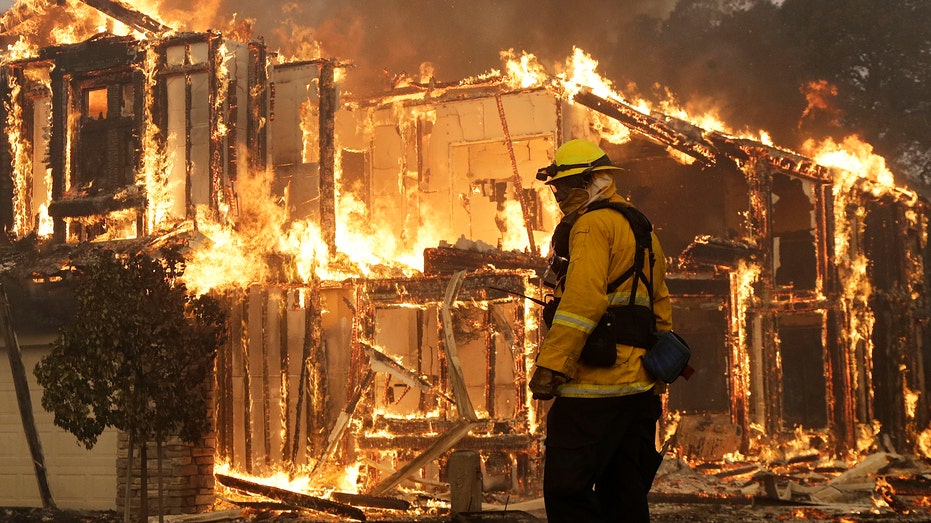 State fire investigators had previously determined that 85 people died in the blaze, but the grand jury concluded that one person died by suicide as the fire approached, resulting in the 84 manslaughter counts. The charge for unlawfully causing a fire includes special allegations of causing bodily injury to a firefighter, causing bodily injury to other individuals and causing extensive property damage.

Mr. Ramsey said he considered pursuing charges against individual employees within PG&E, but the investigation showed that the company’s maintenance problems resulted from decisions made collectively by numerous people.

It is unusual for major corporations to face homicide charges. Such charges typically require prosecutors to prove knowledge of risk or intent of misconduct among individuals within the company, legal experts say.

“Criminal charges against a corporation are rare, and manslaughter charges are especially rare,” said Will Thomas, a business law professor at University of Michigan. “It’s an indication of just how bad some of PG&E’s activities have been.”

In 1978, an Indiana grand jury indicted Ford Motor Co. on three counts of reckless homicide after a Ford Pinto exploded during a crash, killing its three occupants. Investigators discovered serious defects in the design of the Pinto’s fuel tank. A jury later acquitted Ford of the homicide charges.

After the 2010 Deepwater Horizon disaster that killed 11 drilling rig workers and released an oil spill in the Gulf of Mexico, BP PLC pleaded guilty to 11 felony counts of “seaman’s manslaughter,” admitting that its workers had been negligent. Two of its employees faced similar charges that were eventually dropped.

PG&E has struggled to respond over the past decade as drought and climate change made a tinderbox of its service territory and exposed the dangers of its aging power grid. The company is trying to replace much of its equipment after inspections last year revealed thousands of safety hazards throughout its 70,000 square-mile territory.

Internal documents show that PG&E knew for years that many of its high-voltage transmission towers had reached the end of their useful lives, an investigation by The Wall Street Journal disclosed last year. In a 2017 internal presentation, the utility estimated its transmission towers were an average of 68 years old. Their mean life expectancy was 65 years. The oldest steel towers were 108 years old.

PG&E was convicted in 2016 on federal felony charges related to its neglect of a natural gas pipeline that exploded in 2010 in San Bruno, Calif., destroying a neighborhood and killing eight people. As part of its sentencing, the company was put on a five-year probation term overseen by U.S. District Judge William Alsup. Another felony conviction would likely put PG&E in violation of that probation.

A second felony conviction could also complicate PG&E’s emergence from chapter 11 protection, which it sought last January. PG&E has since agreed to settle claims from insurers, individual fire victims, cities and public agencies for more than $25 billion.

Its restructuring plan involves raising billions of dollars in debt and equity to cover those claims, a prospect made more challenging by the recent stock- market plunge, according to people familiar with the matter. The company has been working to get court and regulatory approval of the plan before June 30, the deadline for its participation in a California wildfire fund meant to help the state’s utilities handle liability costs going forward.