Home » Economy » The pandemic and the future of the city

The pandemic and the future of the city

In 1957 Isaac Asimov published “The Naked Sun,” a science-fiction novel about a society in which people live on isolated estates, their needs provided by robots, and they interact only by video. The plot hinges on the way this lack of face-to-face contact stunts and warps their personalities.

After a year in which those of us who could worked from home — albeit served by less fortunate humans rather than robots — that sounds about right. But how will we live once the pandemic subsides?

Of course, nobody really knows. But maybe our speculation can be informed by some historical parallels and models. 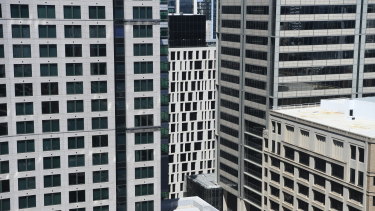 Office blocks stood empty as people worked from home during the height of the pandemic. What will happen to cities when it’s all over?Credit:Peter Braig

First, it seems safe to predict that we won’t fully return to the way we used to live and work.

A year of isolation has, in effect, provided remote work with a classic case of infant industry protection, a concept usually associated with international trade policy that was first systematically laid out by none other than Alexander Hamilton.

Hamilton asserted that there were many industries that could flourish in the young United States but couldn’t get off the ground in the face of imports. Given a break from competition, for example through temporary tariffs, these industries could acquire enough experience and technological sophistication to become competitive.

If history is any guide, however, much of our old way of working and living will, in fact, return. Here’s a parallel: what the internet did and didn’t do to the way we read books.

The infant industry argument has always been tricky as a basis for policy — how do you know when it’s valid? And do you trust governments to make that determination? But the pandemic, by temporarily making our former work habits impossible, has clearly made us much better at exploiting the possibilities of remote work, and some of what we used to do — long commutes so we can sit in cubicles, constant flying to meetings of dubious value — won’t be coming back.

If history is any guide, however, much of our old way of working and living will, in fact, return.

Here’s a parallel: what the internet did and didn’t do to the way we read books.

A decade ago many observers believed that both physical books and the bookstores that sold them were on the verge of extinction. And some of what they predicted came to pass: e-readers took a significant share of the market, and major bookstore chains took a significant financial hit.

But e-books’ popularity plateaued around the middle of the last decade, never coming close to overtaking physical books. And while big chains have suffered, independent bookstores have actually been flourishing. 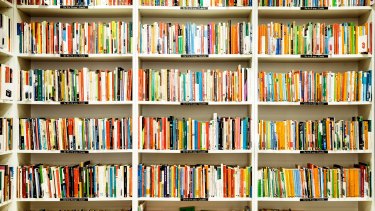 Despite the dire predictions, bookstores have largely survived the onslaught of e-books and the internet.Credit:Maica

Why was the reading revolution so limited? The convenience of downloading e-books is obvious. But for many readers this convenience is offset by subtler factors. The experience of reading a physical book is different and, for many, more enjoyable than reading e-ink. And browsing a bookstore is also a different experience from purchasing online.

I like to say that online, I can find any book I’m looking for; in fact, I downloaded a copy of “The Naked Sun” a few hours before writing this article. But what I find in a bookstore, especially a well-curated independent store, are books I wasn’t looking for but end up treasuring.

The remote work revolution will probably play out similarly, but on a much vaster scale.

The advantages of remote work — either from home or, possibly, in small offices located far from dense urban areas — are obvious. Both living and work spaces are much cheaper; commutes are short or nonexistent; you no longer need to deal with the expense and discomfort of formal businesswear, at least from the waist down.

The advantages of going back to in-person work will, by contrast, be relatively subtle — the payoffs from face-to-face communication, the serendipity that can come from unscheduled interactions, the amenities of urban life.

But these subtle advantages are, in fact, what drive the economies of modern cities — and until COVID-19 struck these advantages were feeding a growing economic divergence between large, highly educated metropolitan areas and the rest of the country. The rise of remote work may dent that trend, but it probably won’t reverse it.

The revival of cities won’t be entirely a pretty process; much of it will probably reflect the preferences of wealthy people who want big-city luxuries and glamour. But while cities thrive in part because they cater to the lifestyles of the rich and fatuous — like it or not, their wealth and power do a lot to shape the economy — cities also thrive because a lot of information-sharing and brainstorming takes place over coffee breaks and after-hours beers; Zoom calls aren’t an adequate substitute.

Or as the great Victorian economist Alfred Marshall said of his own era’s technology centres, “The mysteries of the trade become no mysteries; but are as it were in the air.”

So the best bet is that life and work in, say, 2023 will look a lot like life and work in 2019, but a bit less so. We may commute to the office less than we used to; there may well be a glut of urban office space. But most of us won’t be able to stay very far from the madding crowd.

Paul Krugman has been a New York Times Opinion columnist since 2000. He won the 2008 Nobel Memorial Prize in Economic Sciences for his work on international trade and economic geography.