Alameda County in California has agreed to let Tesla reopen if certain safety protocols are followed.

Get all the latest news on coronavirus and more delivered daily to your inbox. Sign up here.

The temporary layoffs were effective April 13 and also applied to 156 workers in Lathrop, California, according to Worker Adjustment and Retraining Notification (WARN) notices EDD received from Tesla on Tuesday.

"We decided to furlough these employees as a result of COVID-19, including a sudden and unpredictable impact on Tesla's operations and employees," Valerie Workman, a human resources executive for Tesla, said in a letter to EDD according to The East Bay Times.

Musk has been a big proponent of resuming normal business operations, writing that the "coronavirus panic is dumb" in March and demanding in a tweet last month, "FREE AMERICA NOW."

Officials in California's Alameda County who said Musk restarted the Fremont plant too early agreed that Tesla could go beyond basic operations there this week. It wasn't clear from a press release whether Tesla would face any punishment for reopening Monday in defiance of county orders. 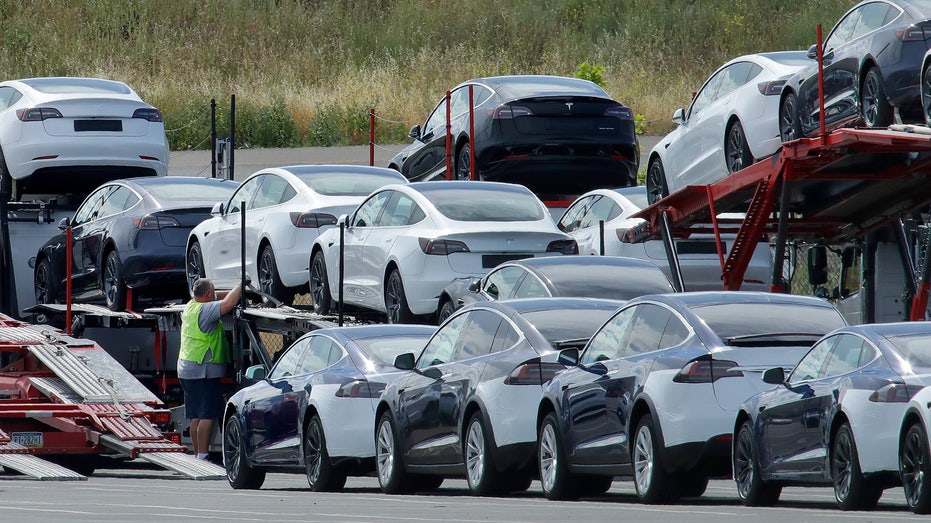 Tesla cars are loaded onto carriers at the Tesla electric car plant May 13, 2020, in Fremont, Calif. (AP Photo/Ben Margot)

The restart came two days after Tesla sued the county health department seeking to overturn its order. Musk threatened to move Tesla's manufacturing operations and headquarters to a different state.

"Our restart plan is the result of months of careful planning and preparation. It was modeled after the comprehensive return to work plan we established at our Shanghai Gigafactory, which has seen smooth and healthy operations for the last three months," Tesla said in a statement last week when the company posted its Return to Work playbook.