Still plenty of incentives to become a first-home buyer

First-home buyers do not have the same urgency to plunge into the property market now that rising prices in Sydney and Melbourne have finally stalled.

However, rents are climbing at an annual rate of almost 10 per cent and the federal government still has a number of home-ownership schemes available to encourage them to get a foot on the property ladder.

There are plenty of places available in the First Home Loan Deposit Scheme (FHLDS) that allows first-time buyers to put down a deposit of just 5 per cent. They are due to expire on June 30, but could be extended. 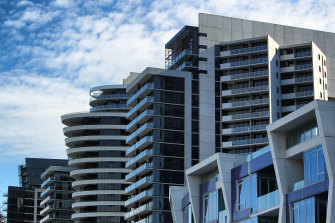 There are still place left in the schemes that allow first home buyers to put down a deposit of only 5 per centCredit:Graham Denholm

There are also places up for grabs in another scheme that helps single parents with at least one dependent child to buy property, existing or new, with a deposit of just 2 per cent – even if they have previously owned a home.

Since the start of the so-called Family Home Guarantee (FHG) in July 2021, more than 2300 single parents – 85 per cent of whom are single mums – have been assisted by the program. The government has committed to making 10,000 FHG places available over four financial years from July 1, 2021.

Because of COVID-19 disruptions, it made an extra 4651 places available in the FHLDS in January. They expire on June 30. That is on top of 10,000 places that were already promised under the scheme for this financial year.

Under the FHLDS, which is subject to a cap on a first-home buyer’s taxable income as well as the price of the property they buy, the government goes guarantor for the mortgage, so that buyers need only put down a deposit of 5 per cent. That is instead of the usual 20 per cent required to avoid expensive lenders’ mortgage insurance.

The insurance protects the lender if the mortgage holder is unable to repay the loan, but the premium for the insurance, which can reach tens of thousands of dollars, is paid upfront by the borrower. It is usually tacked on to the total amount of the mortgage, costing even more in interest over the term of the loan.

First-home buyers can buy an existing house, townhouse or apartment; a house-and-land package; land and a separate contract to build a home, or an off-the-plan apartment or townhouse.

The New Home Guarantee (NHG), which was allocated 10,000 places for use before June 30, allows first-home buyers to secure a mortgage with a deposit of 5 per cent if they are buying a newly built dwelling.

So far, the FHLDS and the NHG have helped more than 58,000 people purchase homes. More than half of the guarantees offered by the low-deposit schemes have been taken-up by women.

The schemes are accessed through participating lenders.

First-home buyers are also permitted to save money for a deposit via their superannuation, where money that is earmarked for the purchase of property benefits from concessional tax rates inside super funds.

The maximum annual super contributions that can be put toward a home deposit is capped at $15,000. Contributions must be voluntary, rather than compulsory, employer-paid super.

So far, about 26,800 first-home buyers have released $371 million to purchase their first home under the FHSS scheme, figures from the federal government show.

The New South Wales and Victorian governments also have various exemptions and grants for first home buyers. They have purchase price caps as well as other limits and criteria.

Most Viewed in Money