Mortgage holders who maintain their repayments following the latest round of interest rate cuts will save thousands of dollars and own their home sooner.

The 0.25 percentage point cut to the official cash rate by the Reserve Bank of Australia last week, which has been passed on in full by lenders to their variable-rate mortgage holders, will save borrowers with an average mortgage size of $400,000 about $56 per month, or $675 a year, figures from comparison website RateCity show. 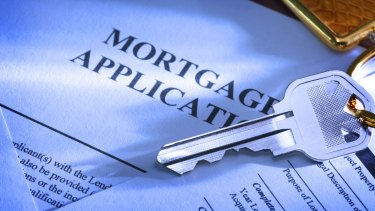 The best mortgage deals can be found among the smaller lenders, with interest rates now below 2.5 per cent.Credit:

Sally Tindall, research director at RateCity, says those who took out a $400,000 variable-rate mortgage in October 2011 – just before the start of the Reserve Bank cutting cycle – and kept their repayments the same would have already paid off an extra $61,493 on their home loan.

With the cash rate at 0.5 per cent, the interest-rate cycle is now near the bottom and by maintaining repayments, mortgage holders will have a buffer for when rates do eventually rise, Ms Tindall says. 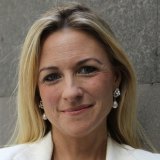 Most lender cuts to variable-rate mortgages will take effect by the end of the month.

However, wages growth is not keeping pace with price rises and many mortgage holders may elect to lower their mortgage repayments to free up some cash to help ends meet.

Ms Tindall says it is important to be attentive to the communications received from lenders on the changes in their mortgage interest rates.

She says most big banks do not automatically adjust repayments when rates are cut, but customers can always ask their lender to reduce their repayments.

Many smaller lenders automatically adjust repayments, unless the customer asks for their repayment level to be maintained, Ms Tindall says.

After the new rates take effect, the big banks will have an average "discounted" variable-rate mortgage of less than 4 per cent, with "basic" loans below 3 per cent.

A discounted variable-rate loan – often called a "package" loan – comes with an offset account, often with an annual or monthly fee. It can also include discounts on other financial products provided by the lender.

A basic home loan is one with no offset account and typically low, or no ongoing fees.

Offset accounts can be a good way to get ahead on your mortgage, while parking savings that can be withdrawn if needed. That's because money in the offset account reduces the mortgage balance and, therefore, the amount of interest paid.

The "effective" rate of interest on the money in the offset account is the mortgage interest rate, which is higher than the interest paid on term deposits, where the money is locked away.

Those who do not need an offset account should be aware some lenders charge higher interest rates for their mortgages with offset accounts, or charge an annual fee, Ms Tindall says.

The best mortgage deals can be found among the smaller lenders, with rates below 2.5 per cent, she says. Some even include an offset account.

However, sometimes there will be restrictions on the lower-rate mortgages, such as having a deposit of at least 20 per cent.