Lordstown Motors Corp. (RIDE) shares rose more than 8% during Monday's session after the company announced that it remains on track to produce the Endurance pickup truck in September 2021 and has received approximately 50,000 non-binding production reservations from commercial fleets with an average order size of about 500 vehicles.

The company further noted that it has received interest from organizations that aren't in a position to place pre-orders, such as federal, state, and municipal governments, which suggests that true demand could be higher than the 50,000 initial reservations. Deliveries of the Endurance are expected to begin in September 2021, with full production in 2022.

In addition to the favorable order update, the presidential election results have led to optimism among EV makers. A Biden administration could extend many EV tax credits and other programs and take other actions to encourage adoption among U.S. consumers. 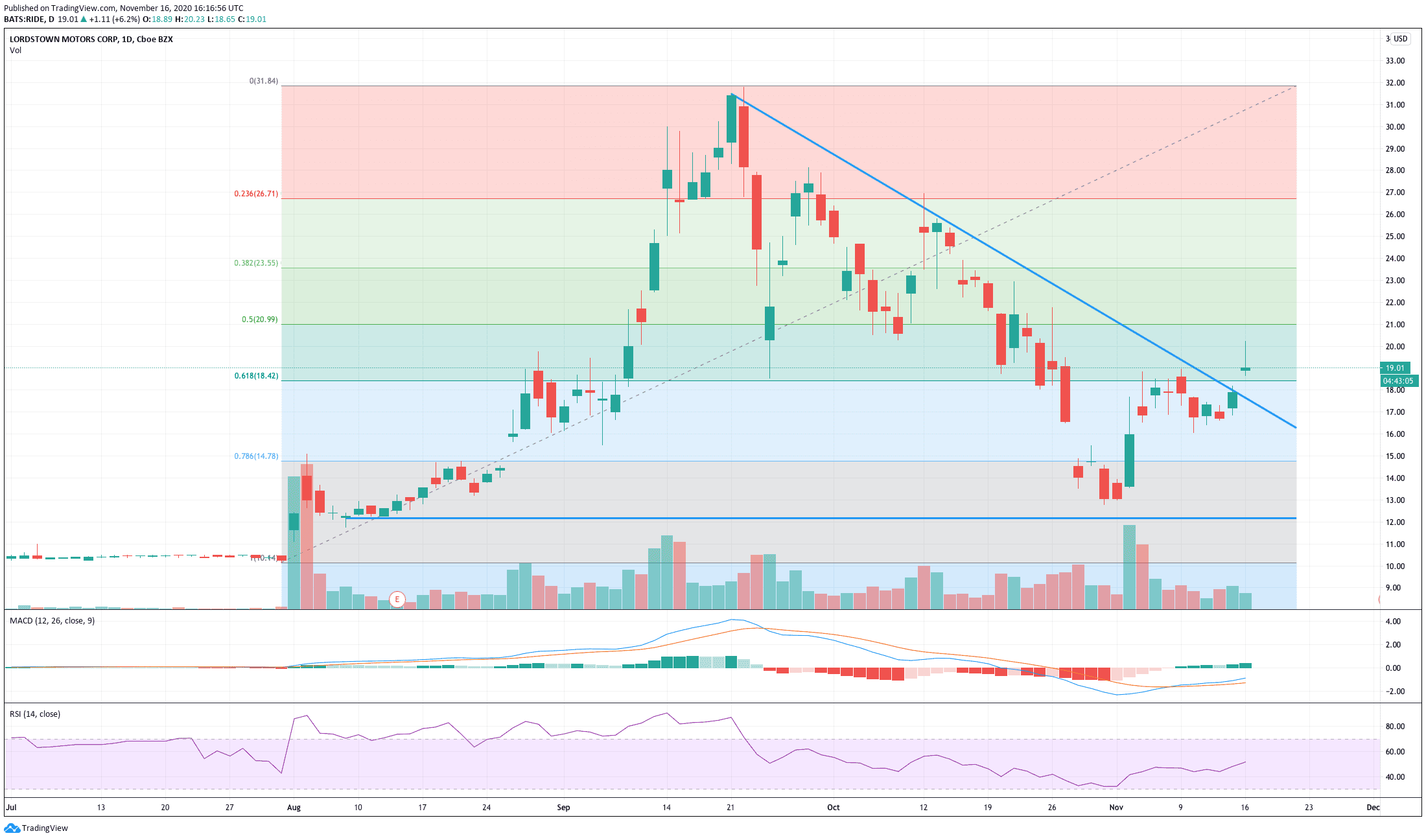 From a technical standpoint, the stock broke out from its reaction highs toward the 50-day moving average at $21.57. The relative strength index (RSI) appears neutral with a reading of 53.10, while the moving average convergence divergence (MACD) remains in a bullish uptrend. These indicators suggest that the stock has more room to run over the coming sessions.

Moving average convergence divergence (MACD) is a trend-following momentum indicator that shows the relationship between two moving averages of a security's price. The MACD is calculated by subtracting the 26-period exponential moving average (EMA) from the 12-period EMA.

Lordstown Motors shares moved sharply higher during Monday's session after the company announced that the Endurance pickup remains on track for September 2021 and updated on its pre-orders. Traders should watch for a breakout from the 50-day moving average near $21.57 or a breakdown to the 200-day moving average at $13.50.

The author holds no position in the stock(s) mentioned except through passively managed index funds.