The coronavirus is deadly – it will end up killing quite a few oldies – but we (and the rest of the world) are making so much fuss about it mainly because it’s new. Thanks to that fuss, it’s likely to do more damage to the economy than it does to life and limb.

How much damage we do to the economy – and whether it lasts a few months or a few years – will be determined largely by the way Scott Morrison and his ministers manage all the fuss: on the medical side and the economic side. 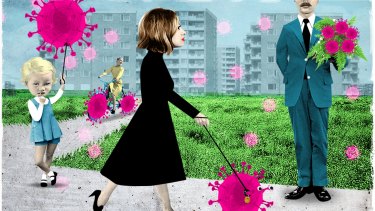 One key group who are understandably worried about the virus because of its newness are doctors and other health and aged care workers. It does matter more if someone in such intense contact with the elderly and the ill gets the virus than if I get it.

But what’s worrying the doctors is how little we yet know about the characteristics of the virus and, more particularly, how little they’ve been told about what to do. Where are the protocols on how to handle patients who present with symptoms? What about face masks and testing kits?

Our surgery or hospital or old people’s home is already stretched, how will we cope with the influx? What will we do if we have to send key workers home for a fortnight because they’ve caught it or may have caught it?

I’m sorry to disillusion you if you haven’t worked it out yet, but the health authorities aren’t trying to stop the spread of the virus. They’re not trying to nip it in bud or stop it in its tracks. The cat’s out of the bag and it’s too late for that. 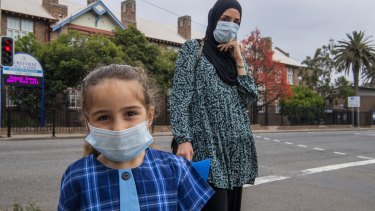 Over time the novel coronavirus won’t be so new.Credit:Louise Kennerley

So what are they trying to do? Just slow down its spread. Why? To give the medical and aged care system time to prepare for the onslaught – including the time to set up separate “fever assessment clinics” where the “worried well” are kept away from those likely to have caught the virus, and away from those known to have.

As the disease spreads to many more people, it won’t be possible to put lots of medical time into tracing the contacts of every particular carrier – nor close a school for a few days while you do it. That is, in the best sense, a delaying tactic.

As Dr Katherine Gibney, of Melbourne’s Peter Doherty Institute for Infection and Immunity, and others, explain on the universities’ The Conversation website, as case numbers rise, case management will need to be streamlined. “While many mild cases have been admitted to hospital during the containment phase, community-based care [that is, staying at home] will be the reality for most people,” they say.

Australia’s Chief Medical Officer, Professor Brendan Murphy, says travel bans are only a way to slow down the spread of the virus. “It is no longer possible” to prevent new cases entering Australia, he says. This suggests that, before long, the border measures will be relaxed.

Last week the NSW Chief Health Officer, Dr Kerry Chant, was blunt: “We are not going to be able to contain this virus.”

Gibney and colleagues say “it’s likely, but not certain, that COVID-19 will remain in circulation beyond 2020 and become ‘endemic’ in Australia – that is, here for good” – like many viruses before it, including seasonal flu. Last season almost 300,000 cases of flu were reported, with 810 deaths – a fatality rate of about 0.27 per cent.

As yet, figures for the coronavirus are preliminary but it’s thought to be much more deadly than the flu, with a fatality rate of 1 or 2 per cent. It’s also more contagious than the flu, though much less so than measles. Its incubation period of two to 14 days is three times longer.

Even so, about 80 per cent of those who get it have mild to moderate illness and only 20 per cent have a severe to critical illness. Most people who aren’t elderly and don’t have underlying health conditions won’t become critically ill.

Disruption to the economy is unavoidable, but the danger is that hour-by-hour reporting of efforts to slow the spread is frightening a lot of people and will lead them to overreact to the risk of infection, closing businesses and purses and making everything worse than it needs to be.