Europe risking more economic scarring as it rushes to reopen

If Boris Johnson really did say “let the bodies pile up in their thousands” in a moment of exasperation, this was not in fact UK government policy.

Bar the language, it is the current policy of France, Italy, and several other EU states, and a number of impatient German Länder as well. While it is a different story in every country, and none are callous, Europe tolerated the “pile up” of 3000 bodies a day during the peak of the third wave earlier this month. 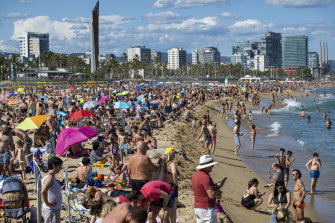 The region mostly refused to follow the UK into another full lockdown earlier this year even though it had weeks of prior warning and the British experience of the B117 variant before its eyes. It acted too late. Now one country after another is reopening in a rush, against scientific advice, before cases are under control.

Professor Andrea Crisanti from Padova University, the epidemiologist behind the vaunted Veneto containment last year, foretold what would happen in Italy this spring if the country dropped its guard, and he is now warning that decisions are being made that threaten the summer as well. The underlying picture is scarcely different in France, or Spain. “Reopening is an epic stupidity. The numbers are not low enough to open safely,” he said.

If he is broadly right, Europe’s second tourism season is in the balance and full recovery may be pushed out for several more months, with an ever rising risk of economic scarring and pent-up insolvencies, including sovereign distress.

Crisanti contrasts the careful step-by-step reopening in the UK with the headlong dash in parts of Europe where intensive care units in hospitals are still near breaking point. The daily death toll is running at an Airbus A320 crash every day in several countries.

“Look at Great Britain. It has relaxed restrictive measures in a similar way to Italy, with the difference that England has 30 deaths a day, cases are down to 2000, and 70 per cent of the (adult) population is vaccinated. We have vaccinated 15 per cent, with protection at around 12 per cent. May we ask, which government has shown greater respect for health?” he told the L’aria che tira TV programme.

This is not to say that Europe’s leaders are necessarily wrong in principle. France’s Emmanuel Macron took an explicit decision last January to reject the demand of the French scientific council for an immediate lockdown, and more broadly to reject zero-Covid ideology tout court. “France is not governed by scientists” was the Jupiterian word from the Élysée Palace.

Events forced him into a partial lockdown anyway. But he was weighing up the conflicting variables: the collateral damage to body and mind; the loss of education; the economic damage; and the insidious effect of allowing the suspension of civil liberties to become routine.

He knew that pandemic fatigue was undermining social consent for lockdowns and that curbs were becoming unenforceable. Like his technocrat twin, Italian premier Mario Draghi, he is now gambling that rising vaccination and immunity will pull down the death trajectory and vindicate his latest decision just in time.

“It is much too soon. There are not enough people vaccinated to stop the virus”

What is striking is how many commentators in France regard this as a legitimate policy choice based on a subtle intertemporal reading of forward-looking curves. But while I agree with them that a zero-death policy in a large Western European country is posturing and intellectual infantilism, I think Macron, Draghi, and others, are jumping the gun by several weeks and making an unforced error that will do further economic and social damage. It is their credibility as clever technocrats that is on the line.

Europe ought to be poised for a V-shaped economy. Fiscal relief is coming and the huge transatlantic gap in stimulus is narrowing. Draghi is cashing in his immense (but perishable) prestige to launch a spending and investment blitz that would never have been tolerated by Brussels or the markets if it had come from any political party in Italy.

He is pushing the budget deficit to almost 12 per cent of GDP, higher than last year and the highest since the creation of the modern Italian republic. This too is a gamble, or a Hail Mary throw as they say in American football. It assumes that targeted investment will pay for itself with a leveraged multiplier, bringing down the debt ratio over time rather than driving it up, as occurred with the austerity shoved down Italy’s throat during the Trichet-Schauble Lost Decade.

Germany is opening the spigot. The deficit will jump to 9 per cent this year. The Netherlands has abandoned its earlier plans for premature tightening. Some €500 billion of excess savings is pent-up and ready to go in the eurozone. All the stars are aligned for an imminent boomlet, even if it is weaker than the roaring recoveries in the US and the UK.

But for the reopening gamble to pay off, European states must first control the virus. A chorus of scientists has been warning in Gothic tones that to let rip now is to risk a repeat of the last three cycles of botched Covid management.

“It is much too soon. There are not enough people vaccinated to stop the virus,” said Professor Catherine Hill, doyenne of French epidemiologists. “We’ve passed the case peak of the second wave and we’re at 300 deaths a day, and now they’re lifting the controls. It’s a catastrophe.”

Covid patients in intensive care in France have been hovering near 6,000, and even risen slightly over the last two days. She disputed that there can be any plausible trade-off between health and the economy. “We will lose on both,” she said.

Premier Jean Castex said that the Brazilian and South African variants were scarce and in “regression”. He was ill-advised. These P1 strains are surging in greater Paris, rising from 4 per cent to 9 per cent of all cases over the last two weeks.

The figures may be higher by now because France does less genomic sequencing than Wales. While alarmism over new variants can be overdone – there is still T-cell immunity from vaccines and past infections, even if antibodies fall off – it is courting fate to let them spread unchecked. Judging by the spontaneous rave party at the Parc des Buttes-Chaumont in Paris over the weekend, spread they will. 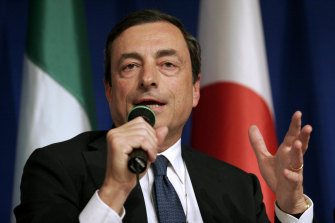 The French scientific council has called for stockpiling of the Moderna vaccine – seemingly the best so far for these strains – warning that cases could get out of hand over the summer. Professor Mahmoud Zureik from the University of Versailles said the French government is making up policy on the hoof and is “in denial” in lifting curbs at a time when critical care demand exceeds capacity in 60 French departments.

So is Draghi, who opened up on Monday across 15 of Italy’s 21 regions taking what he called a calculated risk. “Unfortunately, as I have to keep repeating: the virus doesn’t negotiate,” said Professor Massimo Galli from Milan’s Sacco Hospital. Crisanti is harsher, accusing Italy’s leader of dilettantism.

Premature reopening is particularly hazardous in Italy because large numbers over 80 years old have still not been vaccinated. The former Conte government steered the doses to front-line workers instead, a valid choice had they been able to control who really was on the front-line. Instead doses went to friends of friends in their forties and thirties.

Angela Merkel’s Germany is pulling in the opposite direction to the Club Med bloc, activating the country’s “emergency brake”. It is tightening measures with a clear goal of pulling the seven-day incidence rate below 100 new infections per 100,000 people. Germany is effectively biting the bullet through to the end of June and deferring recovery until the second half.

I suspect that Merkel will be rewarded with a better economic outcome as a result. It is Macron, Draghi, and euro-technocrats who may have some explaining to do if their calculated bet goes awry.

As for Boris Johnson’s loose tongue, one thing I have learned over 40 years in journalism is never pay much attention to what people say. Watch what they do.

Start the day with major stories, exclusive coverage and expert opinion from our leading business journalists delivered to your inbox. Sign up here.