Home » Economy » Coronavirus layoffs surge in US, with 1 in 5 households reporting lost work

Coronavirus layoffs surge in US, with 1 in 5 households reporting lost work

‘Big worry’ over coronavirus is hospitals being overwhelmed: Rep. Burgess

Rep. Michael Burgess, R-Texas, shares his insights on the coronavirus.

Employers are eliminating jobs at a rapid pace as the coronavirus pandemic forces businesses across the United States to close their doors, overwhelming unemployment offices and deepening the outbreak’s effect on the economy.

Official government data isn't expected to reveal the extent of the economic disruption until April 3, when the Department of Labor releases its March jobs report.

But the forecast is ominous, as COVID-19, the disease caused by the novel coronavirus, places severe strains on American life and the economy. Planes are sitting idle as airlines cancel flights; cruises are suspended, retailers — including Apple, Nike and Nordstrom — have closed their doors; state governments have forced bars and restaurants to close and millions of Americans are working from home.

WHAT TRIGGERS AN ECONOMIC RECESSION?

Kevin Hassett, the former White House Council of Economic Advisers chairman, issued a dire warning during a CNN interview that jobs reports for March and April could show horrific numbers on a scale unseen since the 2008 financial crisis. He predicted losses of close to 1 million jobs in the coming reports.

"We really could see the worst jobs reports we've ever seen in our history," he said.

According to an NPR/Marist poll conducted on Friday and Saturday, 18 percent of households already reported someone being laid off or having hours reduced because of the virus outbreak, with people who earn less than $50,000 hit harder (25 percent) than those earning $50,000 or more (14 percent). People under the age of 45 were also harder hit (22 percent) compared to those over the age of 45 (12 percent). 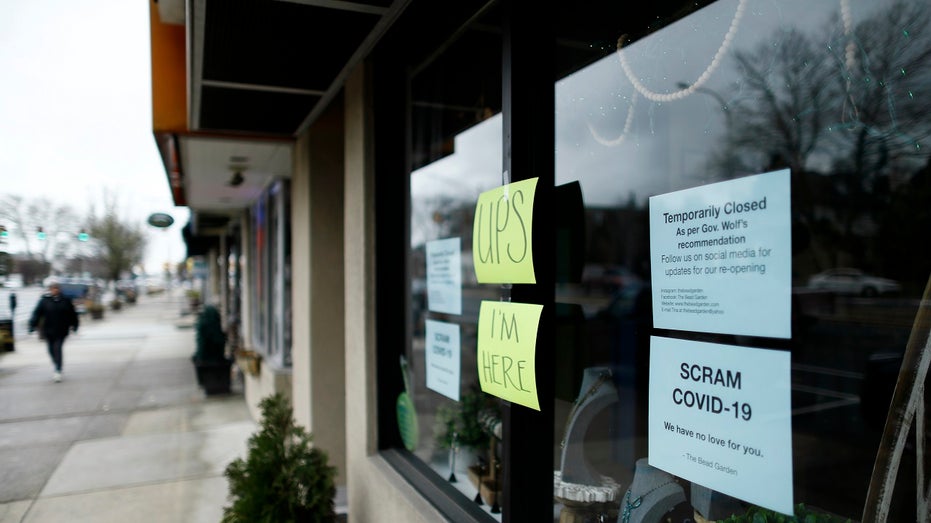 "A coronavirus recession is inevitable," Josh Bivens, director of research at the left-leaning Economic Policy Institute, wrote in a blog post. He estimated that at least 3 million jobs will be lost by summer.

HOW TO APPLY FOR UNEMPLOYMENT BENEFITS

During the past three days, unemployment insurance offices around the country were flooded with phone calls, and state unemployment websites crashed in Kentucky, Oregon and New York, according to multiple media reports.

Many unemployment offices are unprepared for the influx of worker claims. Despite the historically long 11-year economic expansion, 22 states and jurisdictions' unemployment trust funds are not prepared to pay out enough in unemployment benefits in the event of a recession, according to Labor Department data. Funds need to have enough reserves for a full year to be considered ready.