Home » Economy » An economic recovery could happen sooner than we think

An economic recovery could happen sooner than we think

To look at the performance of the benchmark S&P 500 and Dow Jones Industrial Average, both nudging all time highs, or even the UK's own still somewhat Brexit beleaguered FTSE stock market indices, you wouldn't believe that we are still in the grip of an economically crippling pandemic. In many respects, things could scarcely look grimmer, with infections and hospitalisations back at levels not seen since last May and lockdown strategies pretty much uniformly reimposed almost everywhere. 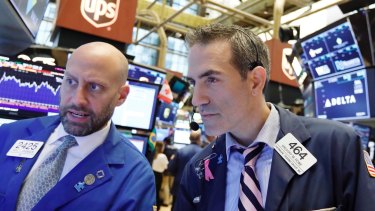 Markets have soared on rising expectations a vaccine is coming soon.Credit:AP

But then it is not the present reality that the markets are focused on; rather it is the prospect of returning normality, or even that of sunlit uplands just beyond the next ridge. Recent events have brought that anticipated future forward by some distance.

The main positive news here is of course vaccines, which promise an eventual end to the current madness of repeated lockdown. This thought alone seems to be putting something of a spring in the step. With the finishing line finally within sight, consumers and businesses are starting to feel more confident again, notwithstanding the present misery.

But it is not just the promise of vaccines. Developments on the political front are also widely thought positive, at least for asset prices.

The election of Joe Biden as president in the US presages a return to relative political stability and predictability after the chaos of the Trump years, together with the prospect of a massive fiscal stimulus, assuming he can get it through Congress – a big if in view of likely gridlock on Capitol Hill.

To this end Biden has nominated a fellow septuagenarian as his Treasury Secretary, the former Federal Reserve chairman, Janet Yellen. Few know their stuff as well as Yellen; not only is she hugely well respected on the international stage – which gives financial markets a degree of reassurance – but much more importantly, she is not Elizabeth Warren, the left-wing firebrand that some on the conservative Right thought Biden might pick in order to buy off his more progressively minded wing.

Instead we have the classic safe pair of hands, and one, despite her hardline views on financial regulation, that can seemingly be relied on to keep asset prices sweet – a big spender, to be sure, but a more considered and economically literate one than the likes of Warren would have made.

"This is not a good time to have fiscal policy switch from being accommodative to creating a drag," Yellen has said. "That's what happened [after the financial crisis], and it retarded the recovery."

Yellen is an ultra-dove who fully buys into the "lower for longer" interest rate narrative. She firmly believes that low inflation has considerably reduced the risks of aggressive fiscal and monetary policy action, and as she demonstrated while at the Fed, she doesn't mind using it. Whether she's right or not, it's what stockmarkets like. Just keep piling one stimulus on top of another until full employment and decent levels of growth return; worry about the consequences later.

All this suggests that the sort of long lasting economic malaise we saw after the financial crisis might be avoided this time around. 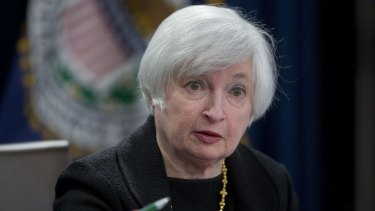 Think of today's economic collapse as simply enforced time out, and therefore less likely to inflict permanent damage, rather than a market imposed correction incubated by years of excess. Of course, the longer we remain in suspended animation, the more likely lasting so-called "scarring" becomes. Even with government assistance, many firms can't hang on for much longer.

Yet despite the disappearance of some big household names since the pandemic began, and the effective demise of many small retailers, overall insolvency rates almost everywhere have remained remarkably low. For instance, there were just 926 company insolvencies in England and Wales in September, nearly 40 per cent lower than the same month last year. That's down partly to government financial support, partly to reduced court and HMRC enforcement activity, and partly to temporary restrictions on the use of statutory demands and winding-up petitions.

It might be argued that there is therefore a great wave of insolvencies, held back by government action, about to come crashing down on us. In such circumstances, the big rise in unemployment would ironically be during the recovery phase of the crisis, rather than its depths. That actually would match the normal pattern of a recession, when firms – having weathered the worst of the storm – finally recognise as the economy comes back to life that they are no longer viable and throw in the towel.

Well maybe, but because of the special, self induced characteristics of today's economic collapse, that's only likely to happen at scale if the Government turns up the heat on repayment of its bounceback loans. They would then be less bounceback, more stay of execution loans.

In any case, there is a good primer in the International Monetary Fund's latest World Economic Outlook on how the more optimistic scenario I am trying to suggest might pan out. When writing about the WEO, journalists tend to focus on its more alarming, worst case scenarios. Yet this time around, with the positive news on vaccines now coming thick and fast, the generally ignored upside alternative is beginning to look the more plausible one.

In this imagined future, the fightback against COVID goes much better than once assumed, with the early roll out of effective vaccines and better treatments.

This will allow the recovery in hospitality, travel and other high contact sectors most affected by social distancing measures to occur rather more rapidly than previously thought.

As uncertainty about future income prospects subside, consumers will start to spend more, there would be fewer bankruptcies, less labour market dislocation and less deterioration in the fiscal position. The UK economy could be back at pre-crisis levels by the end of next year at the latest.

If people think they are about to be hit by much higher taxes so as to rebuild the public finances, they'll save more and spend less, and the playing field will tilt even further against him. Ask Janet Yellen; this is not the moment to be talking about fiscal discipline, or even of eventually striving for it.