Abandoning mass gatherings yet another economic blow for Sydney

The official order to abandon gatherings of more than 500 people adds to the growing economic cost of the coronavirus outbreak.

Sydney will feel the new restrictions more than most other regions because it hosts a disproportionate share of major events including sporting fixtures, festivals and conferences. 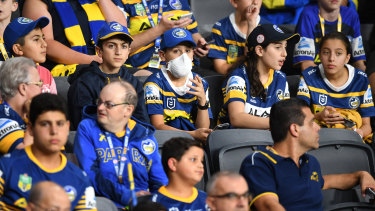 Abandoning mass gatherings will have a disproportionate economic impact on SydneyCredit:AAP

Several major industries in Sydney, especially tourism and international education, have already been hard-hit by the fallout from the coronavirus outbreak.

The decision to effectively ban mass gatherings is a further blow to economic demand in the city that will eventually affect jobs.

Estimating the cost of the new directive is challenging because we don’t know how long the restrictions will last or how many events will be affected.

But we have some clues.

The latest annual report by Destination NSW, which promotes tourism and major events, said more than 780 major tourism events were held in Sydney and regional NSW last financial year contributing about $3.5 billion to the economy.

The decision to effectively ban gathering of over 500 people threatens to slash that figure.

Each year Sydney hosts thousands of conferences and business events although many of them must now be in doubt.

Late Friday the Royal Easter Show was cancelled, which the Royal Agricultural Society claims makes a total economic contribution of more than $600 million a year to the NSW economy.

Another indicator of how valuable large events are to the economy can be found in the state government’s controversial redevelopment of the Moore Park stadium.

Last year the state government said hosting the NRL grand final alone had generated more than $100 million in tourism related expenditure in NSW over the past five years.