With new GLC Coupe, Mercedes makes it 4 launches in 4 months

First came the G350d, then the New GLC, then the all new GLE with the longer wheelbase, and now the new GLC Coupé!. 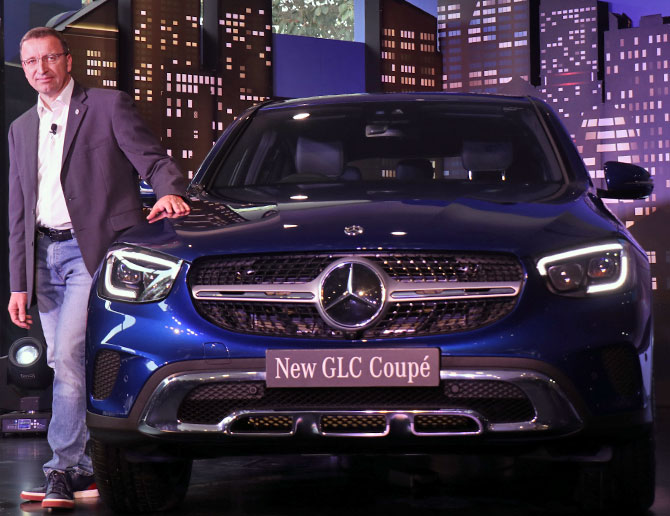 It was in 2017 that the Mercedes AMG GLC 43 Coupe made its India debut. Since then, this is its 4th version in India, and the new GLC Coupe is the first non-AMG coupe SUV to be launched in India, and is a good competition to the BMW X4.

Equipped with the ‘ Mercedes Me’ connect feature which makes this one too a connected car, this is the 10th ‘Made in India’ product from Mercedes and comes in two engine variants. The 300d 4MATIC diesel and the 300 4MATIC petrol, both BS VI versions. 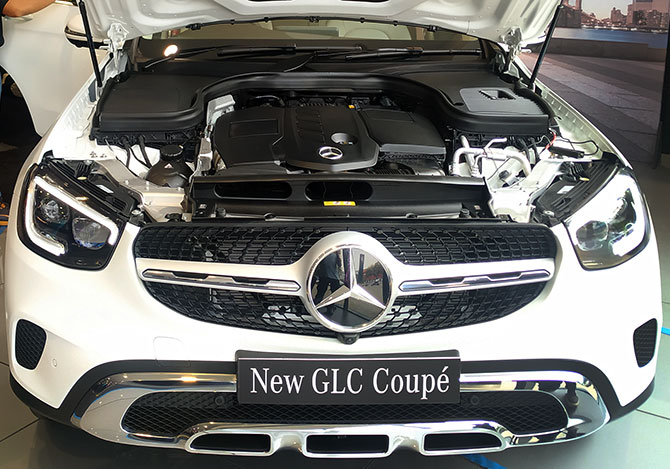 Both the engines come with a 9-speed automatic gear shift called the 9G-TRONIC transmission.

The fourth SUV launch in four months is visually striking and has attributes similar to the earlier facelift of the GLC, but there are lots of AMG’s features seen here. 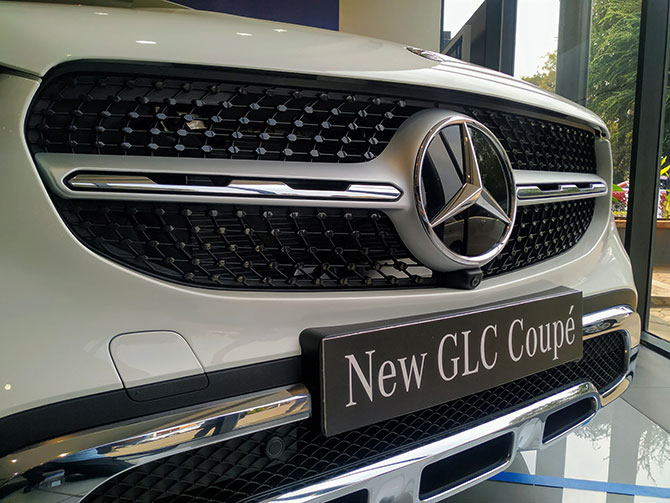 The diamond grille with a single slat Mercedes logo, which was only on the AMG, is now seen on the the new GLC Coupé with multi-beam headlamps.

These headlights come with integrated LED daytime running lights which also double up as turn indicators.

Adding to the sporty look is the aggressive new bumper and the new chrome skid plates below the air dam. 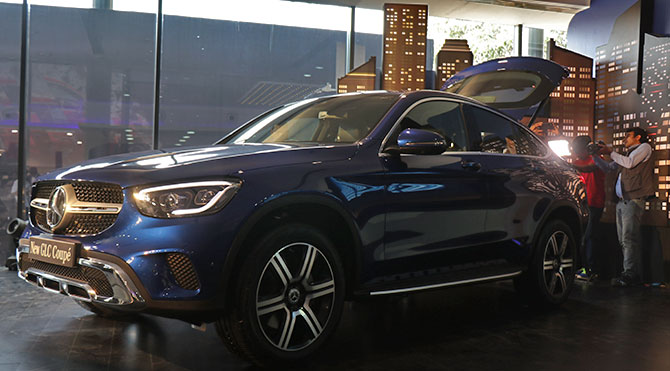 The 19-inch alloys with thick rubber tyres add to the SUV stance of the car, and the sloping roof of the Coupe is something that is becoming more and more popular with luxury car-buyers today.

The massive 500-litre boot, expandable to 1040 litres, opens with a single flick of the Mercedes logo on the rear and is a one touch operation to shut too. 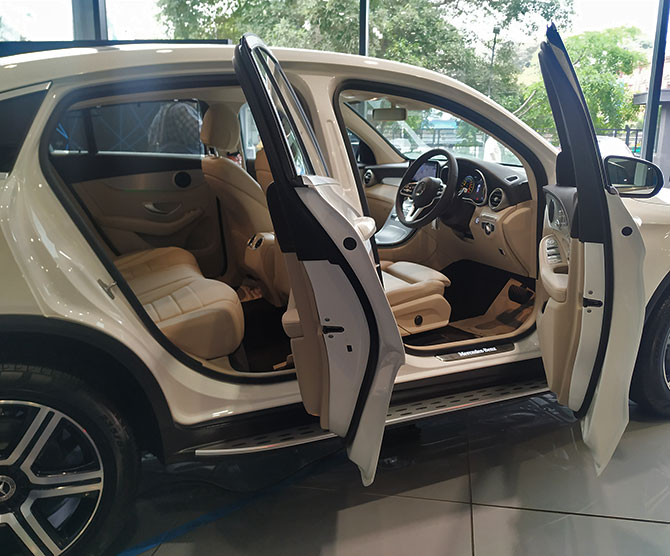 The interiors have ample legroom, although the sloping roof would make it a tad tight for tall passengers at the rear, but the whole purpose of a car being a coupe is to drive it. And that’s where everything is… In the cockpit-styled front seat.

The front sports two displays. The centre infotainment unit which houses the MBUX, or as Mercedes calls it, ‘the most intuitive in-car virtual assistant and infotainment system based on AI in the luxury car segment’. 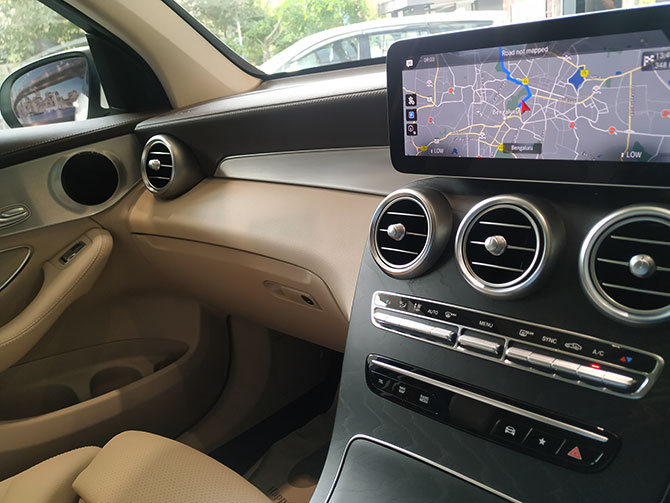 And the air vents below the centre Infotainment screen have the premium look and feel which Mercedes has always stood for.

The instrument cluster behind the steering wheel, which looks like an analogue speedometer, is actually completely digital. 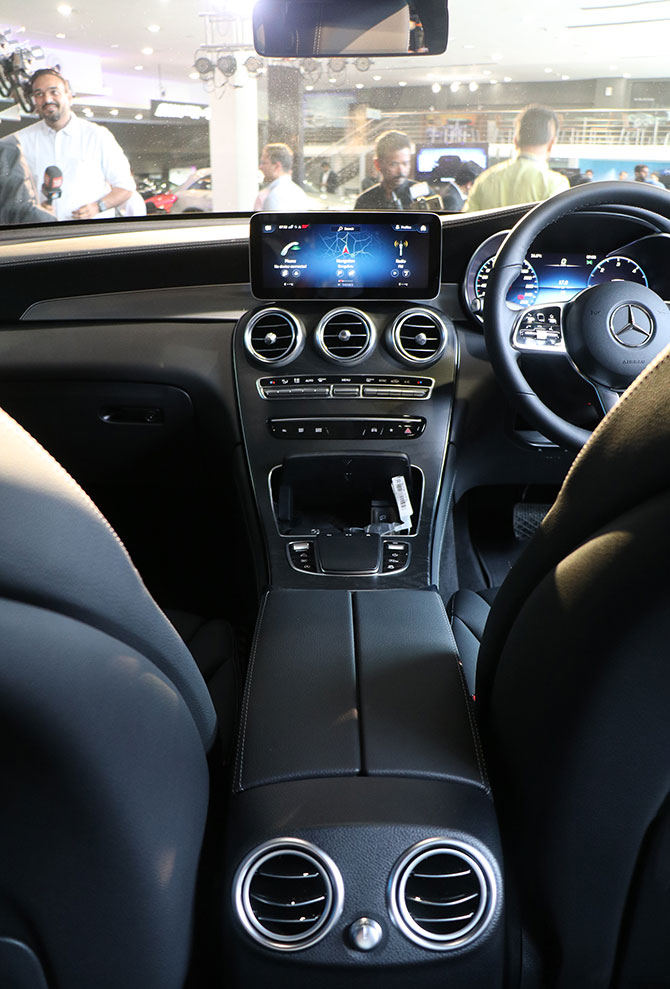 The centre console seamlessly extends from the track pad in the centre, where the gear knob is normally placed, all the way to the rear AC vents. Yes, there is no gear knob on this car in the centre console. What it does have instead is a paddle shift behind the steering wheel to control the 9-speed automatic. 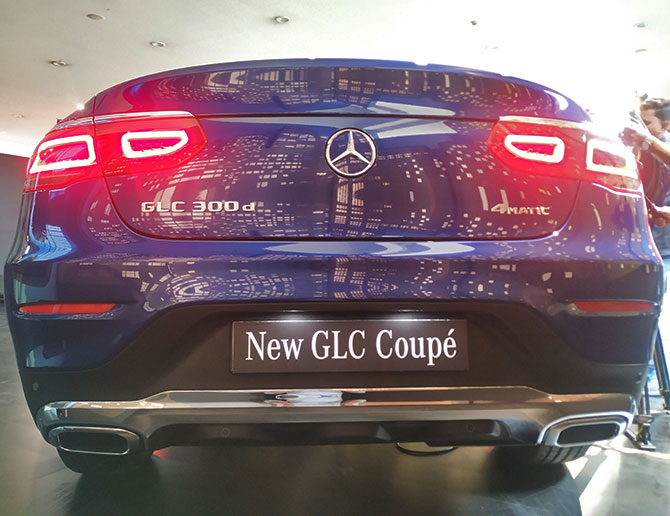 The rear gets complete LED taillamps and the badging of what variant the car is.