Home » Business » Why investors can look to buy Wipro

Why investors can look to buy Wipro

Wipro trades cheaper than its peers and could be a good buy on a relative basis. 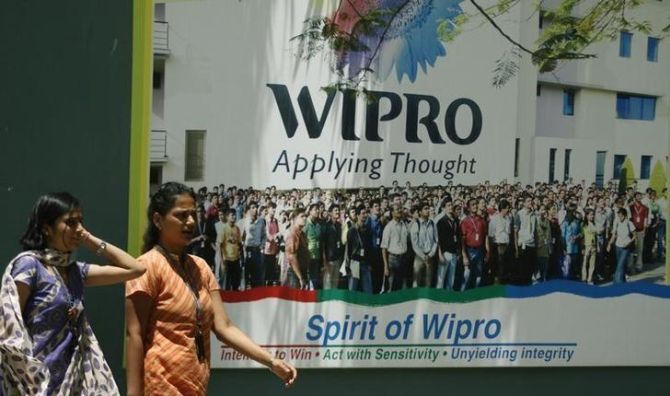 Technology firm Wipro has a “high probability” of getting included in the benchmark Sensex, while two-wheeler major Bajaj Auto is the “most likely” deletion candidate, according to an analysis done by Brian Freitas, an analyst at independent research provider Smartkarma.

The changes to the index will be announced mid-November, and will become effective from December 17.

The December review uses the 6-month average market capitalisation and trading turnover data between May 1 and October 31 to determine changes.

Freitas believes investors can look to buy Wipro given the index inclusion trigger.

“Wipro trades cheaper than its peers and could be a good buy on a relative basis, especially with the upcoming passive flows and active positioning flows prior to that,” he says.

Besides, a lot of active mutual funds are benchmarked to the Sensex, which often adjust their holdings ahead of a rebalance.

In comparison, Tata Consultancy Services (TCS) trades at 28.1 times and Infosys at 27.7 times.

Bajaj Auto too trades cheaper compared to its peers and can be a good buying opportunity if its price drops from active positioning and then passive selling, says Freitas.

Bajaj Auto, however, is expensive when compared to Hero Motocorp—P/E of 14 times and EV/sales of 1.33 times.