Why are More Women Jobless?

Indian women have education, inspiration and perspiration — but not enough employment, points out Mahesh Vyas. 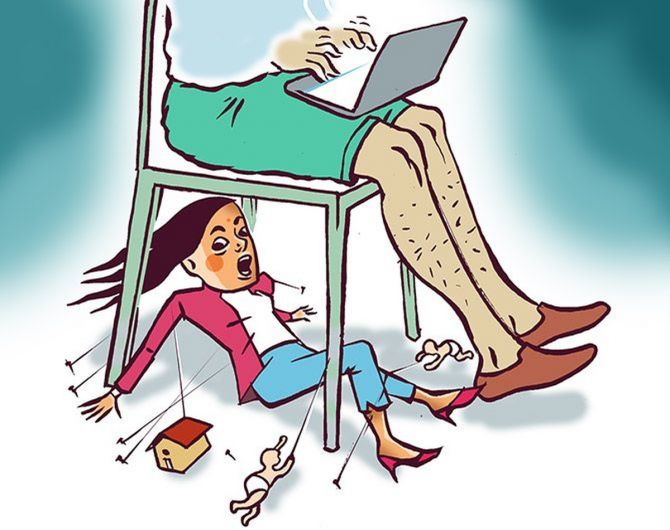 This, according to the official Web site, is a day to celebrate social, economic, cultural and political achievements of women.

It is perhaps also a time to take stock of where India stands today and where it is likely headed in terms of achievements of women.

Over eight per cent of directors on boards of listed companies were women in 2019-2020.

More impressively, 64 per cent of listed companies have at least one woman director. Legislation has helped.

The Companies Act made it mandatory in 2014 for every listed and large unlisted company to have a woman on its board of directors.

But, it is not just legislation. An estimated 1.7 per cent of CEOs of companies in India are women.

These numbers are small but they are important. Women like Indra Nooyi of PepsiCo and Kiran Mazumdar-Shaw of Biocon are iconic and hugely inspiring.

Over 14 per cent of members of Parliament elected in the 2019 Lok Sabha polls were women.

The Women’s Reservation Bill proposed in 2008 that sought to reserve 33 per cent of parliamentary seats for women was never passed. But, women continue to make progress even without legislation.

One in five of all IAS officers is a woman. It could be better but it is better than the representation of women in the judiciary.

One in nine high court judges and only one in 30 Supreme Court judges is a woman.

Numbers matter but influence is of equal importance. Women political leaders in India have been very influential.

Indira Gandhi, Sonia Gandhi, Mamata Banerjee and Jayalalithaa have been or continue to be big mass influencers.

It is fair to assume that women in India will continue to attain greater positions of power and influence in the coming years.

Rising education and inspiration from torch-bearers will increase the number and proportion of women CEOs, judges, administrators and political and thought leaders.

The battle on education of women in India was won a decade ago.

In spite of this education and the scores of inspiring success stories of women in the corporate and non-corporate world, the average Indian woman is woefully far from being an employed woman. She works hard, but is not employed.

The challenge, it appears, is that Indian society is biased against women working outside their homes.

It is in the urban regions where the true test for women working outside their homes lies.

Why should equally educated women face a higher unemployment rate than men even though very few women seek employment?

CMIE’s Consumer Pyramids Household Survey, which has a far more stringent definition of employment, depicts a picture that is much grimmer.

In February 2021, the urban female employment rate touched 5.4 per cent. There is almost no recovery from the pandemic-hit low of 5 per cent in April 2020.

Indian women work a lot. But, their work is predominantly at home, in service of other members of their household.

Their participation in the labour markets outside their houses in urban India is very low in spite of their superior education.

The second and third cases reflect bias in society and possibly, they cause the first case.

Indian women have education, inspiration and perspiration — but not enough employment.