Numbers, those longtime pillars of the entertainment business, determiners of pay scale and quantifiers of the hot and the not, are vanishing from public view.

Streaming’s inexorable takeover of the industry has altered the once-straightforward process of measuring the performance of TV programs and movies. Of course, there has been grumbling for decades about Nielsen’s methods or the validity of box office projections, but there was generally some kind of verdict once a show aired or a movie opened. Today, not so much.

As companies transact directly with consumers and don’t always put advertising at the center of their calculations, viewership stats have become more elusive than at any time in the past few decades. Traditional gauges of linear viewing seem less relevant than ever, and TV programming outside of sports is increasingly judged by how effectively it lures streaming subscribers. As movies stream either at the same time they reach theaters or sometimes in lieu of them, they seem to leave little shadow, creating the opaque inverse of the concrete feats of Spider-Man: No Way Home. 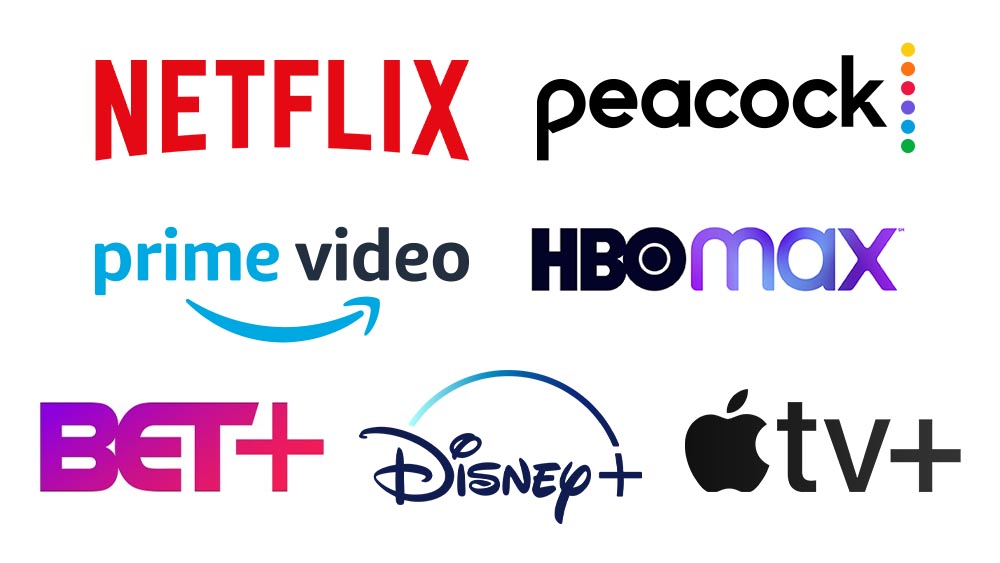 “It’s like we all got in a time machine and went back to the year 1958,” marvels Paul Dergarabedian, who has spent 30 years analyzing box office, currently at ComScore. “We’re saying, ‘What is this new thing called television and how do we measure it?’”

The overseers of streaming services – few of whom are veteran programming or production executives who have sweated through a debut – care more about metrics like ARPU (average revenue per user) and churn (how many subscribers cancel in a given period) than raw viewing. “For streamers, it’s like they’re running a buffet in Vegas – they don’t care what you eat as long as you pay to be there,” Dergarabedian says.

Netflix, leveraging its global leadership position in streaming, has recently increased the amount of data it shares, issuing weekly top 10 lists of movies and series in dozens of countries on a weekly basis. That offers at least some count of the highest fliers, but the flops still come and go without any figures attached. Because its strategic focus is on subscribers, not exhibitors or advertisers, Netflix will never release a Gigli, at least in the official record books.

Newer streaming rivals like Disney+, Apple TV+ and HBO Max lack Netflix’s scale, so they describe activity on their platforms only in relative terms – “the biggest original drama in our history,” etc. A year or two into their existence, they have yet to divulge any specific viewership figures. Apple is more extreme than that, never shedding light on how many people have signed up for Apple TV+ since it launched in November 2019. Amazon’s Prime Video made a mockery of the idea of reporting numbers in 2020 when it trumpeted the “tens of millions” of Prime members who watched Borat Subsequent Moviefilm. (Thanks for the info, Seattle.)

While Nielsen remains the dominant third-party measurement firm, it had a grueling 2021. The company admitted to under-reporting linear viewing and streaming as well as out-of-home audiences and had its accreditation yanked by the obscure but influential Media Rating Council. While atoning for their missteps, executives have been beating the drums for Nielsen One, which they bill as a solution to the mushrooming array of viewing venues. The comprehensive, multi-platform ratings system is due to roll out by the end of 2022.

NBCUniversal has been one of the loudest critics of Nielsen and decided to invite a host of companies to offer alternatives, which it could use to supplement traditional data. Krishan Bhatia, president and chief business officer of NBCU, said 54 companies wound up answering the call for submissions. “We just don’t believe that there’s going to be a single solution for all of this,” he told Deadline in an interview. “The future state is just not one single, monolithic solution.”

Paul Dergarabedian, ComScoreFor streamers, it’s like they’re running a buffet in Vegas – they don’t care what you eat as long as you pay to be there.”

ComScore Chief Commercial Officer Chris Wilson said the measurement firm has access to a historic amount of viewership data, but he concedes that little of it is divulged publicly. “We’re in this sort of transition stage from what I would consider private to public exposure of this information,” he says. Unlike in the tech world, where Facebook and Google have long dominated advertising and therefore don’t need to share data, video streaming has a large enough array of players that Wilson expects to soon be exchanging more information. (Video on demand metrics, Wilson noted, were similarly kept in a vault, but that grip has recently loosened.) “The level of visibility within those streaming services is only going to continue to expand in 2022,” he predicts. ComScore, like Nielsen, is planning to roll out a new measurement product designed to weave together streaming, linear and other forms of viewing, with an announcement expected in the coming days.

Brian Wieser, a former Wall Street analyst who is now global president of business intelligence for media agency giant GroupM, says advertising will be an integral aspect of streaming. He does not expect Netflix to add an ad-supported tier anytime soon. With most rivals offering at least some form of advertising, with Discovery+, Peacock, Paramount+ and HBO Max with Ads joining Hulu at the top of the premium ad-supported market, Wieser sees a large chunk of the $60 billion-plus in total TV advertising spend migrating to streaming. (Bhatia notes that NBCU’s launch of Peacock “tried to disprove the narrative that people were switching to streaming because it was an ad-free environment.”)

With those dollars moving into a purely digital marketplace, Wieser believes the future of streaming measurement will hinge on a central question: “To what extent are marketers invested in TV going to continue to care about reach and frequency vs. age and gender?” Nielsen’s shortcoming, in many clients’ eyes, is its reliance on age and gender as the primary lens on programming, as opposed to putting its focus on enabling ad targeting. Many ad buyers, Wieser notes, want to know viewers’ geographic location or whether they have searched online for a certain product – flexibility that the internet has long provided.

Hollywood’s efforts to catch up with Netflix and Amazon in streaming, after spotting them more than a decade’s head start, has required a massive culture shift. After decades of doing business a certain way, they are looking to adopt the mind-set of tech companies and compete with them to hire engineers and other staffers. Howard Shimmel, the former longtime head of research at Turner Broadcasting who now runs his own consultancy, Janus Strategy and Insights, has long criticized the TV industry’s tendency to look in the rear-view mirror. “It concerns me that we’re trying to solve a 2012 problem — fixing linear TV measurement — when the real urgency is to figure out integrated approaches that take into account, connected TV, AVOD and linear, including addressable linear,” he said. “Linear TV, where advertisers are buying on broad age and gender information, is not going to disappear tomorrow, but its importance is diminishing.” 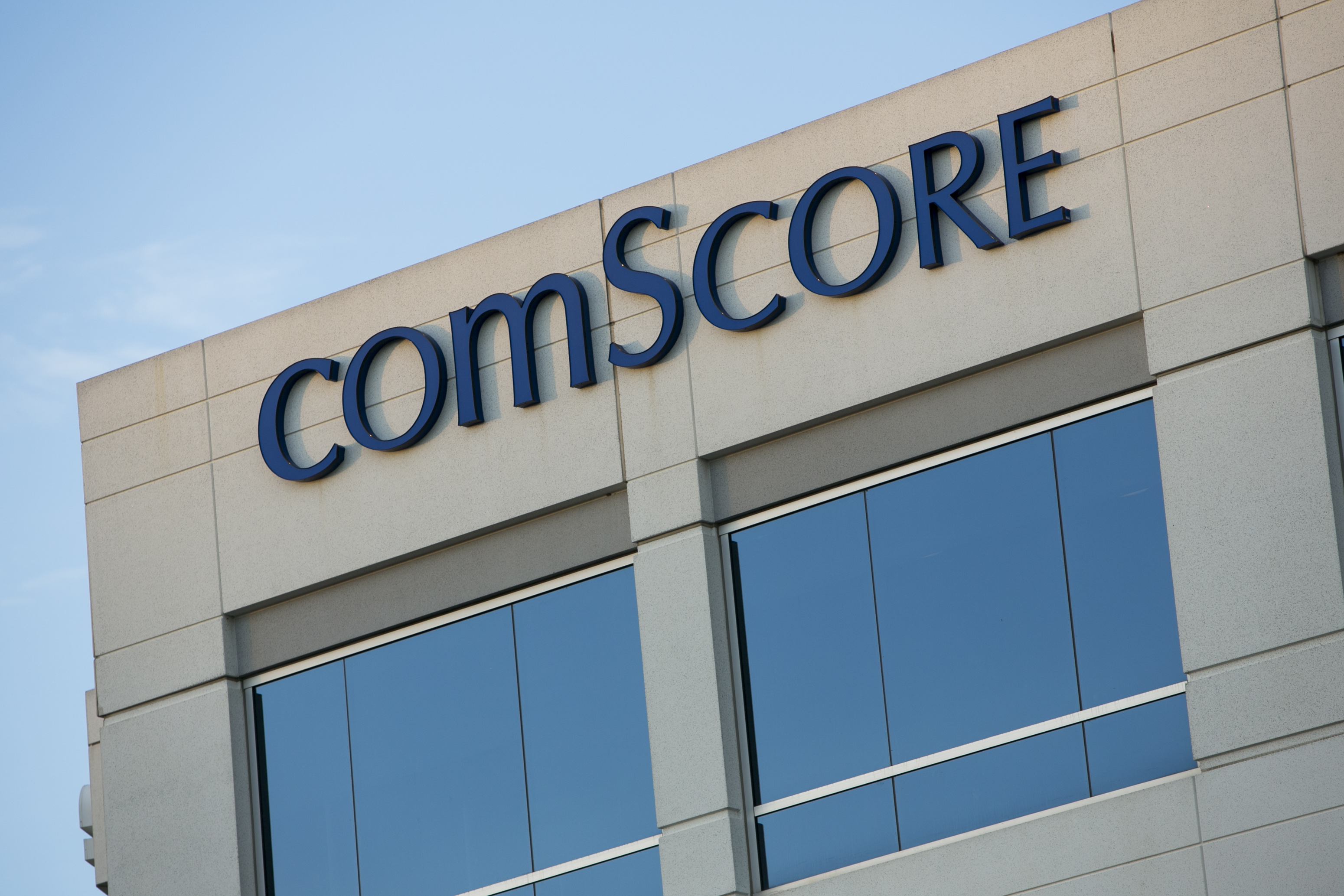 ComScore CEO Bill Livek has no trouble envisioning his company toppling Nielsen and becoming the No. 1 third-party measurement provider. (ISpot and Samba TV, which have grown significantly in recent years in part due to their traction in smart-TVs, are two other contenders.) “The pandemic broke the system for them,” Livek said of Nielsen, because it relies on human pollsters visiting the homes of panel participants. ComScore’s system, by contrast, emphasizes digital watermarking. “It was only a hundred years ago that the British pound sterling was the world’s reserve currency,” Livek notes. “We are set to come out of this [pandemic] as the reserve currency.”

When contacted by Deadline, Nielsen declined to make executives available for this story. The company’s CEO, Bill Kenny, addressed the swirling controversy in a mid-December interview with the Los Angeles Times. “I don’t see anybody out there who’s got remotely the scale, the ability to do empirical evidence, or the trust factor by both buyer and seller that Nielsen does,” he said. Asked about the anti-Nielsen vitriol expressed by media companies and ad agencies, Kenny replied, “There have been angry spats for 30 years when there’s a major transition in the technology.”

ComScore merged in 2016 with Rentrak, which had not long before that managed to supplant Nielsen as the primary source of box office data. Nielsen had assumed the top spot in movies by acquiring EDI, a pioneer in tracking movie ticket sales, which it then sold to Rentrak in 2009.

As the measurement companies jockey, producers and talent have responded warily to the murky data environment. “There is a pretty significant degree of frustration in the creative community,” one independent production exec says. “For the moment, that feeling is offset by the financial resources and freedom they’re getting in order to explore complex stories that might otherwise be untenable. The system has historically been so fixated on box office that it had become unhealthy and homogenous. So, that’s the tradeoff – maybe everyone doesn’t applaud your weekend number when you walk into a lunch, but you get to pursue the kinds of projects you’re passionate about.”

Media And Entertainment Stocks Close The Book On Mixed 2021

A Look Ahead For The News Media: Ten Things To Watch In 2022