‘The whole world is watching’

Family and supporters of George Floyd took a knee for eight minutes and 46 seconds before Derek Chauvin’s murder trial. The ship stuck in the Suez Canal is finally floating free. And a CDC official described feeling “impending doom” over COVID-19 infections.

⚡️ But first, some polarizing news that could come as a shock: Could Volkswagen be changing its name to “Voltswagen”? It sure does look that way, according to a document that was apparently posted online accidentally.

Before the first witness was called and attorneys began laying out their cases in the murder trial of former Minneapolis police officer Derek Chauvin, the cousins, brothers and other family members of the man he’s accused of killing gathered in front of the courthouse and took a knee for eight minutes and 46 seconds – the amount of time Chauvin was seen kneeling on George Floyd’s neck. “The whole world is watching,” said civil rights attorney Ben Crump as he and supporters called for “equal justice under the law.”

It might seem like the trial started awhile ago, but after a lengthy jury selection and other legal issues under consideration, the trial actually started today. Here’s where we are:

If convicted of the most serious charge, Chauvin could face 10½ to 15 years in prison under sentencing guidelines for first-time offenders. 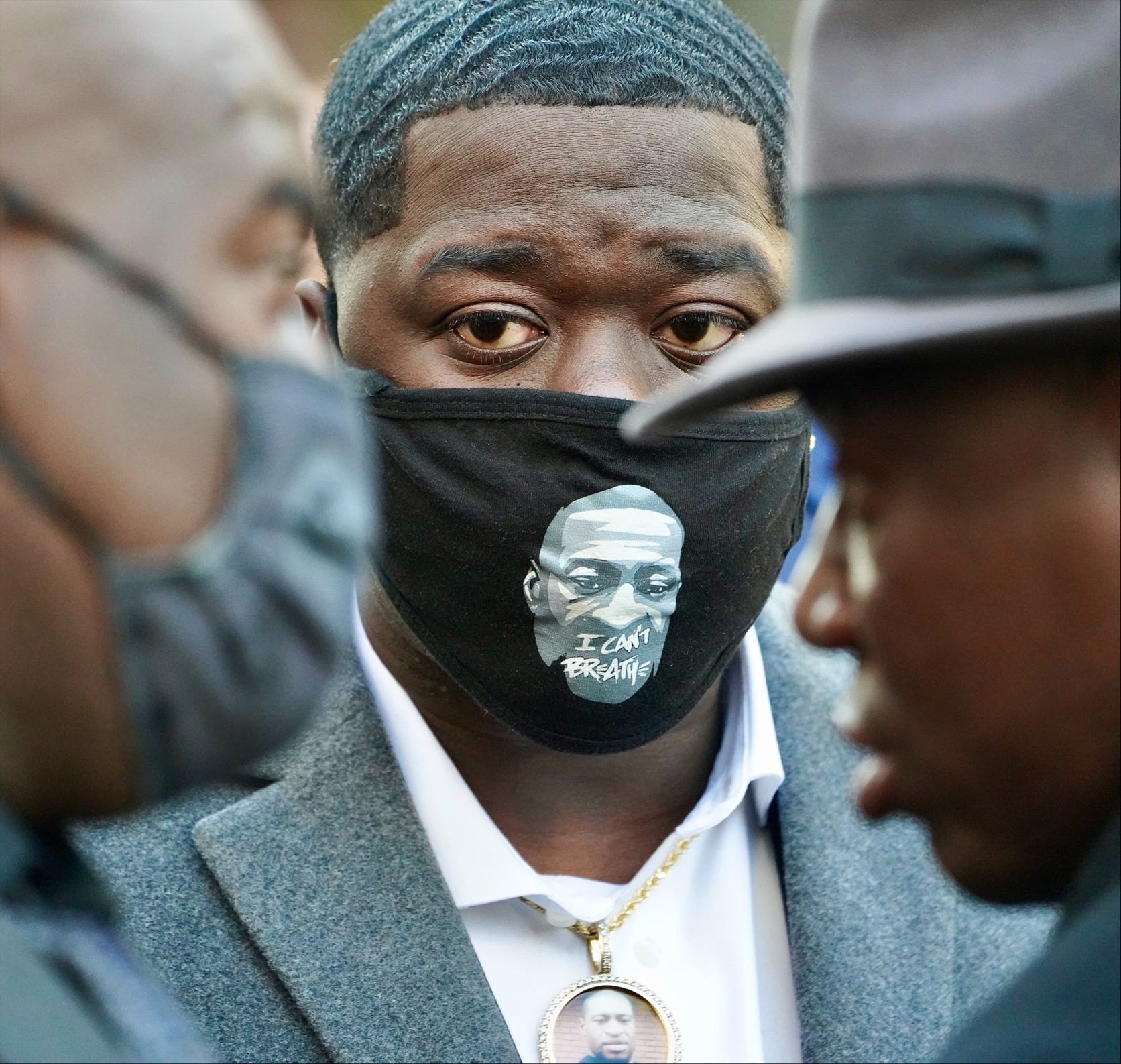 The ship show comes to an end

The Ever Given, one of the largest ships in the world, is free at last after being stuck in Egypt’s Suez Canal for almost a week. The ship was refloated and moving through the canal Monday after a salvage team of tugboats pulled the vessel toward a wider stretch of water in the middle of the canal. “We pulled it off!” said Peter Berdowski, CEO of Boskalis, the salvage firm hired to extract the Ever Given. “I am excited to announce that our team of experts, working in close collaboration with the Suez Canal Authority, successfully refloated the Ever Given … thereby making free passage through the Suez Canal possible again.” It was not immediately clear when ships will again flow through the crucial global shipping lane, but authorities say it will take more than three days to clear the traffic jam caused by the (slightly entertaining) mishap. 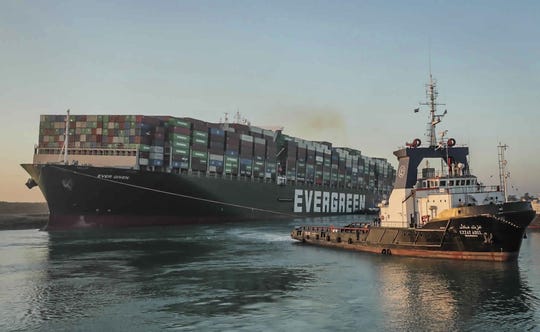 The Ever Given, a Panama-flagged cargo ship, is pulled by a tugboat in the Suez Canal in Egypt on March 29. (Photo: AP)

What everyone’s talking about

President Joe Biden’s got a somewhat optimistic forecast for vaccine eligibility, though a top public health official described a recurring feeling “of impending doom” when it comes to daily infections, which are up 10% from a week ago. CDC Director Rochelle Walensky’s gut feeling comes from the rising number of COVID-19 hospitalizations and deaths, which averaged nearly 1,000 per day last week after four consecutive days below 850. Biden has a rosier outlook, saying Monday that 90% of American adults will be eligible for COVID-19 vaccines by April 19, beating his previous goal of nationwide eligibility by nearly two weeks. The USA leads the world in coronavirus cases, with more than 30 million.

Two students died after a boat carrying five members of the Iowa State University crew club capsized on a lake Sunday, the university and authorities said. Five members of the team were practicing on Little Wall Lake when the boat capsized, The cause of the incident is under investigation. The body of one student was recovered by a dive team Sunday, and authorities announced they found the body of the second missing crew member Monday. Three of the students were rescued from the water with the help of civilians. “We’ve also had several heroes that live in the buildings out here, came out and help the individuals,” Hamilton County Sheriff Doug Timmons said. “This could have been a lot worse.” 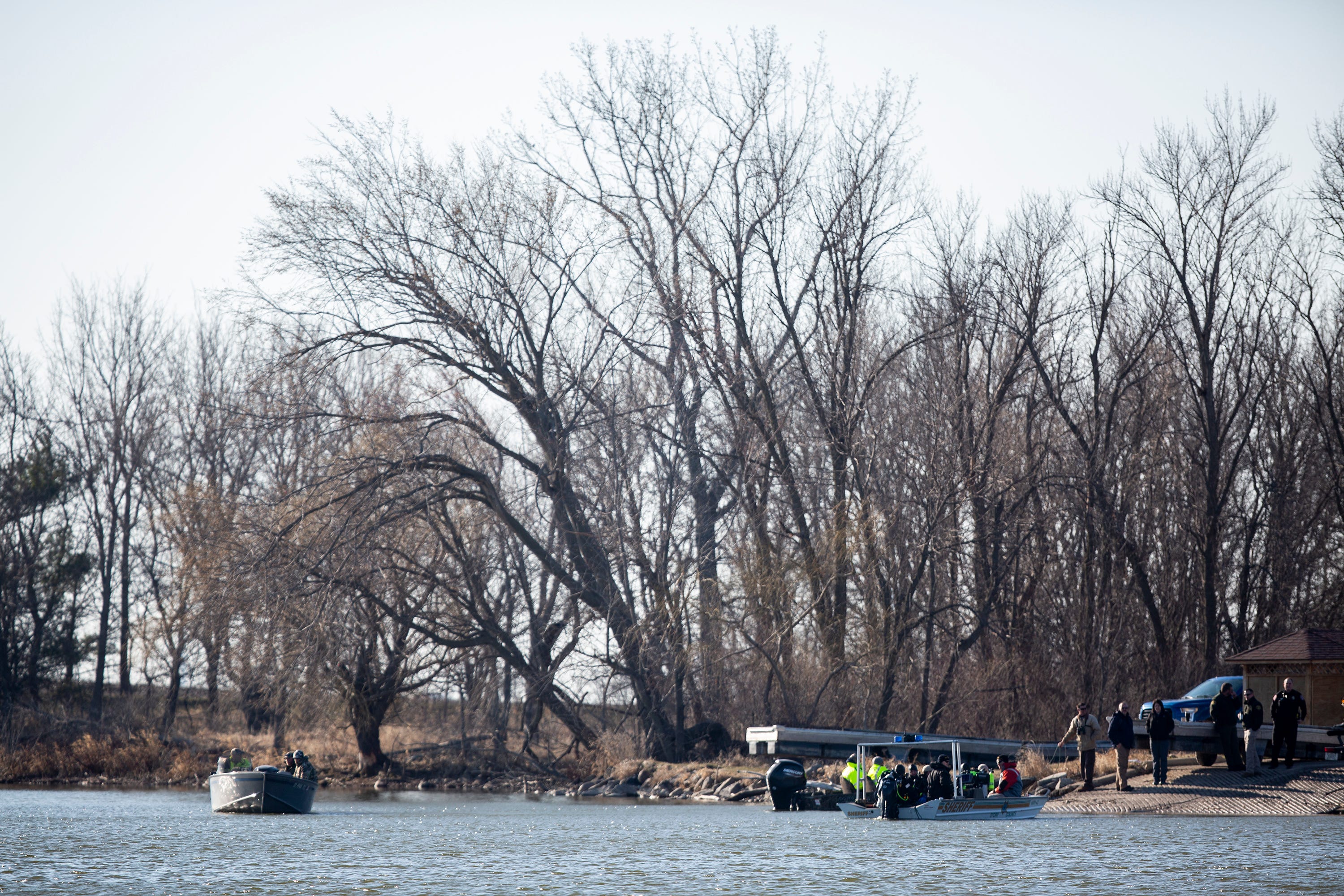 More rain, possible floods in the forecast for swamped South

After a deadly and devastating weekend of flooding in portions of the South, another round of rain is forecast for the region Tuesday and Wednesday. Over the weekend, surging water battered the Nashville area, killing at least four people and forcing scores to flee their homes. Showers and thunderstorms are forecast along the Gulf Coast on Tuesday before expanding north into Arkansas, Mississippi, Alabama, Tennessee and Kentucky Tuesday night, AccuWeather said. Unlike weather systems in recent weeks, which spawned dozens of tornadoes and wide swaths of wind damage across the South, a large-scale outbreak of severe weather is not anticipated, according to AccuWeather.

A car rests in a ravine along Blackman Dr. near Edmondson Pike Sunday, March 28, 2021 in Nashville, Tenn. Flash flooding along Sevenmile Creek the night before caused major damage in the South Nashville neighborhood.

A break from the news

This is a compilation of stories from across the USA TODAY Network. Want this news roundup in your inbox every night? Sign up for The Short List newsletter here.