Home » Business » THE RISE OF GENETIC TESTING IN HEALTHCARE: How leading genetic testing companies like Ancestry and 23andMe are carving into healthcare with the promise to fuel more personalized care

THE RISE OF GENETIC TESTING IN HEALTHCARE: How leading genetic testing companies like Ancestry and 23andMe are carving into healthcare with the promise to fuel more personalized care

Since the first human genome was sequenced in 2003, the genetic testing market has evolved rapidly alongside consumers’ interest in how their genetic makeup affects their health.

The human genome was sequenced — or read in its entirety — for the first time in 2003 after more than 20 years of work and nearly $5 billion was put into the National Institutes of Health’s (NIH’s) Human Genome Project — which marked a huge step in helping scientists and medical researchers understand how genes and gene interactions impact disease development and progression. In the ensuing decades, genetic information catapulted into mainstream healthcare, driven largely by the rapid decline in cost for DNA sequencing technology.

DNA testing firms like Ancestry and 23andMe broke onto the genetic testing scene via direct-to-consumer (DTC) tests, and consumers have flocked to their products seeking to gain insights into their individual health risks. Ancestry and 23andMe both offer cheaper, but less comprehensive, DNA testing — their products come at a price point between $100-$200, which is likely more enticing to average consumers than higher-cost tests that explore the entire, or a larger portion of, the genome.

The ability to provide genetic tests at a lower cost has opened up new opportunities in preventative medicine. For example, chronic illness accounts for 90% of the US’ more than $3.7 trillion of annual healthcare spending — and healthcare stakeholders are actively looking for ways to assess population health risks and intervene earlier. Genetic testing is an attractive proposition for healthcare players that want to paint a picture of an individual patient’s health risks — and use that information to help guide care plans that could mitigate the development or progression of a condition and steer drug development for more precise medications.

In this report, Insider Intelligence will examine the industry forces that have helped evolve genomic information from a consumer novelty to a transformative healthcare technology. We outline how some of the key players in the genetic testing space have altered their business models to appeal not only to consumers but also healthcare players across the industry, including health systems and pharma companies. We provide a glimpse at what’s next for the implementation of genomic information — namely, the barriers that are holding genetic testing companies back from reaching new customers, including how the coronavirus pandemic could impact growth in the space. 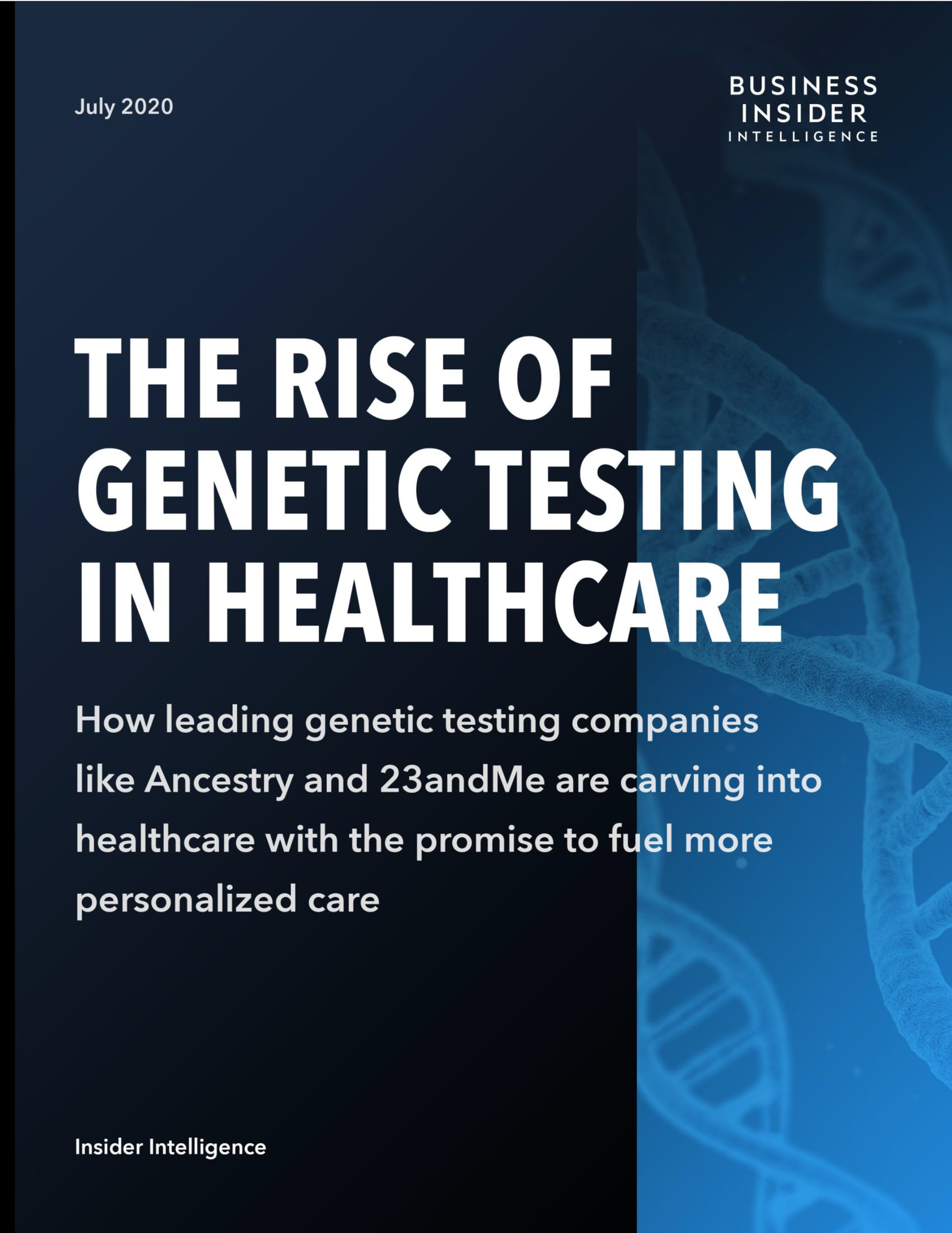 Here are some key takeaways from this report:

In full, the report:

Are you a current Insider Intelligence client? Log in and read the report here.