The future of renewable energy could look very different under Biden

New York (CNN Business)America’s climate policy is about to undergo another radical reversal.

For the past four years, President Donald Trump propped up fossil fuels, called climate change a “hoax” and falsely claimed wind power causes cancer. He dismantled Obama-era environmental regulations and appointed a former coal lobbyist to lead the EPA.
Biden, on the other hand, is promising to urgently address the climate crisis. The president-elect has pledged to invest $2 trillion in clean energy and to immediately rejoin the Paris climate accord.

Business leaders in the renewable energy industry are breathing a huge sigh of relief about the 180 in Washington.
“It helps a lot,” Tom Werner, chairman and CEO of rooftop solar company SunPower, told CNN Business when asked about the fact that the next president isn’t a climate denier. “I’m optimistic we’ll have stable policy that creates a more positive environment for renewables with the Biden-Harris administration.”

Biden is expected to appoint climate-focused policymakers to lead the Energy Department, EPA and other critical agencies.
“That can make a huge difference,” said Werner, who added that he has had talks with Biden policy advisers. 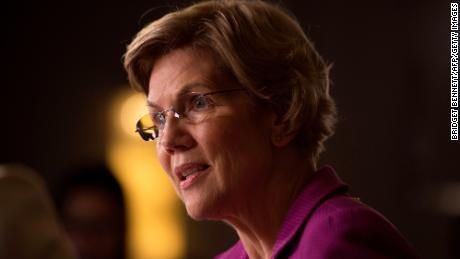 After years of trading mostly under the radar, solar and other clean energy stocks have boomed in 2020.
SunPower’s (SPWR) share price has spiked 270% to record highs. The San Jose, California-based company, which is majority-owned by French energy giant Total, is now valued at $3.3 billion. Rival rooftop solar firm SunRun (RUN) is up more than 300% this year, giving it a market valuation of $11 billion.
“The vibe in the solar industry is great and getting greater,” said Werner.
Democrats failed in their quest to win a clear-cut majority in the US Senate, though a 50/50 split is possible if the party pulls off an upset win in both January runoffs in Georgia. Regardless of those results, sweeping legislation such as a Green New Deal is off the table. Even a carbon tax may not be feasible in a divided Washington.

What happens to the ‘lifeblood’ of the solar industry?

Still, solar executives and investors are optimistic about the tone from Washington.
“The prospects for more policy support in a renewables-friendly agenda out of DC are significantly improved under a Democratic administration,” Brian Lee, analyst at Goldman Sachs, wrote in a client note this week.
Despite the spike in solar stocks, the potential for better policy and increased solar volume “does not appear to be fully priced into stocks,” Lee wrote. “We believe clean energy stocks — in particular solar equities — are poised to continue to outperform.”
Biden’s promise to immediately return the United States to the Paris climate accord is driving much of the optimism, as the move that would signal Washington’s commitment to tackling the climate crisis head on. 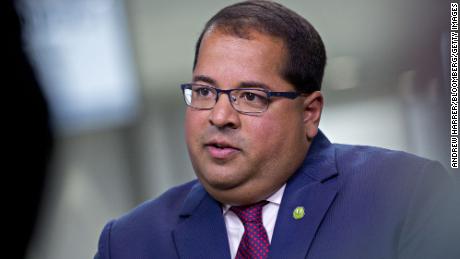 So too is a Biden climate taskforce’s ambitious target of installing eight million solar rooftops by cutting regulations and speeding up permitting.
But the big focus is on the fate of the federal Energy Investment Tax Credit (ITC), which is scheduled to get phased out by 2022. Biden’s tax plan calls for Congress to expand the ITC, which provides a huge incentive to home owners and businesses that buy or finance rooftop solar installations.
“We view the ITC as the lifeblood for solar demand in the US,” Angelo Zino, senior equity analyst at CFRA Research, wrote in a recent note to clients
Despite the continued gridlock expected in Washington, SunPower is optimistic about another extension of the tax credit.
“The ITC is the most important thing by a lot,” Werner said. “That’s No. 1, 2 and 3.”

Beyond climate denial, the Trump era ushered in a flurry of tariffs and other trade threats. In January 2018, Trump imposed a 30% tariff on silicon solar cells and modules made overseas. Those tariffs are scheduled to phase out in February 2022.
Werner said there was bipartisan support for Trump’s crackdown on China, but he believes the trade strategy created “meaningful friction” for SunPower in the form of distractions and higher costs.
“Tariffs can be implemented faster than companies like SunPower can adjust to them,” he said. “Instead of running my company, I was spending time learning trade policy and how to get input on it.”
Before renegotiating NAFTA, Trump repeatedly threatened to impose tariffs on Mexico, where SunPower had factories.
“We had to create a whole strategy of what-ifs,” Werner said. “If there is a tariff, do we shut factories down? Do we move them? These are hard things to make quick decisions on. You can’t just build a new glass factory in Portland.” 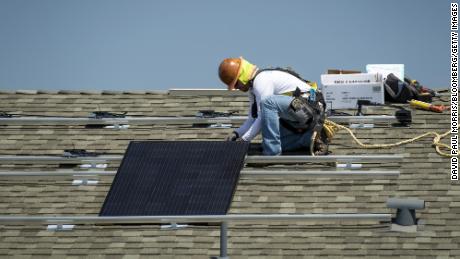 Even with a change in the White House, these trade tensions are not going to just disappear.
Zino, the CFRA analyst, predicted the next administration will impose another round of solar tariffs.
“Biden is likely to be just as tough on China as Trump has been,” Zino said.
In August, SunPower spun off most of its manufacturing operations into a separate public company called Maxeon Solar Technologies. As part of the reorganization, the two companies have a two-year exclusive purchase and supply agreement.

The pandemic has spurred a number of economic and cultural trends that have been mostly bullish for solar companies.
First, the migration out of cities is fueling a housing boom. SunPower partners with Toll Brothers (TOL), KB Home (KBH) and other builders to install solar panels on new homes. The company’s new home business is “growing astronomically,” Werner said, “because people are moving out of high-cost areas into low-cost ones.”
Another hot area: SunPower sells solar panels to big data centers, which are growing rapidly because of the increasing importance of cloud computing. “That business is booming,” Werner said.

But the biggest game changer has been the work-from-home movement, which has encouraged many Americans to upgrade their homes, including boosting resilience. Home owners on the West Coast are installing rooftop solar in part to offset the power outages that have gripped California.
“It’s actually been a stimulus because so many people are working from home,” Werner said. “If you lose power…you can’t work.”
Source: Read Full Article