The White House’s nascent effort to bail out oil and gas producers struggling with plunging oil prices could become a political boondoggle, legal and industry experts say, given the difficulty of finding congressional support for offering federal dollars to an industry plagued by reckless financing and devastating effects on the climate.

The price war that broke out between Saudi Arabia and Russia on Sunday pushed the price of crude into its steepest single-day nosedive since 1991. Both producers vowed to continue oversupplying the market even as the panic over the coronavirus pandemic grounded planes and shuttered factories, significantly reducing demand. The combined effect sent the price of oil below $33 a barrel Wednesday and threatened what one analyst called a “financial bloodbath” for the U.S. fracking industry, whose rapid expansion over the past decade was fueled by precarious debt.

In response, the Trump administration, which has aggressively bolstered the oil and gas sector, this week began “strongly considering” offering low-interest government loans to drillers, The Washington Post reported Tuesday.

It’s unclear what form such an aid package would ultimately take and whether it would require congressional approval if it reached fruition. The American Petroleum Institute, the industry’s largest and most powerful lobby, told reporters it was “not asking” for a bailout and denied having any talks with the administration. At a Wednesday hearing on Capitol Hill, Treasury Secretary Steven Mnuchin said the administration was considering a loan package to certain industries similar to the federal program to prop up airlines after the Sept. 11, 2001, terrorist attacks caused an abrupt drop in air travel.

That measure, which provided direct aid worth $7.3 billion in today’s dollars and $14.6 billion in loan guarantees for the airline industry, came through Congress and was signed into law by President George W. Bush on Sept. 23, 2001. 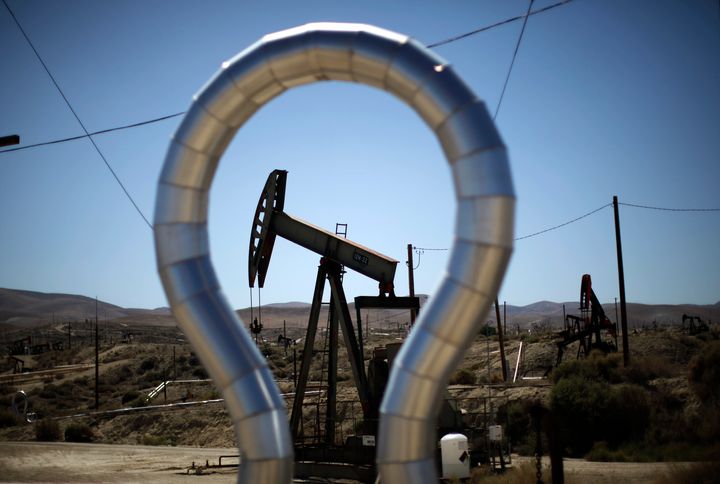 Mnuchin, according to a separate Washington Post report, insisted four times that such a program would not amount to a bailout and specifically zeroed in on airlines, hotels and cruises. Legal experts said those industries may be an easier sell than assisting the oil industry.

“For one, we don’t want these businesses to go under, and, two, we do want them to shut down and stop spreading disease,” said James Coleman, an associate professor at Southern Methodist University’s Dedman School of Law in Dallas. “With respect to the oil industry, what are we getting for our money? That’s less clear.”

Hydraulic fracturing, the drilling technique known as fracking, transformed the United States over the past decade from a nation concerned about oil and gas shortages to a top exporter of both fuels. But the fracking wells that now pincushion the landscape in states such as Pennsylvania, North Dakota and Texas came at high costs. The industry relied heavily on debt to finance its rapid expansion, raising about $300 billion from bond issuance from 2009 to 2019.

That credit line started to shrink over the past few years as investors demanded more disciplined spending and a sharper focus on profits. The 30 largest shale producers in the sector lost more than $50 billion from 2012 to 2017, according to a Wall Street Journal analysis. From 2015 to 2016, the market research firm Moody’s estimated, a whopping 91% of all corporate debt defaults in the country were in the oil and gas sector.

Unlike previously bailed out industries, such as banking or travel, which provide economically vital services that are difficult to replace if companies go out of business, oil and gas resources don’t go away if the firms that tap them do, said Ed Crooks, vice chairman of the energy research consultancy Wood Mackenzie. By stepping in, he said, the federal government would effectively penalize energy companies that borrowed money cautiously and prevent overdue bankruptcies that he surmised would lead to a necessary consolidation of the industry. He compared the process to a “sobering up.”

“One of the potential silver livings of this crisis is it will accelerate that [consolidation] and impose economic rationality and traditional, commercially sound behavior on the industry,” Crooks said. “If the government intervenes and starts throwing money at it to prop it up and prevent that disruption and turbulence you go through as you’re having a rationalization, in the long term it’s counterproductive.”

The industry carries important symbolism for the Trump administration, which cast its efforts to deregulate and expand the industry as vital to its nationalist agenda. The president’s reelection campaign embraced the fossil-fuel industry in its outreach to voters in critical swing states such as Pennsylvania. But it’s hardly been a job engine. Despite 30% increases in productivity over the past two years, employment in the industry has remained flat since May 2018, Crooks said.

The effects of the downturn were likely to primarily hurt small-scale producers, Crooks said. But even oil majors, such as Exxon Mobil Corp., Chevron Corp. and Occidental Petroleum Corp., saw their stock prices drop this week. Some companies benefited from the market dive. Investors flocked to some small fracking companies that primarily drill for gas, not oil, under the theory that, in the short term, oil giants might scale back production. But drillers’ sensitivity to price swings shows significant weakness in the industry overall as green alternatives gobble up fossil fuels’ market, said Tom Sanzillo, the finance chief at the nonprofit Institute for Energy Economics and Financial Analysis.

“You have an energy transition taking place, so what that means is the nature of the cyclical markets in fossil fuels, the up and down, is taking place in an environment where there are now non-fossil fuel competitors at every level,” Sanzillo said. “They are taking what looks like small amounts of market share, but, in a constricted market, any amount of market share hurts profitability.”

Climate change is the other proverbial elephant in the room. United Nations scientists determined in 2018 that the world had to halve emissions by 2030 to maintain a climate that resembles that of today. But even that looks like a conservative estimate. In November, a paper published in the journal Nature warned that a “point of no return,” at which human-caused warming triggers uncontrollable releases of natural greenhouse gases and rapid, violent climatic changes, are more “dangerously close” than previously believed. New research published in the journal Nature Communications this week found that the tipping point at which irreversible changes ravage the world’s ecosystem could come in a matter of years, far sooner than expected.

The United States’ planet-heating emissions fell only slightly, by 2.1%, in 2019 due to an 18% drop in coal-fired electricity production, a study by the consultancy Rhodium Group found in January. But increased oil and gas production supplanted most of the reduced emissions. By 2025, the sum of all projected emissions from planned oil and gas projects in the U.S. equal 50 coal-fired plants’ worth of greenhouse gases, a report by the nonprofit Environmental Integrity Project found.

By 2030, the U.S. is on track to produce 60% of the world’s new oil and gas supply, 90% of which will come from fracked wells, according to a 2019 report by scientists at more than a dozen environmental groups. By the middle of the century, those emissions would total the equivalent of 1,000 coal-fired plants.

The fracked gas sector boasts that its product is less carbon-intensive than coal, the fuel it has eclipsed as the nation’s primary source for electricity. But methane, a powerful planet-heating emission and the main component in fracked gas, is responsible for roughly 25% of global warming. The oil and gas industry’s methane emissions are also 60 times higher than existing federal estimates, according to a University of Colorado study published in 2018 in the peer-reviewed journal Science.

Yet this reality hasn’t stopped President Donald Trump, who rejects climate science altogether, from eliminating regulations to curb emissions or limit oil and gas drilling. Before Trump took office, the industry took in the lion’s share of the $20 billion in federal and state subsidies given each year to fossil fuel companies, a report by the nonprofit Oil Change U.S. found. Since his administration began, the White House moved to scrap rules on limiting methane emissions and offshore drilling, relaxed protections on an endangered bird that lives on oil-rich lands, and opened up public lands with fragile ecosystems to oil and gas leasing. 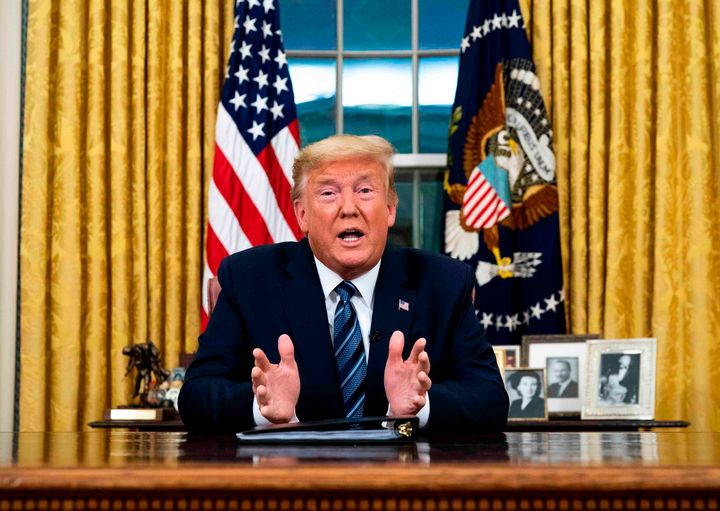 That makes the extension of taxpayer money to drilling companies that much harder to square, said Caitlin McCoy, a fellow at the environmental and energy law program at Harvard Law School.

“The industry has gotten quite a few things off its wish list from this administration,” she said. “Yet the administration is still willing to do more. It’s just, like, when will it ever end?”

For years, fossil fuel-boosting Republicans railed against tax credits for the solar and wind industry with the oft–repeated line that the federal government should “not pick winners and losers” in the energy market. Despite the vast subsidies still afforded to the century-old fossil fuel industry, the refrain caught on as the go-to conservative slogan in energy policy debates. The hypocrisy, for some, was difficult to ignore today.

“At a time when we need to be moving away from fossil fuels, federal resources should be going to renewables and efficiency, not propping up drilling,” said Michael Gerrard, director of the Sabin Center for Climate Change Law and Columbia Law School. “This is socialism for the fossil fuel industry.”

This Car Loses Its Value the Most