The 4 most fearsome attack helicopters ever to roam the battlefield

Since rotary-wing aircraft were introduced during the Korean War, they’ve proved their utility in a bunch of mission areas like troop transport, reconnaissance, vertical replenishment, and Medevac.

But perhaps no other capability has changed the dynamic on the battlefield as much as the use of helicopters as attack platforms.

Here are four models that enemies have learned to fear over the years: 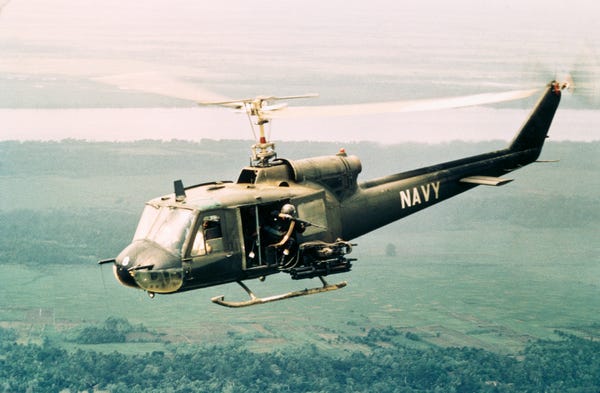 This is the one that started it all. As the Vietnam War expanded, the Huey became the workhorse because of its utility in jungle environments and maintainability.

The engineers added sponsons with hard points, and the Huey became a lethal gunship capable of firing rockets, grenades, and 20mm bullets. 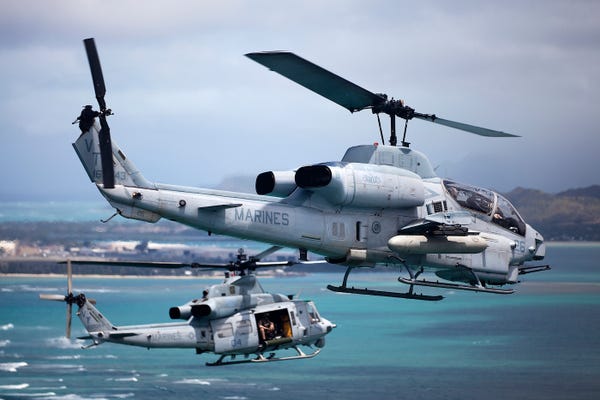 As defenses got more sophisticated during the Vietnam War, the US Army and US Marine Corps decided they needed a more sophisticated attack helicopter. Enter the Cobra with wing mounts that can be loaded with rockets and missiles and a chin mount that can fire at a rate of 4,000 rounds per minute.

The two-man crew sits in tandem, with the pilot sitting — surprisingly enough — in the rear cockpit. The Cobra most recently proved it’s mettle during the invasion of Iraq in 2003 where it was used in urban environments very effectively. 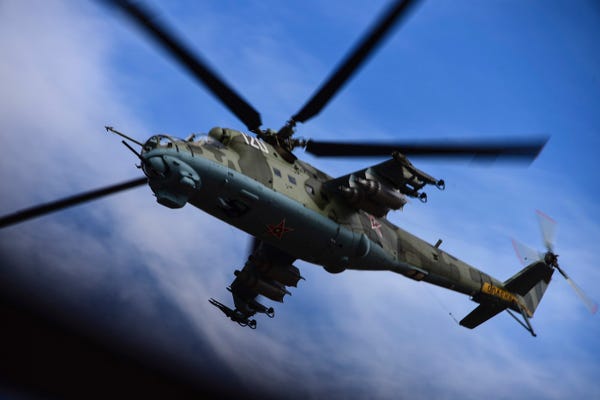 Arguably the meanest-looking helicopter ever, the Soviets used the Hind extensively against the Mujahadeen in Afghanistan, and it was during that war that it earned its reputation.

It was designed to be fast (it held the helicopter speed record of 228.9 mph from 1978-1986), survivable (its fuselage is armored and the rotor blades are titanium), and lethal (both internal and external bombs, guns, and rockets).

Most recently, Hinds have been seen in the skies over Syria carrying out attack missions against both ISIS insurgents and Syrian rebels. 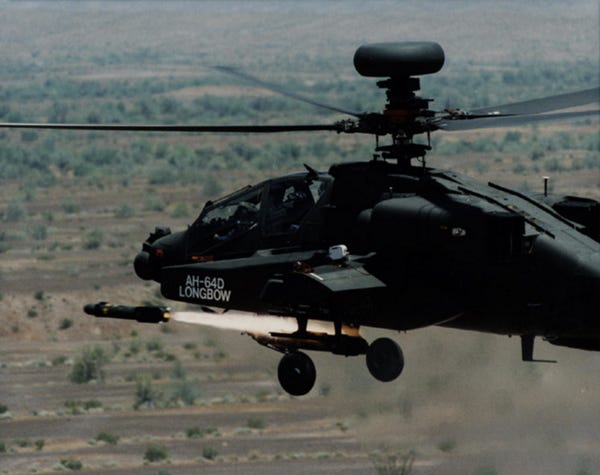 The Apache is the most technologically advanced of the bunch, with helmet-mounted cueing and avionics that allow it to prioritize 256 targets day or night and in all weather conditions. Like the Cobra, the two-man crew sits in tandem with the pilot in the rear cockpit.

The Apache carries a mix of weapons including rockets, Hellfire missiles, and a chin-mounted 30 mm chain gun. The Apache first proved its worth during Desert Storm, an environment for which it was well suited. It’s also been extensively employed in the wars since 9-11.

Time to get moto with a couple of awesome videos. First, check out this Cobra compilation: