INDIANAPOLIS – Bert Smith hasn’t seen the moment that made him famous. His wife has seen it once, and she’ll never watch it again. If you saw it, you understand.

Smith is the college basketball official who passed out during the men's NCAA Tournament regional final between Gonzaga and Southern California, toppling over like a fallen tree – his description – his body prone and unmoving, his eyes open and unseeing, a Gonzaga trainer frantically waving for help.

People in the building, and I was one of them, thought he was dead. Turns out, that night probably saved Bert Smith’s life. But slow down, OK? We’ll get there, but right now we’re moving too fast.

Then again, isn’t that what Bert Smith has always done? Moves fast, this guy. First as an athlete growing up in Buffalo, a high school small forward, receiver and 400-meter runner, then some junior college basketball. After that he studies business administration at SUNY-Buffalo, gets a job at Avis Budget Group, moves fast up the ranks as his career takes him to Chicago, Houston and finally the Cincinnati area. 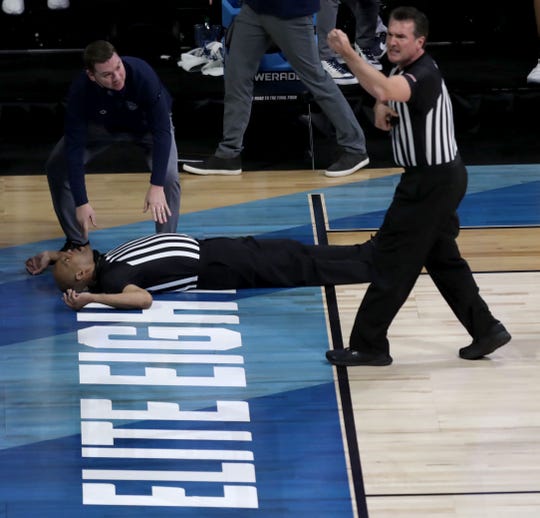 Biden encourages businesses to take advantage of the employee retention credit. Here's what you need to know

Panic buying is emptying gas pumps across the Southeast