For well over a year, expansion of the College Football Playoff has felt inevitable. There was too much dissatisfaction with the system from too many of its constituents, too much lethargy around the same teams making it over and over, too little enthusiasm about even playing in bowl games from teams that missed out on the Playoff.

Something had to change.

And as usual in college sports, it’s changing for the financial benefit of everyone but the players.

That’s not to say Thursday’s announcement from the CFP suggesting a 12-team playoff will be coming in the next few years is bad news. Far from it.

As the flaws of the four-team model have revealed themselves to us since its debut in 2014, playoff expansion not only makes sense but was pretty much an imperative to juice more interest in the sport. Given how stubbornly college football’s old guard held onto the BCS for years and years despite mounting evidence that they needed a playoff, the fact that it’s going to triple in size in less than a decade is nothing short of remarkable.

As you wade through the details of what the CFP management committee will formally consider next week in Dallas, it’s clear that the strongest conferences got taken care of here because there will be additional spots — which means additional money — for the SEC and the Big Ten. There are easier access points for Group of Five teams, for Notre Dame, for the Pac 12. Heck, they’ve even given a big sloppy kiss to their bowl game cronies here since the proposal includes bowls as host sites for quarterfinals and semifinals.

But the players? They’re getting a longer, more grueling season with no change in their slice of the pie. That’s College Sports Inc. for you, the same as it ever was.

“We were looking for ways to create opportunity but also be very mindful of what the impact of additional games would be,” said Notre Dame athletics director Jack Swarbrick, who noted that most teams would not play more games in this system than they would have otherwise. 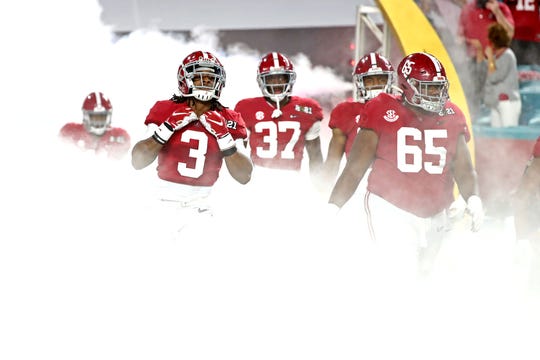