Los Angeles County reported another 35 Covid-related deaths today, pushing the county’s death toll from the virus over the 25,000 mark. That makes it far-and-away the leading cause of death in the region.

In 2017 — the last year for which data is available — the leading cause of premature deaths in the county was coronary heart disease, according to the L.A. County Department of Public Health. That malady accounted for 11,211 premature deaths during that period.

While the 25,002 the county total Covid-19 deaths to date have occurred over 17 months and not 12 months, Covid deaths the region were already double the number of premature coronary heart disease fatalities seen in 2017, at more than 22,000 deaths on March 11, 2021. That date marked the grim one-year anniversary of the first recorded death in L.A.

Wile many early in the pandemic compared Covid to the flu, “On average for a flu season,” said Los Angeles Director of Public Health Barbara Ferrer, “we see between 1,000 and 1,900 deaths.”

Looking at the (previous) greatest pandemic the country has ever seen, the 1918-1919 Spanish Flu, public health records indicate from 2,725 to 3,355 deaths during the course of that outbreak. The population of the county was much smaller at that time, of course, but Angelenos also didn’t have the benefit of vaccines and modern antiviral treatments.

The county also reported another 3,239 cases, one day after seeing over 4,000 cases for the first time since January.

The 7-day rate of infections per 100,000 — considered a good barometer of infection spread — was 28.1 today, up a point from last week, according to Ferrer.

See below for a more extensive view of today’s data. 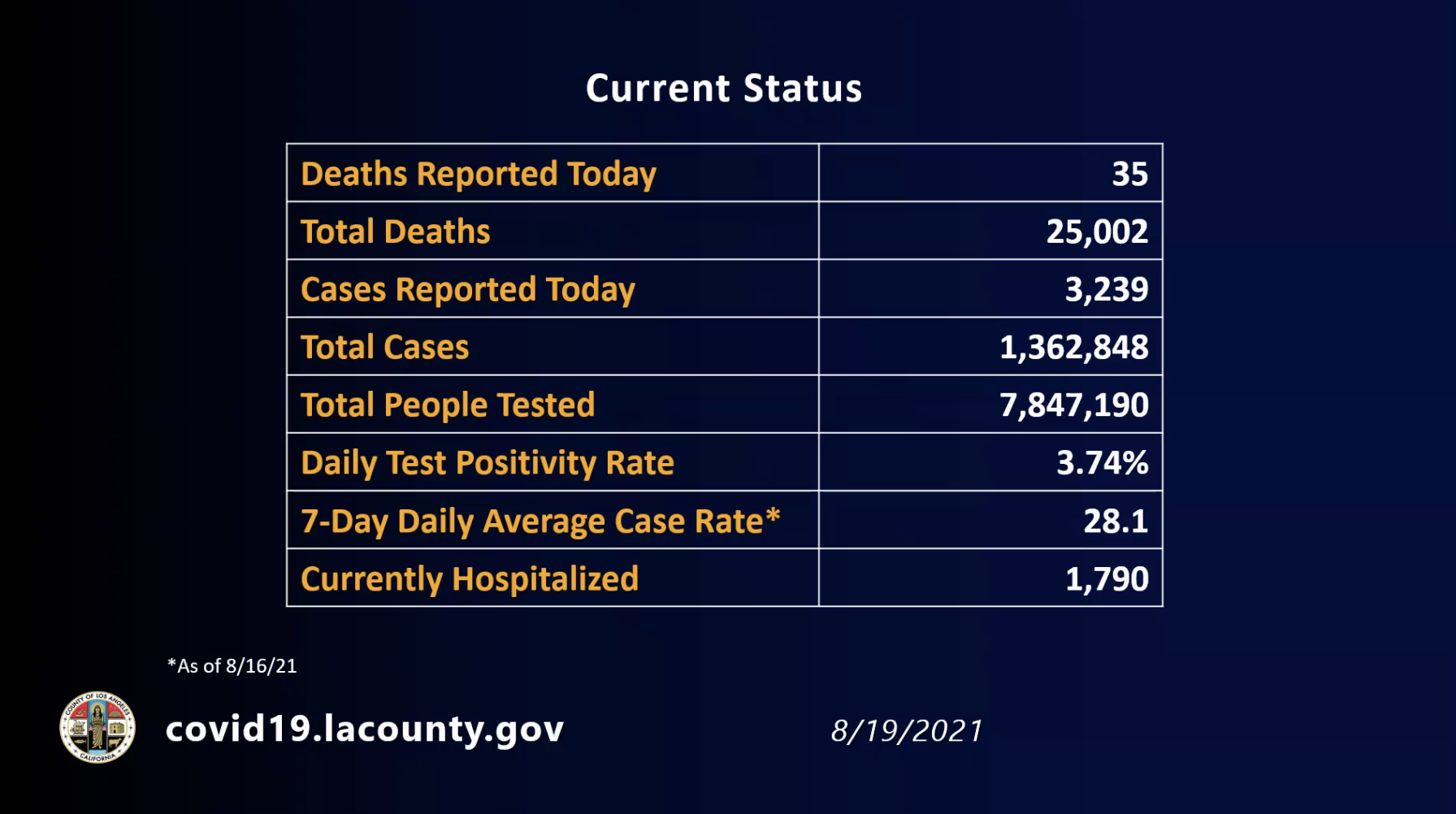