Clients are seen realigning their tech strategy by moving works from own captives to third-party service providers which is mostly benefiting to large companies such as Infosys, TCS, Wipro or HCL Technologies. 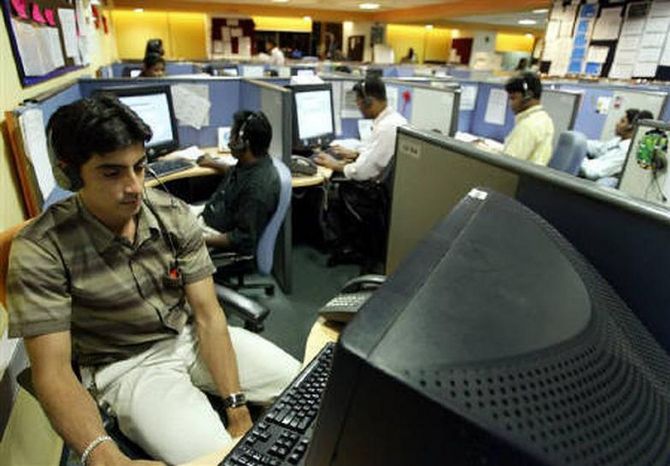 Large IT outsourcing deals are back in the market and the pace seems to have gathered steam this year despite the ongoing pandemic.

However, whether this is reason enough for the sector to rejoice, the answer is not straightforward as it should have been in normal time.

According to experts, even though spending in digital technologies by the clients has certainly increased, most of the large contracts that the service providers have clinched recently are results of vendor consolidation or the needs of the clients to go for cost-cutting programmes.

In some cases, clients are also seen realigning their tech strategy by moving works from own captives to third-party service providers which is mostly benefiting to large companies such as Infosys, TCS, Wipro or HCL Technologies.

However, the IT budget per se, has not seen any increase, with the quantum of spending remaining at the same level as before.

“Yes, large deals are back in the market. It started last year and accelerated this year,” said Pareekh Jain, an IT outsourcing advisor and founder of Pareekh Consulting.

The first thing there has been an acceleration in investment in digital technologies clients are resorting to cost-cutting programmes and mergers and acquisitions (M&As) in enterprises has also necessitated consolidation of IT functions.

“Large cost-cutting measures involve everything on the table, including consolidation of vendors, companies’ own captive centres, locations as well as service.

“It may mean work going to other vendors and internal teams, including captives will come to service providers.”

In the past 10 months, large Indian IT services firms had signed a number of major outsourcing projects involving millions of dollars.

Infosys, for example, has signed several large contracts in the past couple of years, including one with the US investment firm Vanguard that was pegged around $1.5 billion.

Recently, Daimler, which is estimated to be around $3.2 billion, to be executed multiple years.

Similarly, TCS in November has signed a contract with Deutsche Bank for $750 million and with Prudential for a similar size contract.

Earlier this month, Bengaluru-based Wipro also said that they had clinched a deal from German wholesale retail firm Metro because of which it would get outsourcing works worth $700 million, with a scope for improvement of the contract to $1 billion.

This deal would also require Wipro to acquire some 1,300 employees of Metro across Germany, Romania, and India who were working on for its technology projects.

“The second aspect of the digital transformations contracts (we are seeing today) is that the firms are often seeking to offload their legacy environments and they feel that their strategic partner is better positioned to modernise the estates if they control them,” said Peter Bendor-Samuel, founder and chief executive officer of Everest Group.

“Also, most mega deals (also) require the vendors to make significant investments, ranging from taking over people, equipment, buying out captives and providing IP and software.

“These investments increase the sizes and duration of the contracts and significantly complicate the contracts.”

“You don’t see any for ages and then you see a whole raft of them at once.

“What this indicates is that those deals don’t represent a larger trend but need to be assessed within specific conditions.

“Most of these included significant transfer of staff.”

The new trend also positions tier-I and large IT services suppliers better placed as compared to smaller ones as these are the ones who have better ability to invest back into the business for the sake of volume.

Besides, most of the large Indian players have seen huge cost savings in the past couple of quarters owing to the remote working requirement and ban on travels.

“Because of profit cushion, they can afford to be more aggressive on these large deals without sacrificing their target margin range,” said Jain.

“That means, while overall pie of IT services will not increase, share of few large Indian service providers can increase,” he added.

When Elon Musk Shops for Groceries