Home » Business » JPMorgan CEO isn't worried about the US economy

JPMorgan CEO isn't worried about the US economy

Hong Kong (CNN Business)JPMorgan has won an auction that gets it one step closer to controlling its asset management business in China.

But the escalating trade war between the United States and China may complicate the matter, analysts said.
JPMorgan confirmed Tuesday that it had the winning bid for 2% of China International Fund Management, a joint venture between the bank and its local partner. JPMorgan (JPM) currently owns 49%. 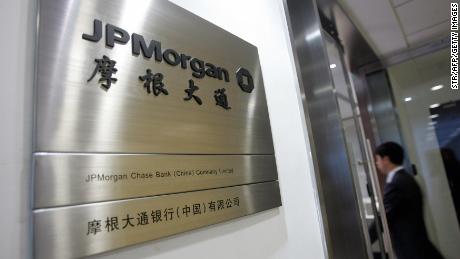 JPMorgan paid 241.3 million yuan ($34.3 million) for the additional stake, the minimum bid price set by its partner, according to data from the Shanghai United Assets and Equity Exchange.

The deal still needs to be approved by regulators in the United States and China. JPMorgan has already received Chinese approval to run a separate securities joint venture.
China, the world’s second largest economy, has huge potential for a bank like JPMorgan. CEO Jamie Dimon has described the bank as being “all in” on the growing its business there.
“This milestone and our ongoing investments in China reflect our long-term commitment to one of the largest, fastest-growing and most exciting markets in the world,” a spokesperson for JPMorgan said Tuesday. 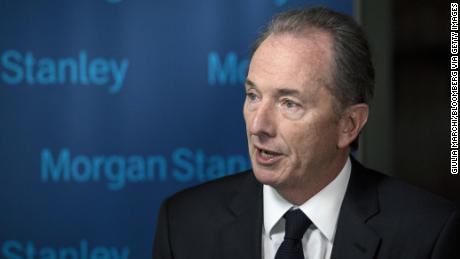 International banks are eying China, where 1.4 billion citizens had investible financial assets of $20 trillion in 2018, according to PwC. That number is expected to grow to $26 trillion by the end of 2020.
Despite the government’s moves to open up the financial sector, new entrants face numerous challenges, including regulatory barriers and entrenched local competition.
Foreign banks have geared up the process of controlling their Chinese joint ventures, after Beijing said it would eventually allow majority foreign ownership of domestic companies.
Yet the moves are taking place amid a dramatic clash between the United States and China over economic issues.
President Donald Trump has imposed tariffs on Chinese exports and labeled the country a currency manipulator. Beijing has responded with its own tariffs, saying it’s not afraid of a fight.
“The sudden turnaround in the US-China relationship has made things more complicated,” said Ronald Wan, chief executive for Hong Kong-based Partners Capital International.
He said Beijing may still approve deals to show its commitment to opening up the financial sector, despite the souring relationship with the United States.

Other banks move in

But uncertainty has increased and it’s also possible that regulators will wait to see what happens in the trade war before making a decision, said Wan.
Beijing announced in late 2017 that it would allow foreign investors to own 51% of securities firms, investment managers and life insurance providers, and would remove limits entirely in three years.
The Chinese government said earlier this month that it is willing to go faster and lift foreign ownership caps on such companies one year ahead of schedule.

Last week, Morgan Stanley (MS)signed a contract with its Chinese partner to buy enough of their joint venture in order to gain a 51% controlling stake. But the regulators also need to sign off on the deal.
Switzerland’s UBS (UBS) and Japan’s Nomura (NMR) have also already received regulatory approval to control securities’ businesses in China.
Source: Read Full Article