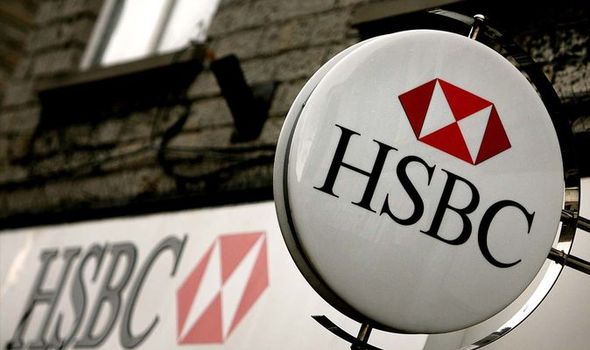 The lender’s “ring-fenced” British retail bank raked in just over £1billion in the three months to the end of September – from £382million a year ago – helped by not taking as big a hit from loans it expected to turn sour during Covid.

It came as HSBC reported a 74 per cent jump in global profits to nearly £4billion, equivalent to £33million a day.

Banks’ balance sheets have bounced back after reversing the credit losses they accounted for early in the pandemic.

Government action around the world and the rollout of vaccines have meant the potential hit to firms and households has been less than banks feared.

HSBC chief finance officer Ewen Stevenson said it had released about 70 per cent of the amount set aside, suggesting the worst was behind it.

The UK retail arm’s net interest margin – a key measure showing the difference between the rate paid to savers and that levied on borrowers – was 1.6 per cent, the same as the previous quarter.

Globally, the group’s margin fell to 1.19 per cent. That could increase if the Bank of England with other central banks raise rates to tackle inflation.

Meanwhile, HSBC shrugged off concerns about China. It has £14.2billion in lending to the property sector, where the Evergrande Group is grappling with a colossal debt pile, stoking fears of further defaults.

Mr Stevenson said: “You should look at the buyback as a measure of the confidence we have at the moment that we are not unduly concerned about our exposures in China.” HSBC boss Noel Quinn is betting on Asia to drive growth by moving global executives there and ploughing billions into the lucrative wealth business.

He said: “While we retain a cautious outlook on the external risk environment, we believe that the lows of recent quarters are behind us.”