The JPMorgan International Council on Thursday urged the public and private sector to step up their cybersecurity efforts to combat an increasingly dangerous threat to the economy and national security.
The council, which includes JPMorgan (JPM) CEO Jamie Dimon, Johnson & Johnson (JNJ) CEO Alex Gorsky and former Secretary of State Condoleezza Rice, called for greater collaboration between the government and businesses, stepped-up intelligence sharing and tougher cybersecurity legislation.

“Cyber is the most dangerous weapon in the world — politically, economically and militarily,” former Defense Secretary Bob Gates, the vice chairman of the JPMorgan International Council, said in the report, which was shared exclusively with CNN.

Earlier this year, gasoline shortages emerged in the Southeast after a ransomware attack shut down the Colonial Pipeline, one of America’s most vital pieces of energy infrastructure. Later, a cyberattack that infiltrated JBS forced the meat producer to shut down all beef production at facilities across the United States.
In 2020, Russian hackers breached US federal agencies in an attack that compromised as many as 14 technology firms.
“Cyber attacks in 2021 grew in number and sophistication, demonstrating that both state actors with vast resources as well as criminal groups have the capacity to threaten critical infrastructure and ultimately national security,” the JPMorgan International Council wrote.
The White House sent out a letter Thursday laying out steps business leaders can take to defend against cyber attacks this holiday season.
“Unfortunately, malicious cyber actors are not taking a holiday — and they can ruin ours if we’re not prepared and protected,” Biden cyber officials warned in the letter.
The JPMorgan council, whose members also include former UK Prime Minister Tony Blair and former US Secretary of State Henry Kissinger, credited the Biden administration and Congress for an “enormous amount of work” aimed at tackling the cyber challenge.
Yet the JPMorgan council, which first met in 1967, also laid out “opportunities to amplify these efforts,” including:
-Strengthening the collaboration between public and private sectors
-Ramping up the hiring of cybersecurity experts in government agencies
-Enhancing intelligence sharing among like-minded countries
-Defining and “enforcing norms of cyber behavior”
-Passing legislation to codify executive orders enacted by the Biden administration and prior administrations
“The public and private sectors must work together to fortify our business and government activities against this threat,” Gates wrote, “and adequately educate the American people about just how dangerous this weapon is.”

Business fears government is holding back on intel

The JPMorgan council called for governments to do more to bring cyber criminals to justice in a more timely manner. The report said this would “build greater trust and improve information sharing” between the public and private sectors.
“Cyber risk is of critical importance to countries, economies, and businesses,” Dimon wrote in the report. “To help protect national security and overcome impediments to trade, we need to hold bad actors accountable, provide transparency to those affected by incidents, invest in the uplift to cybersecurity, and adopt safe and sound practices for data protection and handling.”
The council argued that its crucial that governments don’t withhold what they know about cyber incidents and threats. 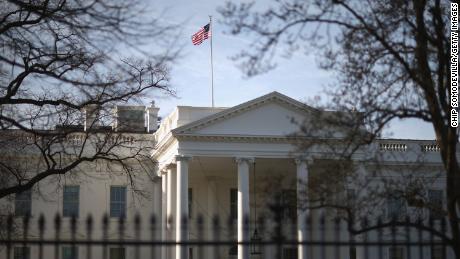 “There is a perception among some business leaders that the government is not sharing as much information as it could, which undermines trust and discourages businesses from sharing information in kind,” the report said.
Federal Reserve Chairman Jerome Powell warned Wednesday about how a widescale cyberattack could roil financial markets.

Asked during a press conference to identify risks to financial stability, Powell mentioned commonly cited threats such as a new Covid-19 variant and high market valuations. But then he expressed concern about how the Fed would respond to a major cyber event.
“The risk of a successful cyberattack … would be very difficult to deal with,” Powell said. “We know how to deal with bad loans and things like that. I think if a cyberattack that were to take down a major financial institution or financial market utility, that would be really significant financial stability risks that we haven’t actually faced yet.”
Source: Read Full Article