PHOENIX — The moment would have called for Suns guard Chris Paul to huddle his teammates together. Perhaps give an impassioned speech. Perhaps just compliment his teammates for a job well done.

After all, the Suns had just cemented a 120-114 win over the Los Angeles Clippers in Game 1 of the Western Conference Finals. Only problem? Paul remained in L.A. because of the NBA’s health and safety protocols. So Suns guard Devin Booker ran a new play to maintain Paul’s presence.

“We put him on FaceTime,” Booker said. “He's our leader. We lean on him for a lot, and we know how disappointed he is and frustrated he couldn't be out here for Game 1 of the Western Conference Finals, especially knowing his past history around this time. But we know we had him all the way through. We brought him in the locker room. We had him in our after-game huddle. So he's proud of us.”

Devin Booker got Chris Paul on FaceTime right after the game.

This Suns team has the best chemistry I’ve ever seen. pic.twitter.com/7hQoZ59Ukq

The Clippers have dealt with the same issues with All-Star forward Kawhi Leonard, who has missed the past three games because of a right knee sprain. The Clippers have not ruled Leonard out yet for Game 2, but he did not travel with the team. Still, Clippers coach Tyronn Lue conceded that the team has prepared for Leonard staying sidelined for the entire playoff series. The Suns have expressed just as much uncertainty with Paul’s availability. Suns coach Monty Williams listed Paul as “day-to-day.” It also remains unclear how much practice time, if any, Paul would need before returning for Game 2 or beyond.

Nonetheless, Paul and Leonard have still put their imprint on the series.

“Big brother, a leader and a guy who still has confidence in his team,” Clippers guard Reggie Jackson said of Leonard. “We know he's battling what he's the battling, and he's doing everything he can to get back with us. He's been here in spirit. He's been here vocally. He's been with the team. He's making sure we're good and giving us his best wishes. He’s still checking in.”

The most notable example of Leonard’s involvement occurred during the Clippers’ win over the Utah Jazz in a decisive Game 6 of the Western Conference semifinals. With the Clippers nursing a 22-point half-time lead, Leonard helped the team make an in-game adjustment. 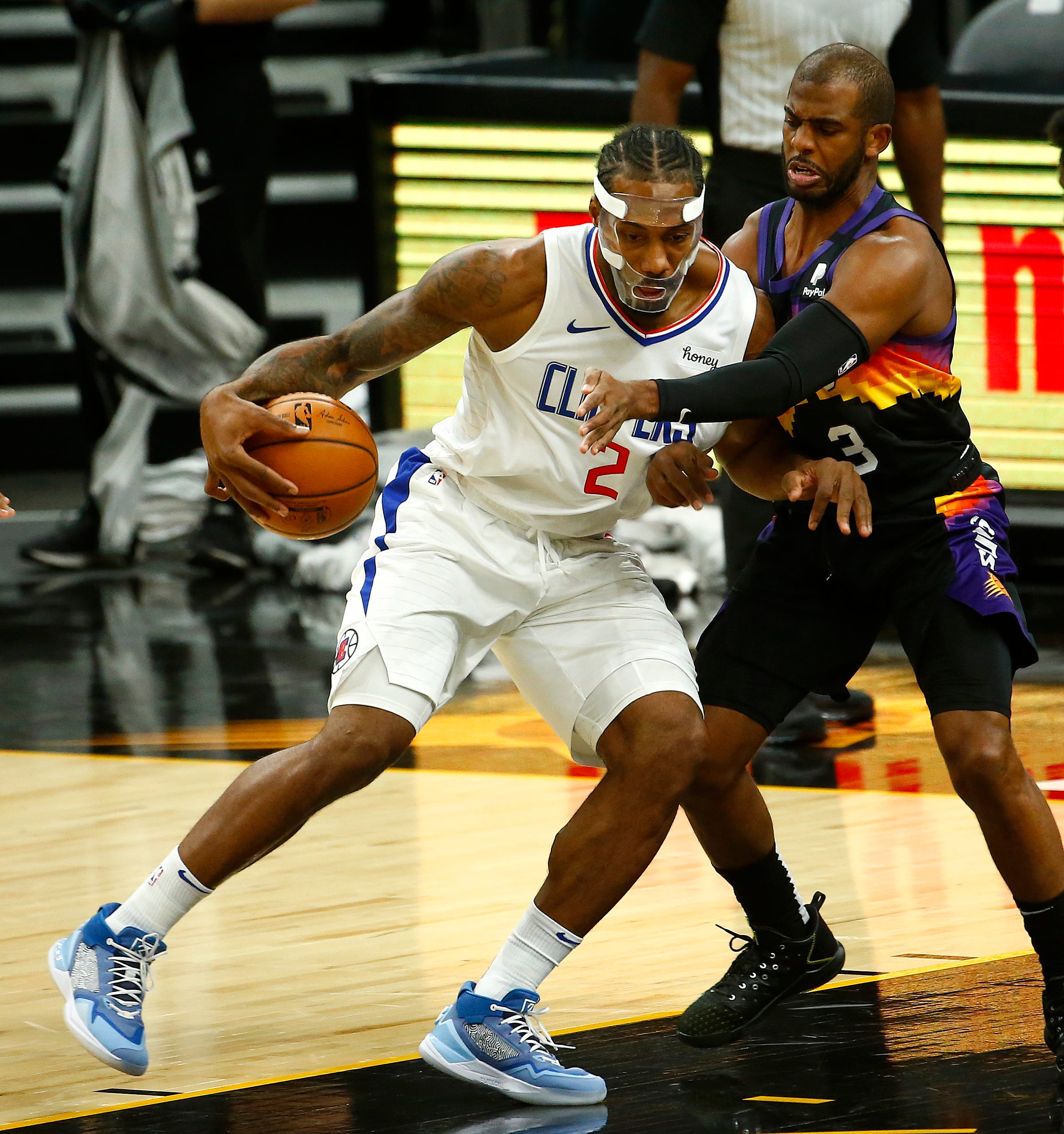