As consumer genetics giant 23andMe prepares to go public, the personal genetics market isn’t what it once was.

But that hasn’t stopped competitors from building out niches in other areas.

Based on the widespread availability of genetic testing for health risks, the public might presume scientists and healthcare professionals might have figured everything out about the genome, but they haven’t, Kumar said.

Direct-to-consumer genetic testing has largely raced ahead of consensus among academic scientists and clinicians on what genomic sequencing can do. A study published in February in the British Medical Journal found that the type of genetic screening tools typically used by companies like 23andMe and Ancestry was less accurate in correctly predicting genetic risks.

Restating concerns over FDA approval, Kumar added that “data without context is meaningless.”

Though the market for consumer genetic tests may have stabilized after bottoming out, sequencing as a whole is still poised to grow in the next few years, whether overseas or in the US. And 23andMe’s Anne Wojcicki told Insider the company saw an uptick in interest during the pandemic.

In its latest presentation to investors in February, 23andMe highlighted both the role of consumer products and drug discoveries in its business, pointing out subscriptions for new health screenings as the next phase of direct-to-consumer growth.

Not all companies, however, have amassed 10.7 million genotyped customers like 23andMe has. Spurred by the pandemic, diminishing consumer interest, and concerns over data privacy, companies that started out in the direct-to-consumer DNA testing space have largely taken different approaches to growing their businesses.

Here’s how companies like 23andMe and its competitors have fanned out into other less buzzy areas of healthcare or even exited the game altogether.

With over 10 million customers, 23andMe wants to keep building its business through consumer subscriptions and drug development. 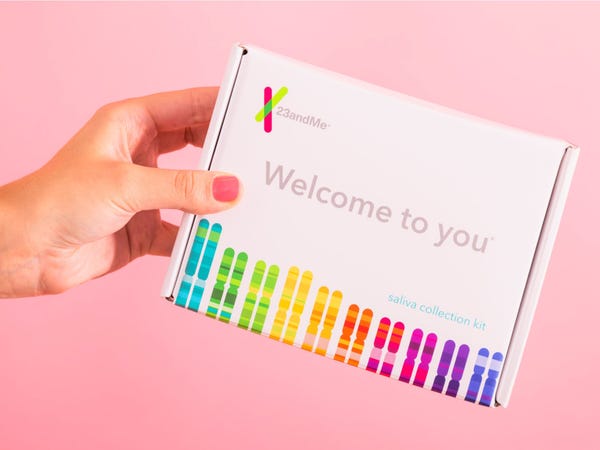 As it heads for a public debut via a SPAC deal with Richard Branson’s blank-check holding company, 23andMe is one of the leaders in the direct-to-consumer genetics market.

With over 10.7 million genotyped users, the company’s latest investor presentation indicated that it plans to use its massive data set in two key areas: subscription-based ancestry and health risk analysis that could inspire people to take action about their health and personalized drug development.

Citing numbers like over 12,000 customers identified as increased risk of chronic kidney disease, 23andMe said its dataset has the potential to diagnose, prevent, and treat of most, if not all, human diseases. To date, the company said it has secured six FDA authorizations for its health screens.

Its investor presentation also signals it plans to utilize its massive genomic dataset to improve drug development, a notoriously inefficient process with a high rate of failure. Through genome-wide association studies, 23andMe said it can more efficiently develop drugs, pointing to COVID-19 research study and the cancer immunotherapy drug it has in human trials with partner GlaxoSmithKline.

Ancestry Health will wind down by mid-2021 as Ancestry refocuses on its original mission of using DNA to track down family history. 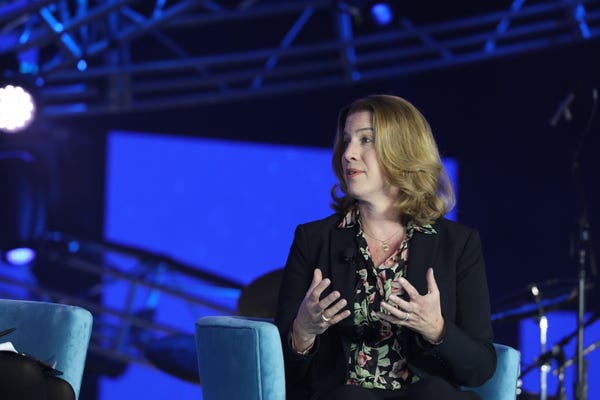 For Ancestry Health, 2021 is the end of the road. In January, Ancestry said it would end its 15-month long effort to consumers genetic insights into their health. The company said it would completely shutter the product by the second half of this year, but would provide Ancestry Health customers support through the transition.

Originally launched in October 2019, Ancestry Health hoped to compete with 23andMe for consumers seeking information like cancer risk and carrier status for genetic conditions.  Ancestry required a doctor’s involvement in the process of ordering a test and interpreting the results.

“Ancestry made the decision to discontinue AncestryHealth because we have a big opportunity in Family History and AncestryDNA and want to focus our resources on growing our core subscription business,” a spokesperson said via email that confirmed the company has no current plans to re-engage in consumer health efforts.

Color plans to use genetic testing as a gateway to snag hard-to-reach patients. 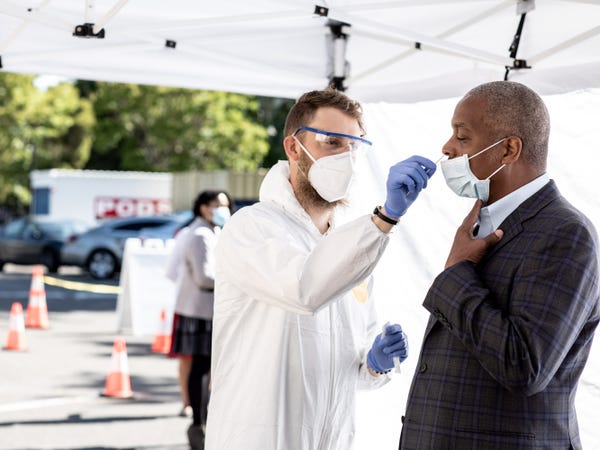 Color got its start in 2015 selling tests that told you your risk of certain kinds of cancer and cost $249. Six years later, Color now provides additional services to help manage the health of entire populations – with genetic screens as part of a larger package deal.

Over the years, Color has made public and private partnerships including the National Institutes of Health, Chicago’s NorthShore University HealthSystem, and Alphabet’s Verily Life Sciences. In January, Color raised $167 million in a round that valued the private company at  $1.5 billion.

Though Color had already begun moving through a large health system and employer partnerships model prior to 2020, the pandemic further reaffirmed its strategy at trying to reach patient populations who otherwise might not seek primary care.

CEO Othman Laraki told Insider in February that Color is a “health infrastructure and services company” rather than a startup chasing 23andMe’s coattails in direct-to-consumer genetic testing. Though they still provide genetic tests directly for anyone who’s interested, they’ve focused their latest efforts on partnering with large employers and health systems to get more people in the door.

During the pandemic, Color supplied software to coordinate COVID-19 testing and vaccine rollout across the state of California after initially partnering with Carbon Health in San Francisco to offer COVID-19 testing citywide.

Helix has tackled COVID-19 testing efforts, and is betting partnerships with health systems will play out better than an "app store" for genetics. 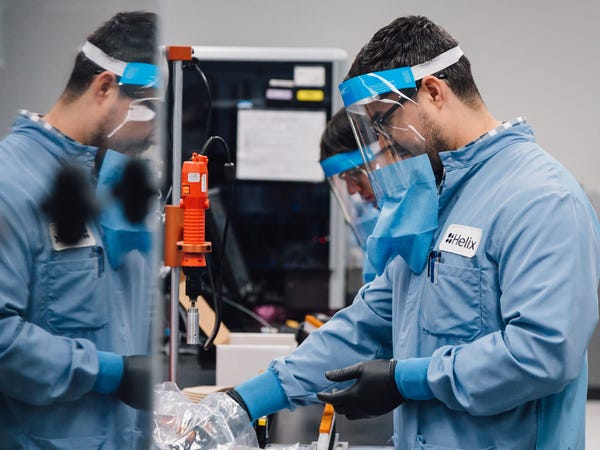 Originally spun out of the genomics giant Illumina, San Diego-based Helix began in 2015 as a direct-to-consumer “app store” for genetics that hoped consumers would send in samples and retest their DNA for ancestry, health risks, and more. At one point, they even offered one that claimed it would reveal the best wine for your unique taste buds.

In 2019, cofounder Justin Kao told Insider his company had begun working with health systems, tapping into patient populations who couldn’t necessarily get insurance coverage or pay out-of-pocket for tests.

2020 proved to be a good year to build out that strategy. During the pandemic, Helix has participated in both local nationwide COVID-19 testing and tracking efforts, working with the CDC to assess the prevalence of the B.1.1.7 coronavirus variant first identified in the UK in Florida, The Wall Street Journal reported in February. Working with Illumina, it helped roll out COVID-19 testing in San Diego, where both companies are based.

James Lu, Helix’s other cofounder, said the company’s mission — integrating genetics into healthcare — hasn’t shifted much since its inception. In January, the FDA granted de novo authorization to Helix’s whole-exome sequencing platform, clearing an easier regulatory path for any of Helix’s testing products in the future.

In a press release, Helix said that the  authorization is distinct from others because of its broader scope, covering approximately 20,000 genes. Lu said that data generated from this newly authorized platform would more easily gain market authorization, including tests for cancer and cardiovascular disease risk.

In Helix’s vision for how to best incorporate genetics into healthcare, clinicians, payors, health systems, and the patients themselves will be able to easily transfer their genetic data for different purposes.

With the FDA authorization, Helix has managed to decouple the process of generating genetic data from its usage, Lu added. The company’s guiding principle of “Sequence once, query often” is the future of genomics, he said.

In 2020, Invitae broadened its offerings through acquisitions and doubled down on its commitment to clinical genomics. 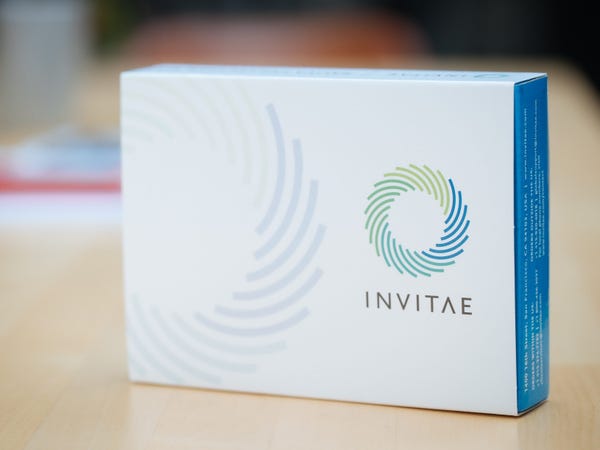 In February, Invitae acquired One Codex, adding a fully developed microbiome and infectious disease test to its already diverse platform.

Nussbaum said his company’s approach is more medically responsible than direct-to-consumer tests that don’t involve doctors, while not mentioning any competitors by name. By ensuring anyone directly accessing an Invitae genetic test receives physician guidance, it opens up the opportunity for people to seek follow-up genetic counseling, he said.