Grubhub Inc. (GRUB) shares fell more than 3% during Monday's session amid the ongoing market turmoil. While the COVID-19 outbreak has led to a spike in food delivery, there's growing concern about restaurant closures and delivery driver attrition. Consumers are also becoming concerned about the safety of take-out food amid the outbreak.

Over the weekend, Grubhub CEO Matt Maloney said that the company has received 10 to 15 times its usual new leads as restaurants eliminate dine-in options. Maloney also said that the market for delivery drivers remains robust, as many drivers are looking to replace lost income. These dynamics suggest that the company's service remains largely uninterrupted.

Analysts have been optimistic thus far. On March 9, Oppenheimer analyst Jason Helfstein upgraded Grubhub stock to Market Perform, saying that the company could see a net tailwind from the COVID-19 outbreak as more people work from home and avoid crowded restaurants. He sees the potential for sustained, industry-wide share gains after the outbreak passes. 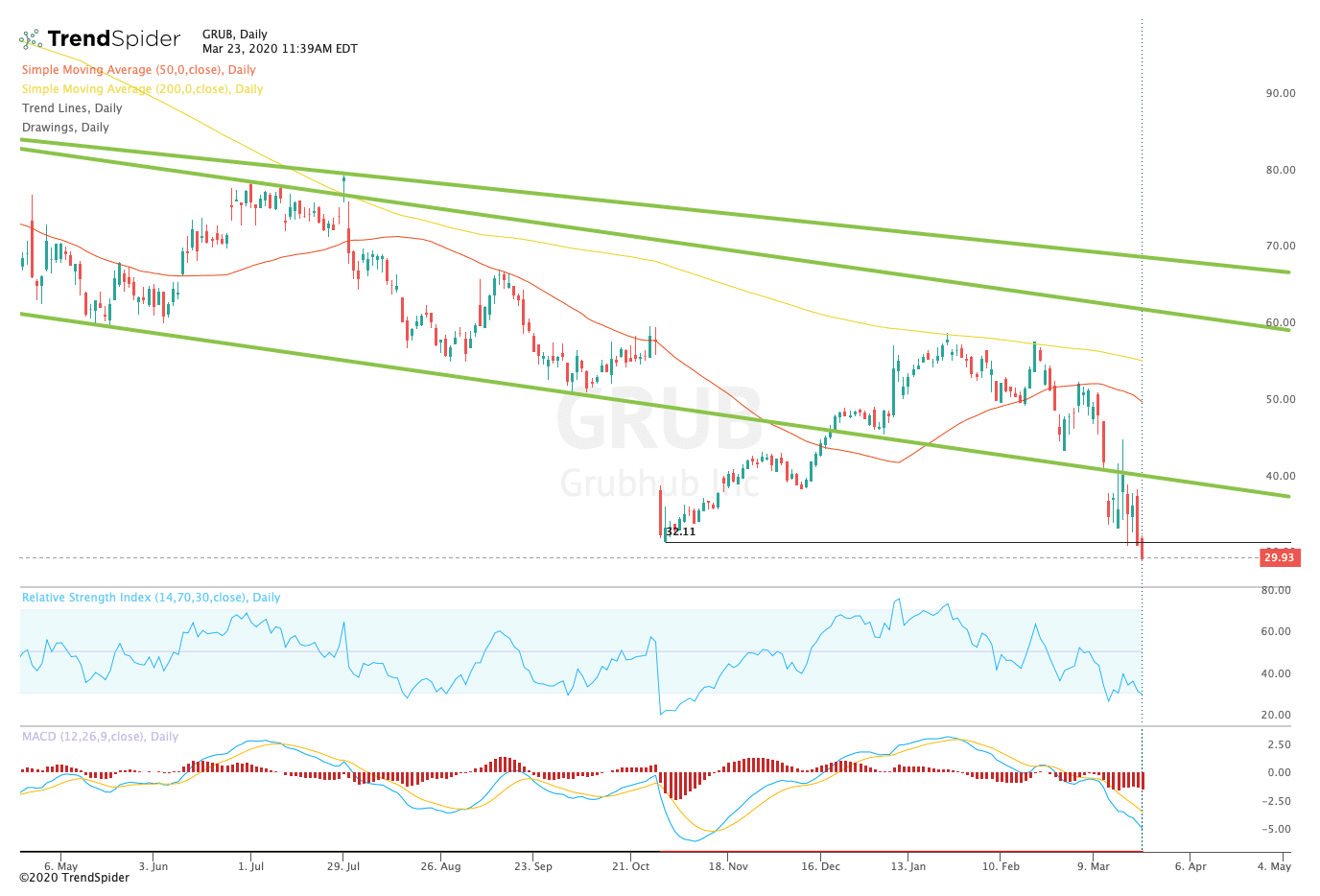 From a technical standpoint, Grubhub stock broke down from trendline support to fresh reaction lows. The relative strength index fell to oversold levels of 29.85, but the moving average convergence divergence (MACD) remains in a bearish downtrend. These indicators suggest that the stock could experience some consolidation before seeing further downside.

Traders should watch for a close above trendline support that could indicate a bullish reversal. If that happens, traders could see a move toward $42.50 to close the gap. A close below trendline support would convert the support level to a resistance level at $32.50 and pave the way for an extended move lower to fresh all-time lows.

The author holds no position in the stock(s) mentioned except through passively managed index funds.