Dhanteras has cheered up jewellers as it has turned out to be the best in three years, thanks to the lower price of the yellow metal and pent-up demand. 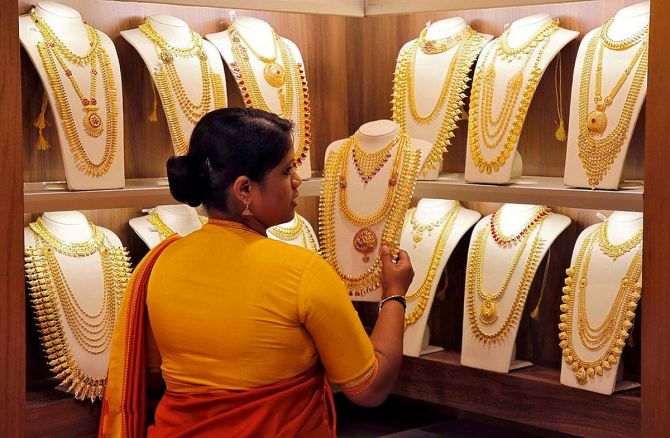 In Mumbai’s Zaveri bazaar, buyers came in out force and jewellers did not have to depend on freebies to induce sales, even though all of them had announced some offers.

In fact, more discounts were announced for diamond and studded jewellery.

“This Dhanteras, which is the biggest gold buying occasion in India, has been the best for jewellers in the last three years,” said Somasundaram PR, managing director of the World Gold Council.

According to market veterans, on average gold sales are estimated around 20-30 tonnes on the day of Dhanteras, and this year appears to be in line with that trend.

Jewellers were optimistic going into the festive season, especially since data pointed to a rebound in demand.

India’s gold imports were estimated at 90 tonnes in October, taking the tally for the first 10 months of the year to 762 tonnes, which already exceeds the full-year figures of the previous three years.

Surendra Mehta, national secretary of the Indian Bullion and Jewellers Association, said: “As expected, this Diwali investors are buying gold to increase its share in their portfolios and jewellery ahead of the marriage season, which begins from the third week of this month.

“As fears of Covid-19 fade, more people are coming to the market, which has also helped increase demand.”

After the very good Samvats of 2075 and 2076, gold prices remained static in India in Samvat 2077, while returns from assets like equities and mutual funds were very good.

However, as uncertainty looms over the horizon, investors have flocked to gold again.

One additional factor that has spurred demand is mandatory hallmarking in many parts of the country, which has ensured that purchasing jewellery is safer.

Besides, small and big jewellers are now on par in terms of purity.

There are 80,000 jewellers registered with the Bureau of Indian Standards.

Aditya Pethe, director of WHP Jewellers, said: “There has been a build-up in sales since last month.

“Compared to the past, this year we are seeing more footfall as well as sales due to low gold prices and pent-up demand and exceeded our target by 35 per cent by afternoon.”

He said people were also shopping across categories including gold jewellery, diamond jewellery, and bullion in the firm’s stores in Maharashtra, Goa, and Madhya Pradesh.

“We have also done promotions related to our diamond jewellery, but I must say, considering the enthusiasm among consumers, this time we didn’t need much promotion.”

An official of a digital gold platform said despite the Securities and Exchange Board of India’s warnings to registered investment advisors not to promote digital gold that is not regulated by it, small-ticket purchases have gone digital.