Sitharaman does away with loans from National Small Savings Fund to Food Corporation of India. 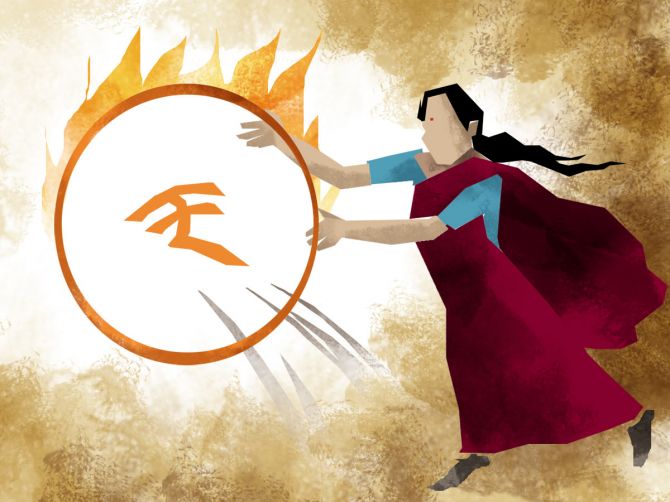 The government has brought further transparency in the fiscal deficit numbers by doing away with loans from the National Small Savings Fund (NSSF) to the Food Corporation of India (FCI) from the next financial year.

The government will provide Rs 2.54 trillion to FCI in the next financial year, wiping out its arrears.

For instance, it pegged this loan to FCI at close to over Rs 84,000 crore in the current financial year, which in fact was over Rs 60,000 crore lower from the Budget Estimates.

The government provided NSSF loan in the range of Rs 70,000 crore-Rs 1.1 trillion to FCI in the previous four years.

Besides NSSF loan, extra budgetary resources are being used for the Pradhan Mantri Awas Yojana-Rural to the tune of Rs 20,000 crore and rural electrification programme, UJJWALA (Rs 5,000 crore).

This might have also played its part in widening the Centre’s fiscal deficit to 6.8 per cent of the country’s gross domestic product (GDP) next year.

However, the deficit was pegged at 9.5 per cent of GDP in the current financial year.

If extra-Budget resources to the tune of Rs 1.26 trillion is also taken into account, the deficit would have ballooned to over 10 per cent of GDP in the current year, a rarity since the Fiscal Responsibility and Budget Management (FRBM) Act was enacted in the early years of the first decade of 2000.

However, extra budgetary resources are projected to fall drastically to Rs 30,000 crore in the next financial year.

If this is also taken into account, the Centre’s fiscal deficit would increase to 6.9 per cent of GDP in the next financial year.

Extra-budgetary resources would be used for public agencies for specific schemes, if any, next financial year.

In fact, Finance Minister Nirmala Sitharaman in Budget 2019-20 disclosed the borrowings of the government agencies that went towards funding the Centre’s schemes and whose burden was on the Union government.

In Budget 2020-21, she went ahead and included the loans provided by the government to the FCI through NSSF.

“Taking a step further in this direction, I propose to discontinue the NSSF loan to FCI for food subsidy,” she said.

Besides FCI, the government has been extending NSSF loans to the Building Materials and Technology Promotion Council under the urban development and housing ministry.

However, the loan extended was moderate at Rs 1,500 crore in the previous year and is pegged to reduce to Rs 1,000 crore in the revised estimates of the current financial year.

Metals and Mineral Trading Corporation of India was also given NSSF loan, but to the moderate amount of Rs 1,310 crore in 2019-20.

No loan is being extended this year.