(CNN)How unusual are this year’s Academy Awards? Begin with the fact they mark the end of a 14-month awards calendar, celebrating a roster of movies that people watched (we think, but don’t precisely know) on TV.

The grueling pandemic media environment that took hold not long after last year’s Oscars has given way to an awards season punctuated by record-low ratings for events like the Emmys, Golden Globes and Grammys. After delaying the ceremony and expanding the eligibility window through February, the 93rd Academy Awards will press on with a mostly in-person ceremony, one where the logistics have an inordinately high degree of difficulty.
If the awards season has felt like a marathon, the Oscars can’t help but feel as if they’re limping across the finish line. The movies themselves — which include five of eight best-picture nominees that primarily played on streaming services — speak to the times, and the pandemic year, in different ways. Small in scale, they’re the opposite of the global blockbusters that (before coronavirus, anyway) have been Hollywood’s life’s blood.

While attention will certainly focus on that central race, some of the most interesting and potential viewer-friendly action will occur in other categories, where — a year after “Parasite” became the first foreign-language film to earn best picture — history could be made in a number of ways.

Even in the best of times, the Oscars have struggled with the fact nominated movies increasingly fall into the realm of “art-house films,” as opposed to the broadly popular titles.

As Variety reported, no best picture winner has “cracked the top 10 in ticket sales” since “The Lord of the Rings: Return of the King” in 2004. Because streaming services seldom share viewing data, there’s not even a clear barometer for how many people have seen these candidates.
The relative absence of obvious blockbusters — often nominees in technical categories, like special effects and sound — is even more pronounced this year, with most of those movies postponed past the eligibility window hoping for a theatrical release.
This year’s perceived best-picture frontrunner, “Nomadland,” starring Frances McDormand as a woman who chucks it all and hits the open road, premiered on Hulu. It would have been a long shot to generate much commercial enthusiasm in any event.
In recent days the film has drawn criticism for its glancing depiction of Amazon’s working conditions and the gig economy, though suspicious minds have wondered about studios pushing such stories in the past to sway voters against rivals. 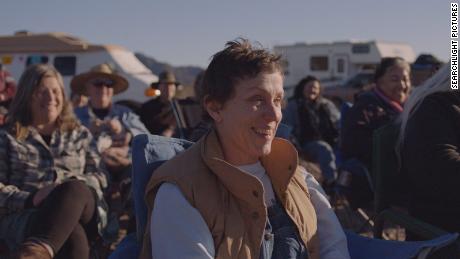 “Nomadland’s” story about searching for connection and celebrating the great outdoors surely resonated differently at a time when many were cooped up at home.
Similarly, “The Trial of the Chicago 7” and “Judas and the Black Messiah” explored historical stories about political turmoil and race that seem extraordinarily timely; “Minari” celebrates the immigrant experience through a Korean-American family; and “Promising Young Woman” deals with sexual assault, following the entertainment industry’s reckoning after the conviction of Oscar-winning producer Harvey Weinstein criminal sexual act and third-degree rape charges, and allegations of misconduct against other high-profile men. 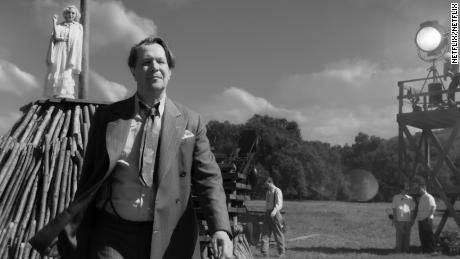 “Mank,” meanwhile, is a black-and-white look back at the movies’ heyday, about the making of “Citizen Kane.” Nominated performances by Anthony Hopkins and Riz Ahmed anchor “The Father,” based on a stage play about a man in the throes of dementia; and “Sound of Metal,” about a drummer losing his hearing.
As for the aforementioned history, this season’s precursor awards indicate all four acting categories have a chance of going to people of color, which would be unprecedented. 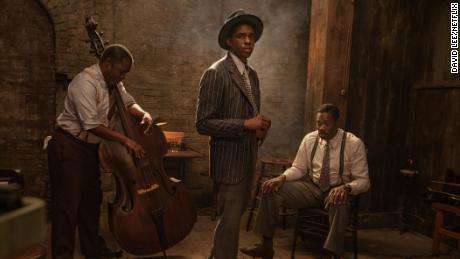 The late “Black Panther” star Chadwick Boseman is favored to become only the third posthumous winner in the Oscars’ 93-year history for “Ma Rainey’s Black Bottom,” and the first since Heath Ledger for “The Dark Knight” in 2009.
Similarly, “Minari’s” Yuh-Jung Youn could be the first Korean actress honored, and “Nomadland” director Chloé Zhao would represent the first woman of color to claim that coveted prize, having already broken through at the Directors Guild Awards and Golden Globes. Only one woman, “The Hurt Locker’s” Kathryn Bigelow, has won before. 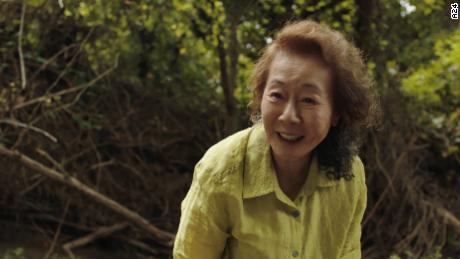 Another supporting actress nominee, Glenn Close, could make a different kind of history: If she doesn’t win for the otherwise lightly regarded “Hillbilly Elegy,” she’ll tie Peter O’Toole for the most Oscar nominations (eight) without taking one home.
Beyond such trivia, the broader mission for this year’s telecast will be to promote not just these movies, but after a year away from theaters, the experience of movie-going. For many in and around Hollywood, that issue was illustrated in sobering fashion by the announcement that Arclight Cinemas would be closing, clouding the future of the historic Cinerama Dome theater.

Those factors promise an Oscars as strange, in some respects, as the year that preceded it, one where the logical step after seeing who wins will be, if so inclined, finding where to stream it — assuming, that is, you haven’t streamed it already.
The 93rd Academy Awards will air April 25 at 8 p.m. ET on ABC.