Public Health Officials in Los Angeles reported on Wednesday that the county had detected the first cases of the Coronavirus variants originally seen in Brazil and South Africa. While only three instances of the virus strain from Brazil — also known as P.1 — and one instance of the variant from South Africa — known as B.1.351 — were detected, they are likely far from the only cases in the county.

Public Health Director Barbara Ferrer noted that, due to the expense, “Very few of our specimens are genetically tested in this way.” Statewide, only 5% of tests are run through genomic sequencing, according the California’s top health officer. The rate is even less at the county level.

P.1 is thought to be less susceptible to monoclonal antibody therapeutics and convalescent and post-vaccination sera, according to the CDC. Those are treatments used to address infections.

Those issues also apply for B.1.351, which is additionally thought to be 50% more transmissible by the CDC. 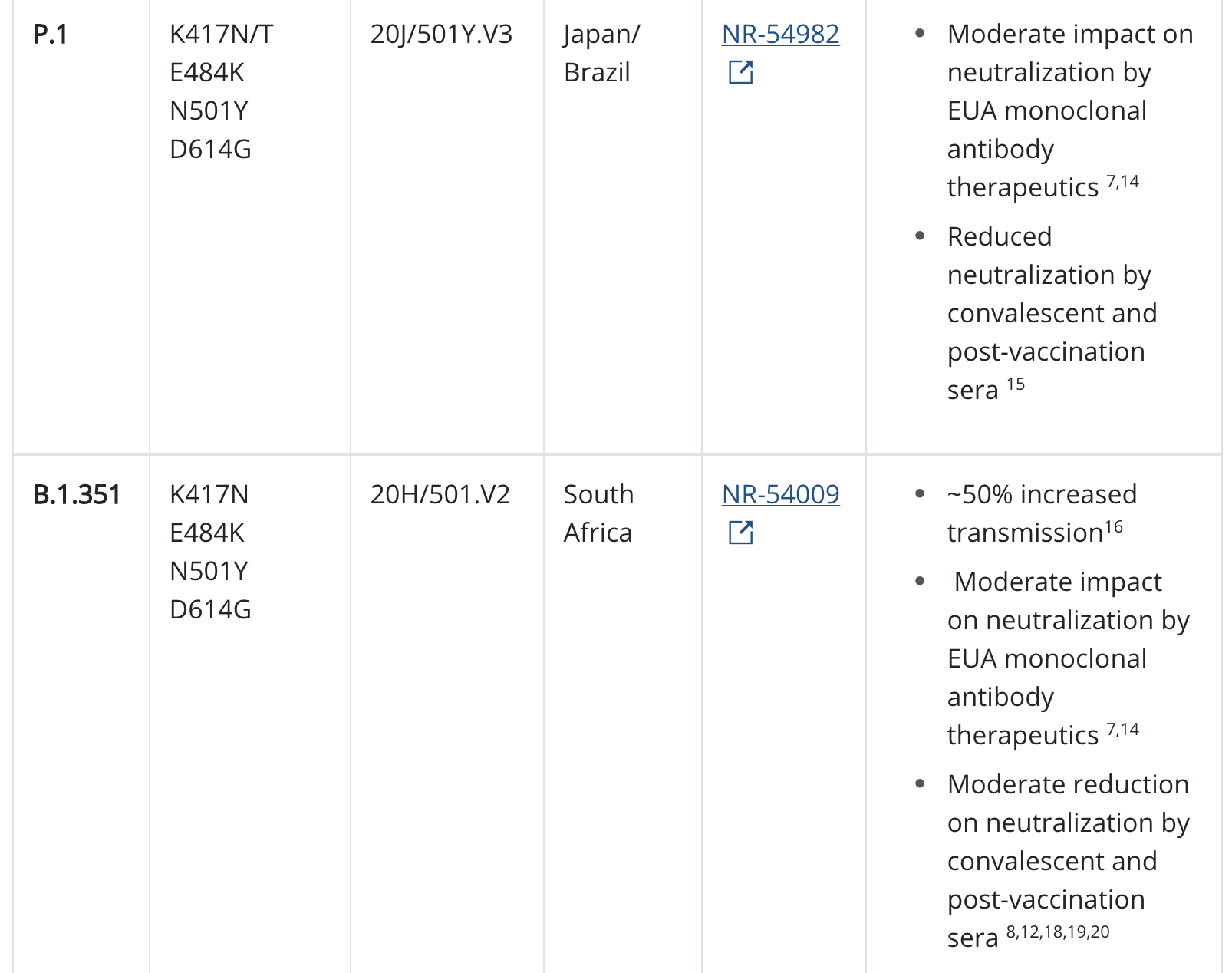 Even more concerning, however, is that the majority of samples genomically analyzed in Los Angeles County turned out to be variants of concern. That list was led this week by the more infectious U.K. variant — known as B.1.1.7 — which this week also became the dominant strain in the U.S.

While B.1.1.7 has been present in CA for months, its surge in L.A. is surprising because for at least the past four weeks the homegrown so-called West Coast variant — B.1427/B.1429 — has predominated in the state by a very wide margin. Numbers in the chart below demonstrate that, with the total instances of West Coast variants identified in the county to date sitting at 415 and the number of U.K. variants identified to date at 169. That’s 42% of all tests coming back with as B.1427/B.1429 and 17% B.1.1.7.

The spread at the state level are even more pronounced. As of April 1, 851 cases of the U.K. variant had been reported in CA. That same report shows, however, that a total of close to 10,000 cases of the West Coast variants had been identified to date. 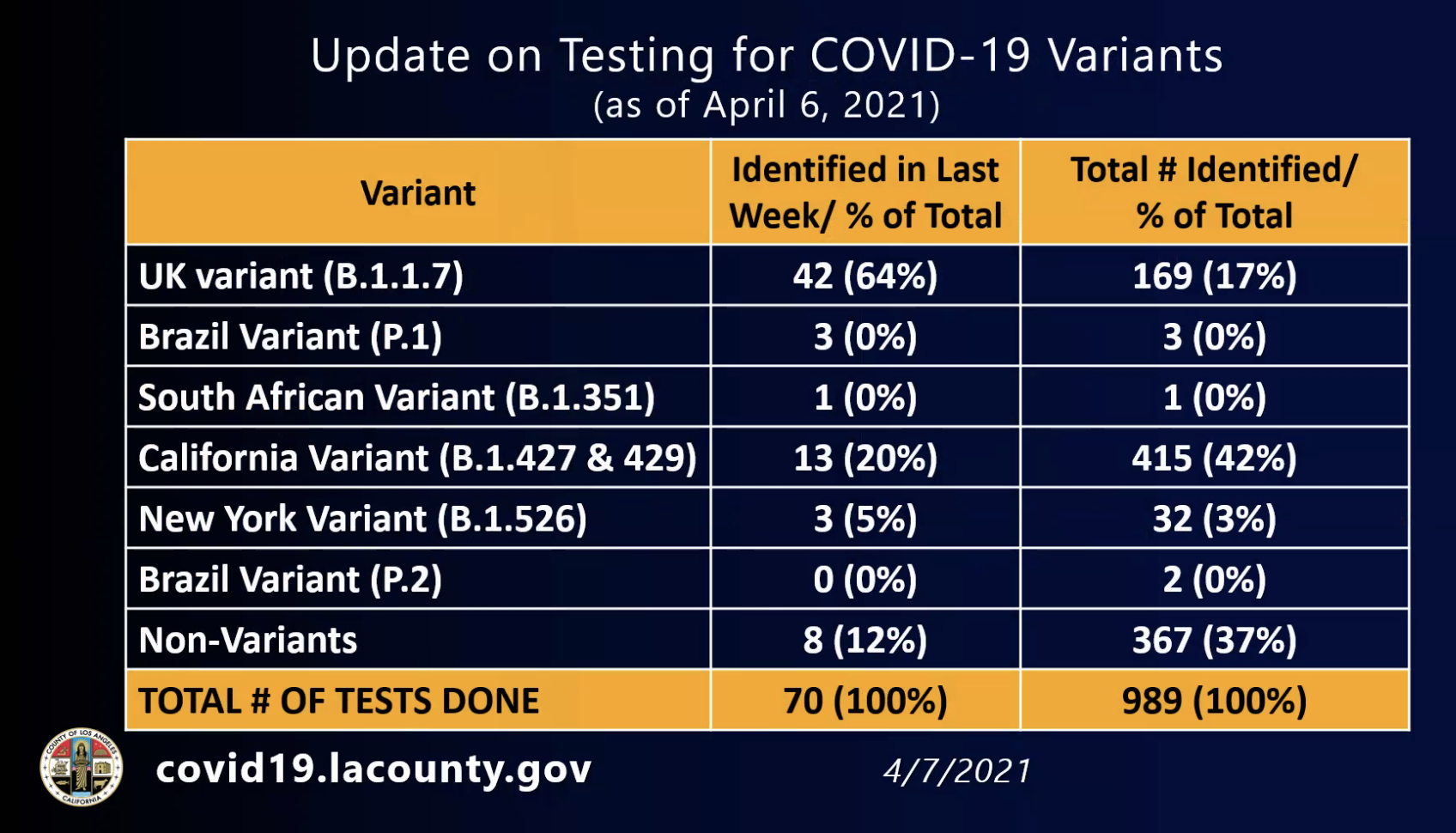 The discovery of the Brazil and South African variants in Los Angeles comes just two days after the Stanford Clinical Virology Lab confirmed California’s first case of an emerging “double mutant” variant that originated in India. One of India variant’s mutations is like a key alteration first discovered in the Brazil and South Africa variants. The other mutation is also found in a variant first detected in the West Coast variant. It is unclear at this time if the so-called double mutant is more contagious or vaccine resistant.

Of course, just Tuesday California Governor Gavin Newsom announced that the state plans to drop most of its Covid-19 restrictions on June 15 so long as infection and vaccination numbers continue to move in the right direction.