What should Warren Buffett do with his billions?

But this year, shareholders are banned from attending in a bid to limit the spread of the novel coronavirus, and Mr. Buffett will speak via a live-streamed video instead. It is a significant loss for Omaha businesses. The economic impact of the meeting alone is $21.3 million, according to Visit Omaha, the city’s tourism bureau.

It is also not the only cancellation to hit Omaha.

The annual College World Series, slated for June, has been postponed until 2021, as has the U.S. Olympic swim trials. Visit Omaha estimates that event cancellations from March 1 to June 30 will cost the city’s economy $197 million.

“It’s been a cascade of bad news,” says Dennis Pate, executive director and chief executive officer of Omaha’s Henry Doorly Zoo and Aquarium, which often hosts private parties over the weekend for Berkshire senior executives and board members, including Mr. Buffett. Mr. Pate expects the zoo to lose roughly $25,000 from event cancellations during that weekend.

Omaha isn’t alone. San Diego has canceled this year’s Comic-Con International convention; Boston has postponed its annual marathon to September. Cities across the world have been forced to cancel or postpone their marquee events due to the pandemic, each with its own unique and staggering economic toll. 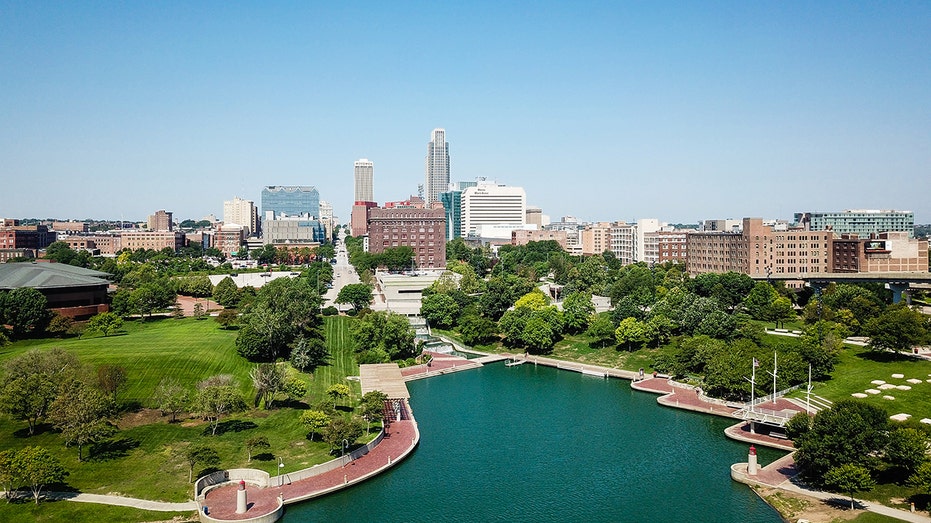 The CHI Health Center Omaha, operated by the Metropolitan Entertainment & Convention Authority, hosts the annual event in its massive arena and adjoining exhibit hall. A MECA representative says the loss of the Berkshire meeting will cost hundreds of thousands of dollars.

Hotels and short-term rentals around the city have seen a wave of cancellations. In 2019, hotel revenue in Omaha for the Berkshire weekend alone totaled $6.7 million, according to data company STR.

Kellie Rice, who rents out rooms in her house through Airbnb Inc., typically charges about $45 to $55 a night. During last year’s annual meeting, Ms. Rice charged around $200 a night.

“Some people on Airbnb were getting $600 to over $1,000 a night,” Ms. Rice says. “I thought there was no way people would pay that. I wasn’t going to make that mistake again this year.”

Instead, her bookings for the next several months have all but disappeared.

At Gorat’s, a favorite of Mr. Buffett, manager Gene Dunn says the steakhouse typically sees 3,000 patrons over the course of a Berkshire weekend. In all, the event usually brings in over $150,000. 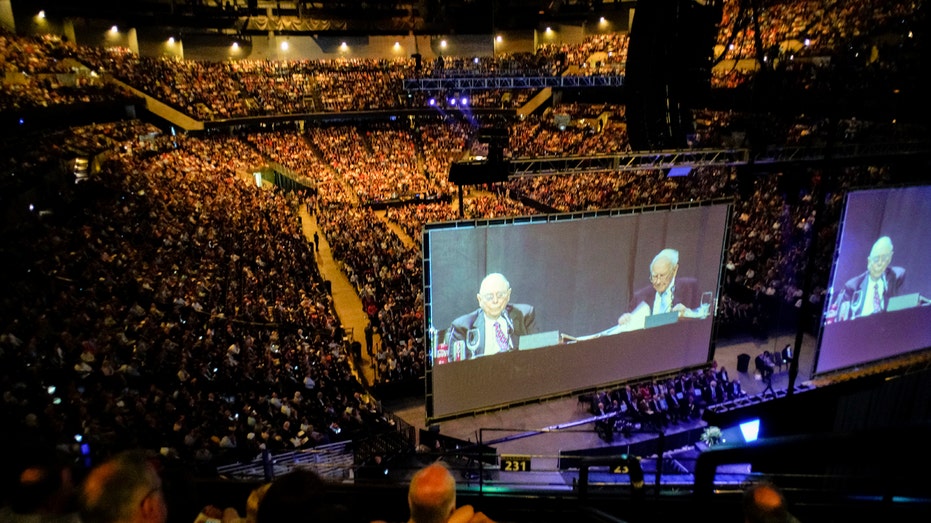 Warren Buffett, chairman and CEO of Berkshire Hathaway, right, and his Vice-Chairman Charlie Munger, are projected on large screens as they preside over a question and answer session during the annual shareholders meeting in Omaha, Neb., Saturday, Ma

Elizabeth Wallace, general manager at 801 Chophouse, said that there are three dates you must be available to work if you want to be hired by the steakhouse: New Year’s Eve, Valentine’s Day, and the Berkshire meeting.

“This is your moneymaking weekend,” she says, recalling her own days as a bartender and a server. “I’ll be able to pay my mortgage for a couple of months after working three days.”

Even if the event wasn’t canceled this year, attendees looking for a reservation would be out of luck. Both restaurants shut their doors in mid-March due to the pandemic, and on March 20 Douglas County mandated that restaurants close their dining rooms.

Aside from restaurants, there is also money that won’t be made at the CHI Health Center where several Omaha-based businesses typically join the dozens of Berkshire-owned companies in the exhibit hall.

Borsheims, a local jewelry store that has been a unit of Berkshire since 1989, usually takes a spot in the exhibit hall and hosts special events at its store on Friday and Sunday. Chief Executive Karen Goracke says the store has more than 20,000 visitors over those two days.

The store, which offers discounts to shareholders during the weekend, has been sending out guides to its vendors’ collections and offering its discount online instead.

“It won’t be the same opportunity to connect, but hopefully we can replace some of that feeling,” Ms. Goracke says.

One local business owner who will miss out on the exposure that a Berkshire meeting brings is Phillip Black, co-owner of the family-owned bookstore The Bookworm. 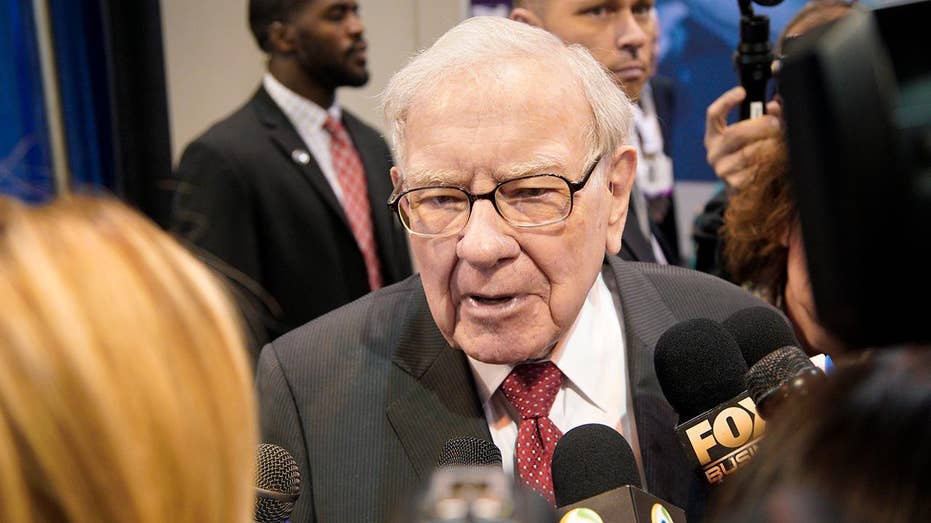 Mr. Black, who typically runs a booth at the convention center, says he will miss the excitement of selling at the annual meeting. He recalls that in 2005, The Bookworm sold about 3,500 copies of Berkshire Vice Chairman Charlie Munger’s newly-released “Poor Charlie’s Almanack” during the weekend.

Mr. Black says he and his wife, co-owner Beth Black, had been working up this year’s book list with Mr. Buffett just before the annual meeting was canceled. The bookstore will still be selling the titles and offering its special shareholder discount online.

Total sales at the event typically exceed $100,000, Mr. Black says, which is comparable to what the bookstore sells in a month during slower parts of the year.

This year will be different. The bookstore has received a Paycheck Protection Program loan that allows them to keep their staff filling telephone and web orders as foot traffic dies down.

“That will see us through April and May, and we just hope that everything revives,” he says. “In a business like this, you have to be optimistic.”

Write to Francesca Fontana at francesca.fontana@wsj.com