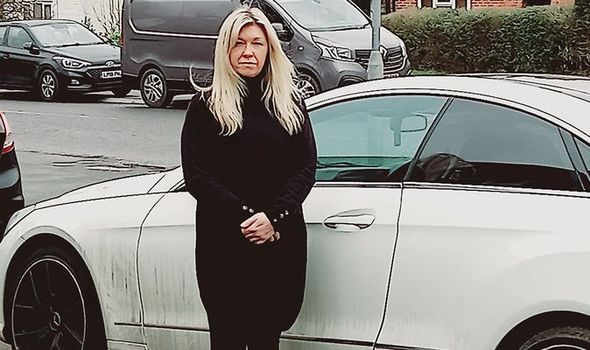 Atrocious value and abysmal service pretty much sum up the desperate experience of Debbie King during the six months after she bought the Mercedes E Class from dealer The Car Guys and lender Blue Motor Finance. Debbie, from Hertfordshire, has a nine-year-old daughter and works as a carer helping many vulnerable people.

++ If you’ve been affected by this issue or feel you’ve been a victim of injustice, please contact consumer champion Maisha Frost on maisha.frost@express.co.uk ++

Fearing it was her problem that would end up on the scrapheap, she told Crusader a couple of weeks: “I need a car to get to my client’s homes as well as support my daughter and a sick relative. Public transport is very limited here.

“This car has only worked for two months in the time I’ve had it. Now I’m paying for something that’s sitting outside my home, it would cost a fortune, even it could be repaired. It’s been a killing time for me.”

Justice for Debbie is now happening, after we took up the matter, but it still has a way to go.

Despite some better protections now including the sector’s adjudication scheme The Motor Ombudsman, this only applies to garages that have signed up to its good service code and are scheme members.

Joining is voluntary and many garages and dealers aren’t part of it. This means it can still be a Wild West out there for trusting motorists.

Debbie chose her 12-year-old Mercedes, which had 76,000 miles on the clock and came with a six-month warranty, in a part-exchange deal.

But three weeks after purchasing her car lost power, taking Debbie hours to limp home. The AA could find nothing amiss, but an independent garage’s report detailed concerns.

The dealer collected her car, supplying her with a courtesy one and adding an extra £200 as it kept it for two months.

However a further independent report continued to highlight problems. Debbie struggled along worried all the time it would break down and that is what happened just before Christmas leaving her and her family stranded.

“Even though the car is not new it should have worked better than this. I took photos of perished valves and burned areas beneath the engine,” she claims.

“I kept telling Blue Finance I wanted to reject the car. At first they said they would provide a courtesy car but then refused, because of my rejection request and they were waiting for The Car Guys to respond, so I’m stuck.”

After Crusader’s request for both parties to do the right thing by Debbie, The Car Guys said: “We are taking the vehicle back and the customer will be refunded.”

Blue Motor Finance told her: “Once your vehicle is collected we will be able to confirm how much you receive back.”

Should this not happen she could use her contract to take her complaint to the Financial Ombudsman.

Debbie felt she did not count, but Crusader has her back until this problem is sorted fairly.

While credit works out more expensive than paying for a car outright, it does provide more protection if the vehicle fails because lenders need to be regulated by the Financial Conduct Authority with complaints considered by the Financial Ombudsman.

When buying a used vehicle, firstly always check any warranty offered and examine the details, they might not be as comprehensive as you thought.

If your vehicle fails and your credit agreement is a hire purchase, conditional sale or hire agreement the supplier of the car is responsible for the quality. Goods supplied must be of satisfactory quality.

What that comprises exactly depends on the age, mileage and price of a vehicle.

Repair, replacement or rejection are all potential remedies. A consumer would be entitled to hand back a vehicle, receive a refund including any deposit or part exchange value. However they would be required to pay for any use.

A consumer might also be entitled to any out of pocket expenses, payment for further trouble and upset caused by the supply of a car that is not of satisfactory quality.

If the customer remains unhappy with the response from the finance company they could refer their complaint to the Financial Ombudsman.